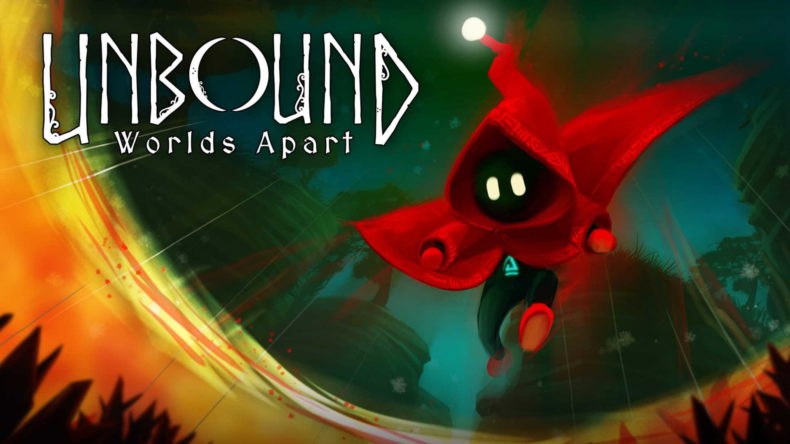 Video games and portals go together like spaghetti and meatballs. If you need to return to town to sell some loot in Diablo, throw down a town portal. When you’re travelling through time to save the world in Chrono Trigger, you’ll probably need to hop in a portal. Whether it’s to outpace a dangerous and sarcastic AI or just fast travel, there’s nothing better for the job than a shimmering magical portal. Unbound: Worlds Apart will have you thinking with portals all over again, in a thrilling 2D adventure.

The adorable mage Soli is a bit of a whizz kid when it comes to portals. But he’ll need to be to help save his friends. As everyone is celebrating at an annual festival, the world of Vaiya faces a new and mysterious threat which wipes out many mages. There’s an ancient evil that’s tearing his world apart, and only Soli can prevent this collapse from happening.

To traverse the corrupted lands and save the day, Soli will need to master using his portals to overcome obstacles. At any time you can place a large portal where you stand. Then, another dimension will replace the area you placed it. Different portals have different effects on the environment. So you’ll need to experiment to see what they change. A portal might reveal a platform you need to get over a high wall, or get rid of a pool of water that will kill poor Soli. 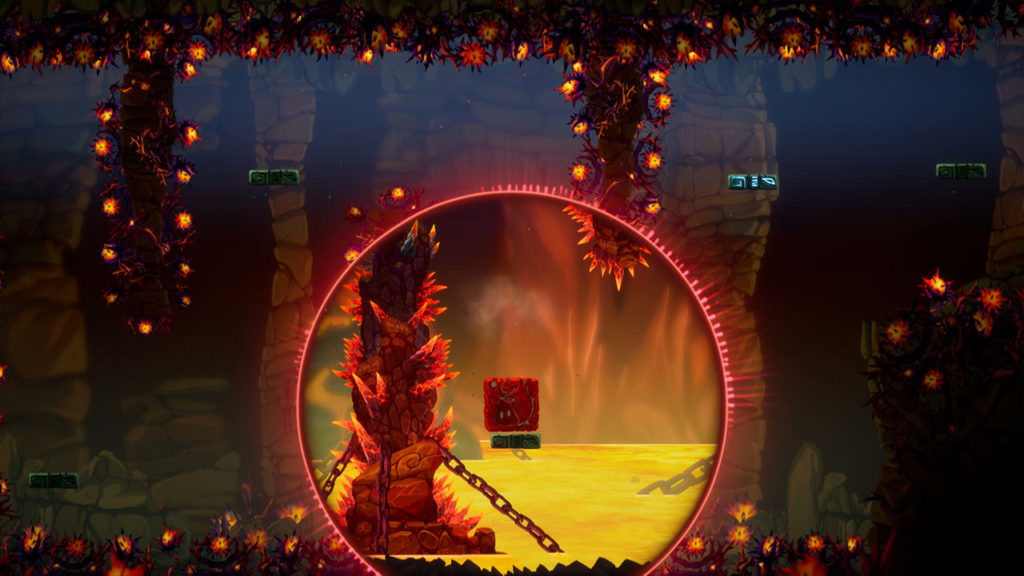 Portals also effect the creatures you meet on your adventures. A harmless butterfly might be a horrific flying beast on the other side of your magical wormhole, or a fearsome predator may turn into a handy pushable rock. Playing around with portals will almost always help you find the way forward, but it could also reveal one of the world’s deadly and legitimately scary creatures. With only one touch standing between Soli and death (which admittedly doesn’t really set you back) it’s worth being careful.

The first portal you’re able to use will simply reveal enemies and platforms, but before long you’ll enter an area with one of the many more unique portals available to you. One portal flips gravity allowing you to get anywhere you need, another turns Soli into a rock that can shatter cracked floors. There’s a portal that allows you to push huge objects, one that lights up the darkness, and even one that turns you tiny. There are 10 in total, and you’ll get chance to experience and master all of them as you traverse the world. 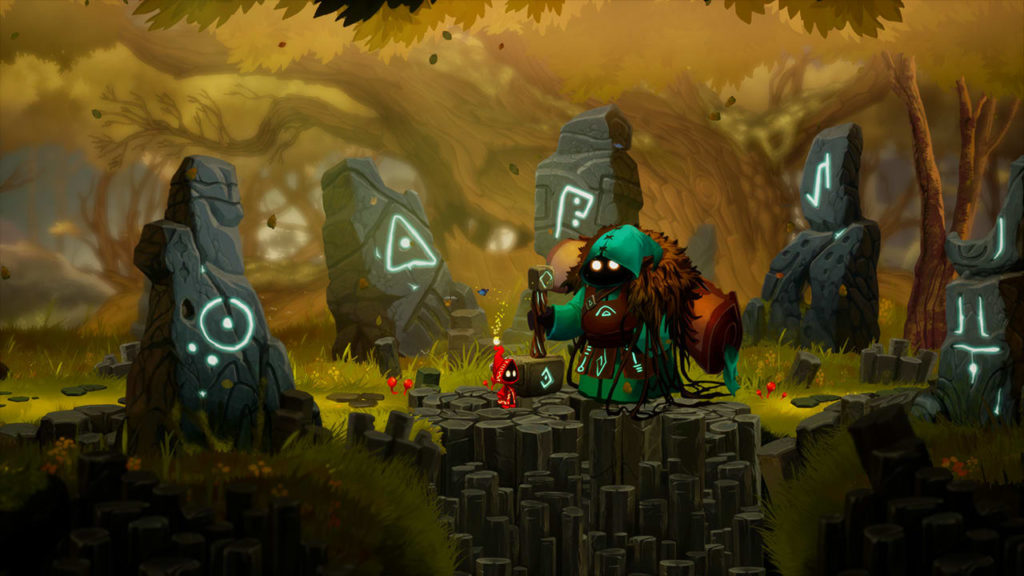 Unbound: Worlds Apart is a Metroidvania at heart, but doesn’t really demand the level of exploration you might expect for the genre. There are mages hidden in hard-to-reach places that unlock some backstory, but for the most part you’ll be going from A to B to complete an objective (which usually involves finding a few switches to unlock the way to a magical crystal).

If you really want to find every one of your hidden friends, it is worth backtracking once you’ve unlocked some of Soli’s new powers. You’ll soon learn how to double jump, dash and wall jump, and combining these powers with portals in a platforming treat. Soli controls really well, which is good because he’s got some seriously tricky precision platforming coming his way. 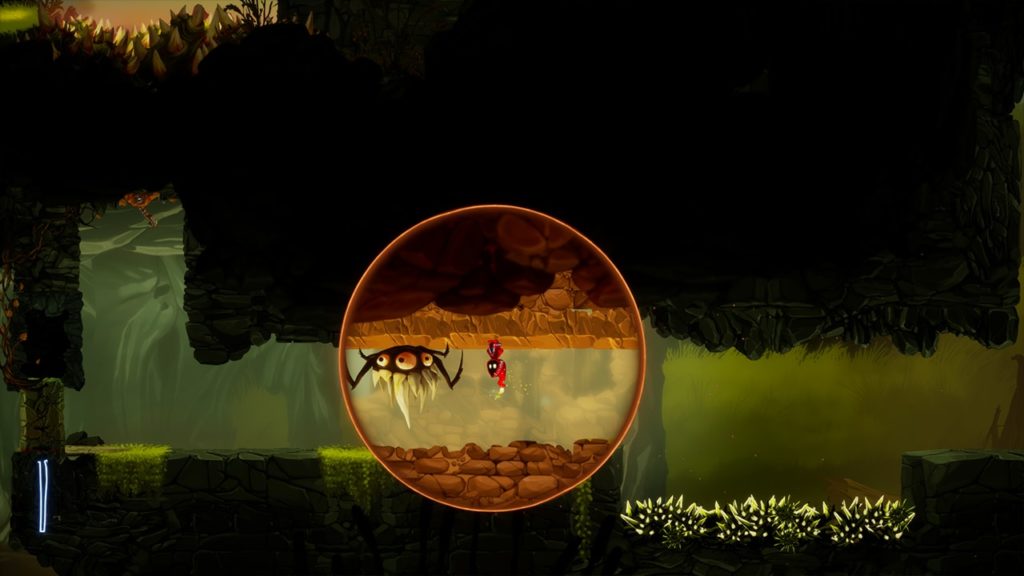 As well as jumping around avoiding spikes and water, you’ll also find a handful of boss fights standing in the way of your success. These horrendous creatures are all rather tricky to takedown, and will require you to do a lot of bullet dodging to survive. Fortunately the portals are on your side, and you might be able to use them to dodge attacks or slow projectiles. There are only a few bosses in the game, but they were among my favourite moments.

It’s definitely worth talking about how aesthetically pleasing Unbound is. The colour palette is a little darker than I’d usually appreciate, but perfectly suits the grim fairytale vibes. It feels somewhat similar to the Ori series, albeit maybe not quite that level of spectacular beauty.

I played Unbound: Worlds Apart on Switch, and as is sadly so often the case with Switch ports there were unfortunately some performance issues. Sudden frame drops are not uncommon, and get especially frequent further in the game. It got to the point where I started to assume dashing would always result in a small drop, and planned my jumps accordingly.

Unbound: Worlds Apart is a really enjoyable platform game, with some thoughtful puzzles and a delightfully dark atmosphere. If you choose to play on Switch you will unfortunately have to suffer through some slowdown, but this portal based adventure is worth experiencing for its clever use of a gaming staple.

Unbound: Worlds Apart is an excellent platform game with plenty of interesting portal puzzles, but it has a lot frame drops on Switch.

Tips for beginners to get started in Minecraft Dungeons