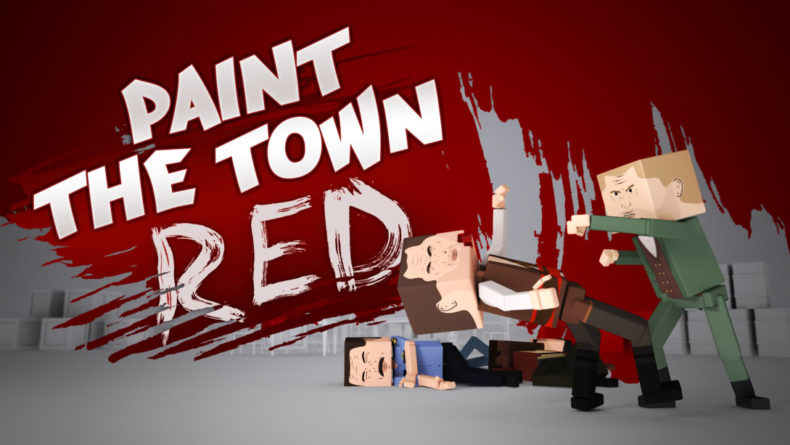 It may not be particularly tasteful, but there’s something very satisfying about playing an ultra violent video game. In days past a bit of gore was often all it took to sell a game. Be it a classic like DOOM or a more vapid experience like Postal. Brutal and bloody moments are still plentiful in video games, of course. But it’s rarer for them to be the focal point anymore. Paint the Town Red is looking to change that.

In the main Scenario mode of Paint the Town Red, you’ll be dropped into an environment and tasked with killing everyone in it. Sounds simple enough, right? But with dozens of enemies and only the weapons you find to survive it’s anything but. With each weapon you can jab, swing or throw. And with that knowledge you’ll be ready to have a hell of a nightclub brawl.

There isn’t a whole lot to these stages, but it’s the little things that make these brawls interesting. Firstly, when you begin the chaos and start throwing fists (or pool balls) other people in the environment will start scrapping with each other. It makes for a real movie style bar room brawl, and is just very entertaining. 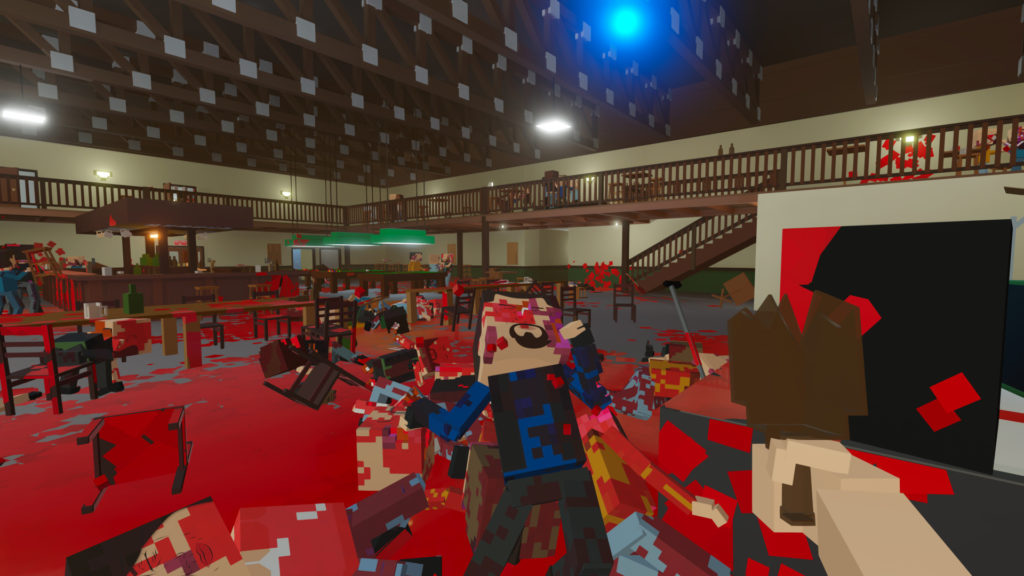 The other detail that really elevates this simple gameplay is the ultra violence. Characters in Paint the Town Red are made of Voxels, you see. Any time you hit them you’ll indent them and chip away at the blocks that make them up. After a few swings you’ll see nothing but soft tissue, and eventually skulls and eye sockets can be seen through the face. It’s genuinely one of the most horrific sites I’ve ever experienced in gamin. I regularly cried out in sheer disgust at these poor people like I’d just watched a Jackass stunt gone wrong.

As well as your basic attacks, you also have a variety of special abilities you can use when you’ve beaten enough people to a pulp. There’s a shockwave that sends everyone flying (especially fun if there’s a balcony). Also present is a berserk mode which makes each of your punches so powerful that heads explode. Then there’s a lightning strike that you can call down from the heavens. It feels pretty phenomenal to use these powers, and if you can stomach all the red it looks even better. 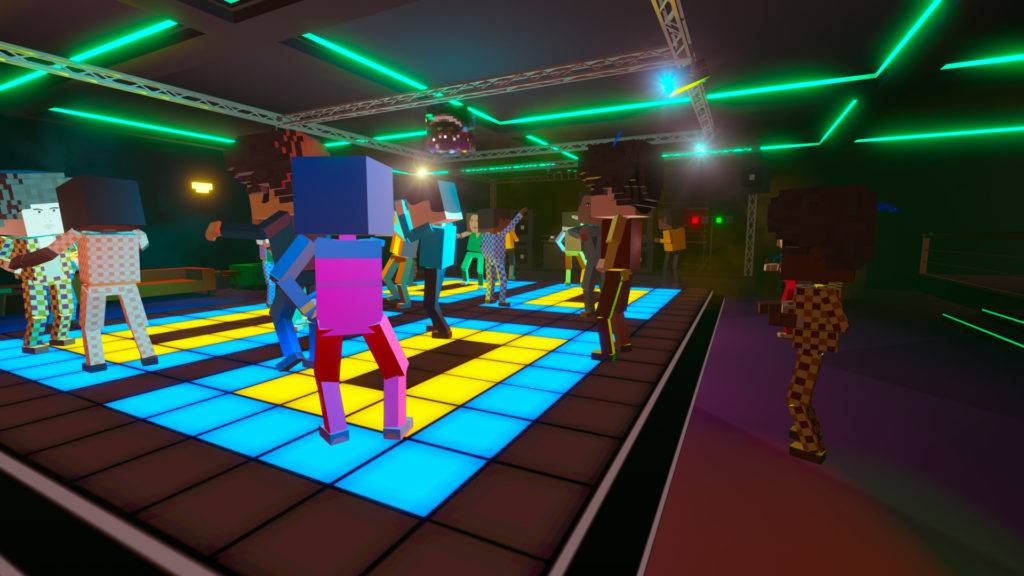 After you’ve played around in the 6 ridiculous combat stages, you’ll probably want to jump into another mode. One of these is the arena, where you’ll face rounds of enemies equipped with specific weapons. It’s a fun little diversion and quite a challenge. But nothing quite compares to trying to be the last man standing in a western saloon or prison.

The final mode (and the one that’ll probably take up most of your time) is “Beneath”. This roguelike offering starts by giving you a choice of classes, ranging from burly powerhouses to a warlock with epic elemental abilities. Once you’ve selected the one you want, it’s time to take the elevator down to the caves (which took me about 5 minutes to find in the huge lab hub area) and start your run.

In the caves you’ll find the usual random roguelike upgrades and weapons to help you make your way through each area. The combat in Paint the Town Red is enjoyable. But for a permadeath mode like Beneath it feels a little imprecise. I also really didn’t appreciate the different enemy types in this mode. It feels so satisfying to deal grotesque voxely damage to the standard people, and replacing them with zombies, crystal crabs and Cthulu heads just takes away some of that sick pleasure. 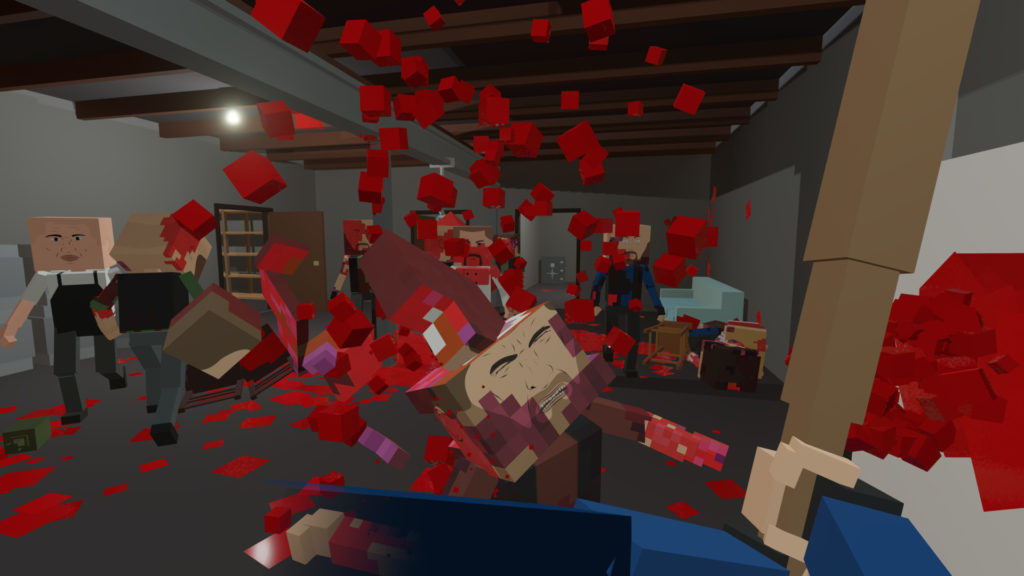 It’s hard to truly recommend Paint the Town Red when only one of its game modes is truly that special. The roguelike mode certainly has some depth, but just doesn’t have that the same appeal as a big bar brawl. The relatively small number of enemies in the arena means the chaos is toned down there too. It’s a real shame, because if the pure bloody joy of Scenario mode could’ve been captured in the other two this would be a really worthwhile package.

Paint the Town Red has some seriously satisfying gory gameplay, but not all of its modes are created equal. Having a big scrap in each of its themed stages is an absolute blast, but the roguelite mode is unfortunately a bit of a letdown. If you really feel like hacking away into faces though, it’s hard to deny sick pleasure that this voxel brawler brings.

There isn't much more satisfying than the huge brawls and voxel gore of Paint the Town Red, but not all of its game modes are that enjoyable.