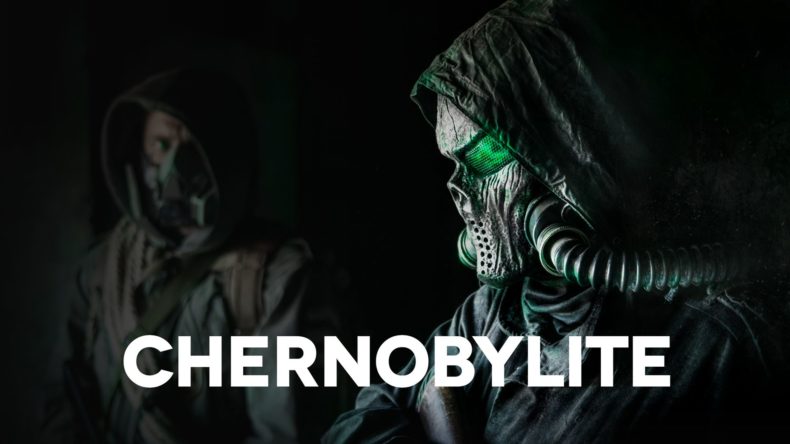 How far would you go to save the love of your life? That’s the question indirectly asked by Chernobylite, a survival horror from The Farm 51. Originally released into early access a while ago, Chernobylite is finally getting a full release – and it’s coming to consoles too.

In it you play Igor, a scientist formerly stationed in Chernobyl. Igor has returned to the legendary site to find his missing wife, Tatyana. Without a doubt, this is a highly fictionalised version of the famous dark zone. The titular Chernobylite is a dark green crystal which, among other things, powers an actual portal gun. Mutants and monsters stalk the forests, and the NAR militia have taken up residence to patrol the highways and ruins. 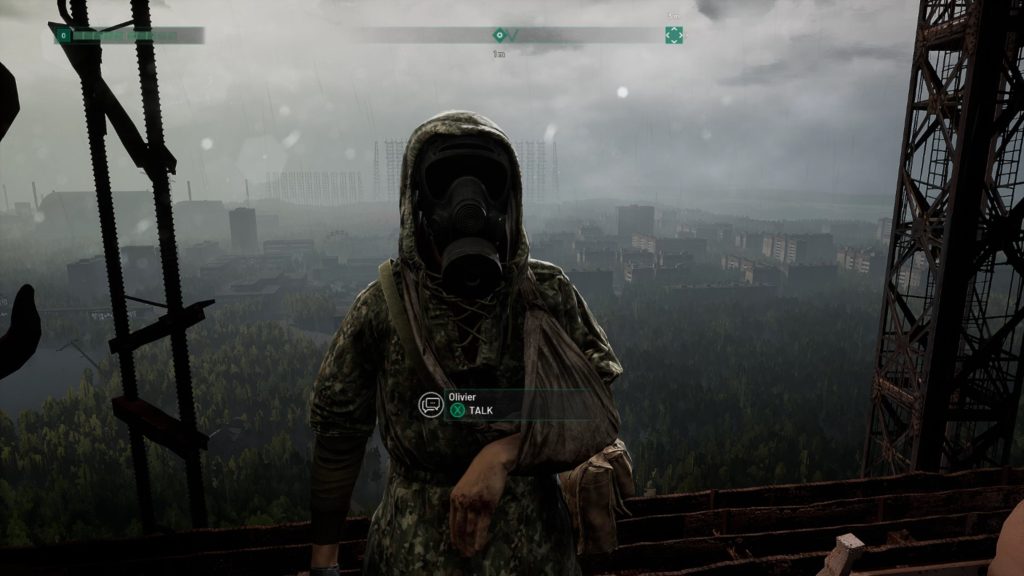 Chernobylite takes several detours away from the standard survival horror routes. Yes, you must scavenge materials ammunition, herbs and ingredients. And yes, there are terrifying monsters lurking in the shadows. But Chernobylite balances the survival and horror elements to such a degree that surviving rarely feels like a chore and the fear rarely feels oppressive.

This is partly because you’re never really alone. The main thrust of the story is that Igor and Olivier must find and recruit other survivors, such as a spy and a sniper, in order to build a team skilful enough to infiltrate the nearby labs and bases. Once you recruit people you bring them back to the warehouse, where you’ll need to build a variety of work stations and amenities.

You’ll craft weapons, armour, healing items, gas masks and ammo. You’ll install beds, workbenches, herb gardens and mini farms. And between these moments of levity and homebuilding, you’ll embark on missions in the wilderness. Each morning you’ll be presented with a variety of missions. Some are critical path story missions, while some are to scavenge supplies, investigate areas of interest, or sabotage the NRA. 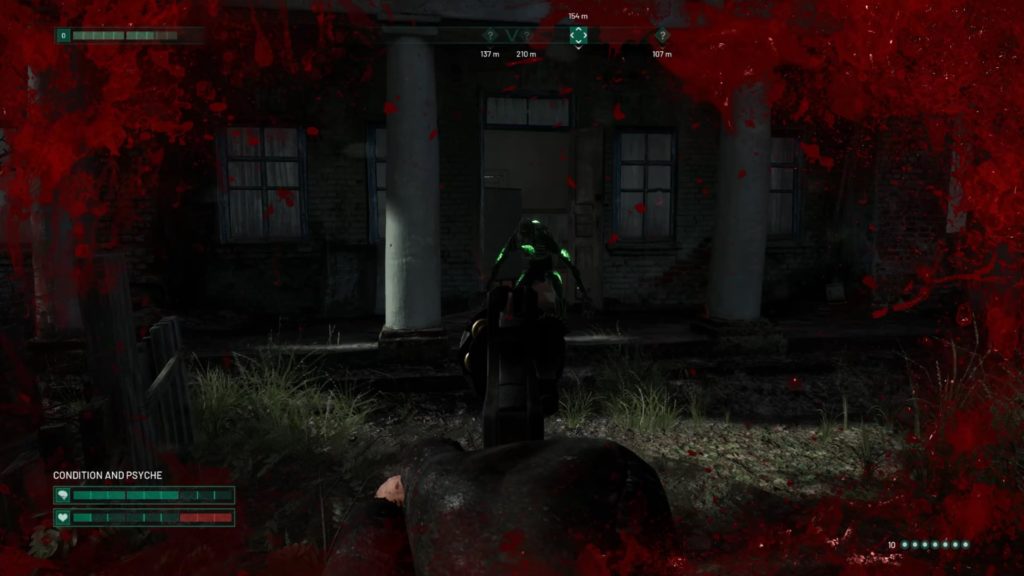 First you must assign team members to go on the missions. They all have a percentage of success or failure, and picking the wrong person for the job can have disastrous consequences. And I don’t just mean in terms of losing the resources you sent them to get. Any negative actions can have a seriously detrimental affect on the individual’s physical and mental well-being. This in turn can lead to dissent and abandonment or, worse, death.

But the little group you slowly build is a comfort. Some trips outside can be harrowing, as Igor’s mental state slowly begins to unravel. Hallucinations, beasts, even his own actions, reduce his sanity and health. A small geiger-counter allows you to track build-ups of radiation which can make you severely ill or even kill you, but which often lead to useful loot and materials. Gas masks will help, but you’ll also need filters.

Weapons used by the NRA are DNA-coded, and so you’ll have to find old weapons which you can upgrade and modify. Ammo is scarce, and monsters take a while to kill, so you will need to be creative. Only engage enemies when you must, and kill soldiers quietly. Engaging in firefights is a good way to get killed. 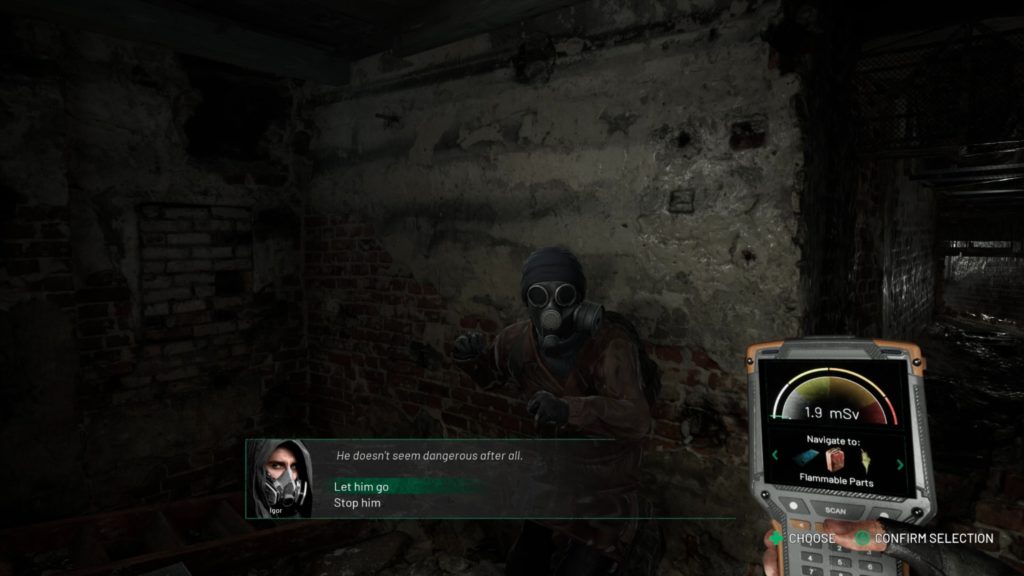 Luckily, you’re allies can impart their wisdom at the cost of skill points. When you level up you’ll earn points to exchange for training. You can learn how to move quietly, how to aim better, move faster, reload weapons quicker and craft new gear and items. It’s a cool system that hammers home the importance of interacting with your allies and keeping them alive. It’s quite a thing to have to go out and risk your own life to find herbs and ammo to keep your allies safe. Sometimes you’ll have dialogue choices that will affect relationships, so pay attention to what’s being said. Igor is a bit of a stuffy prat at times, despite his courage, and it’s easy to upset people.

There’s a lot going on with various menus, but even if you’re playing on controller it’s pretty intuitive. You have a big inventory and can assign items to quickslots for ease of use. Running out of ammo at the wrong time can be disastrous, but there are traders out in the wilderness who will barter specific goods, such as trading medicine for food, or ammo materials.

Aesthetically, Chernobylite is fairly impressive at times. Ruddy sunlight forces its way through tangled tree branches, while thick mist swallows riverbanks whole. There’s a certain beauty to some areas, while the detail in abandoned buildings and graffiti-covered walls creates a strong sense of place. Picking your way through dense foliage can be absorbing and nerve-wracking. Your gieger-counter allows you to search for individual item types with its pulse, but suddenly seeing a yellow or red direction arrow will give you pause. This means an enemy is nearby and you’d better prepare to sneak or fight your way out of trouble. 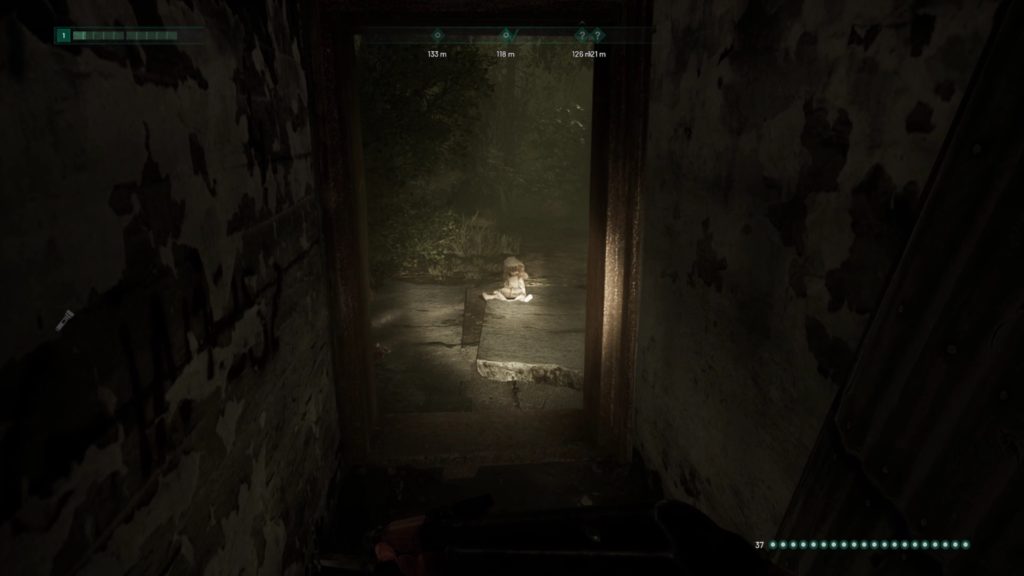 If anything, the shooting could be better. Granted, Igor isn’t a trained soldier and his clumsiness adds to the tension – but it does feel imprecise sometimes. And missions can overwhelm you with points of interest on the compass. Although, this may be deliberate, as your own curiosity can be your worst enemy. Death comes easy anyway, while curative items and remedies are rare and costly.

Chernobylite: Survive at any cost

Chernobylite surprised me. I, perhaps unfairly, went in with low expectations. I thought it would be another run-of-the-mill jump scare fest with infuriating survival elements. Instead, it’s an oddly thoughtful adventure peopled by interesting characters. The monsters aren’t as scary as they need to be, and some of the writing can veer towards cheesiness, but these are fairly minor complaints. The central mystery of an engimatic stalker, Igor’s missing wife, and just how much of what’s happening is even real, are hooks enough to keep you moving forward. A word of advice though: play it in Russian with English subtitles. The voice-work just sounds more authentic.

Fans of hardcore survival games might find Chernobylite a little too easy-going, while horror aficionados may not be horrified enough. But if you’re looking for a more balanced experience with a compelling world and a lot of varied mechanics, Chernobylite is well worth investigating.

Fans of hardcore survival games might find Chernobylite a little too easy-going, while horror aficionados may not be horrified enough. But if you’re looking for a more balanced experience with a compelling world and a lot of varied mechanics, Chernobylite is well worth investigating.