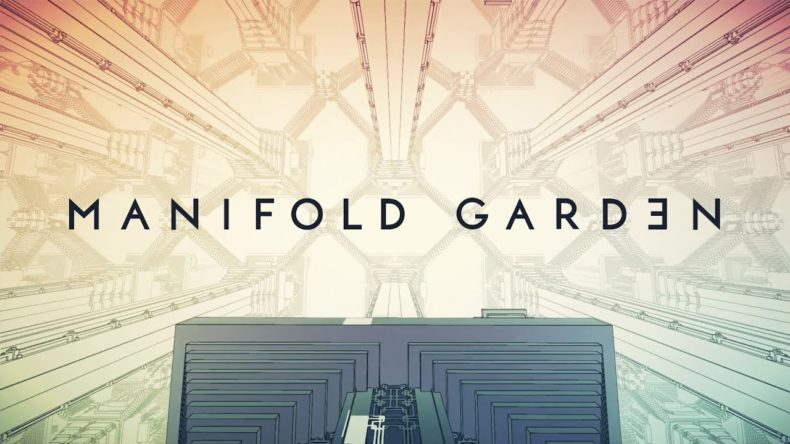 You know a game has done something special when you’re left smiling after it’s all over. And when the credits rolled on Manifold Garden I couldn’t help but beam. What I’d just experienced was one of the most unique experiences I’d played in a long time, with its own style and ideas. Yes, it’s a puzzle title, but there’s lots to like throughout its five hours run time. It messes with your head, but in the best possible way and it’s easy to see why this title garnered so many fans when it originally launched on PC and iOS. Out on console (shadow dropped, no less), Manifold Garden will once again showcase its flair, and it’s not to be missed.

Manifold Garden starts off incredibly simply. It instructs you how to move around, before introducing you to its key mechanic of being able to rotate the entire world around 90 degrees. It then asks you to push a series of coloured buttons to open doors before introducing coloured blocks that must rest on pads of the same colour. It’s intuitive and embeds the idea that each 90-degree rotation is marked by a different colour. It also nods to a gravitational element as well, which will become very important before long. You progress through a few more puzzles before the game literally opens up to a sprawling never-ending vista of repeating areas with a precarious drop in front of you. 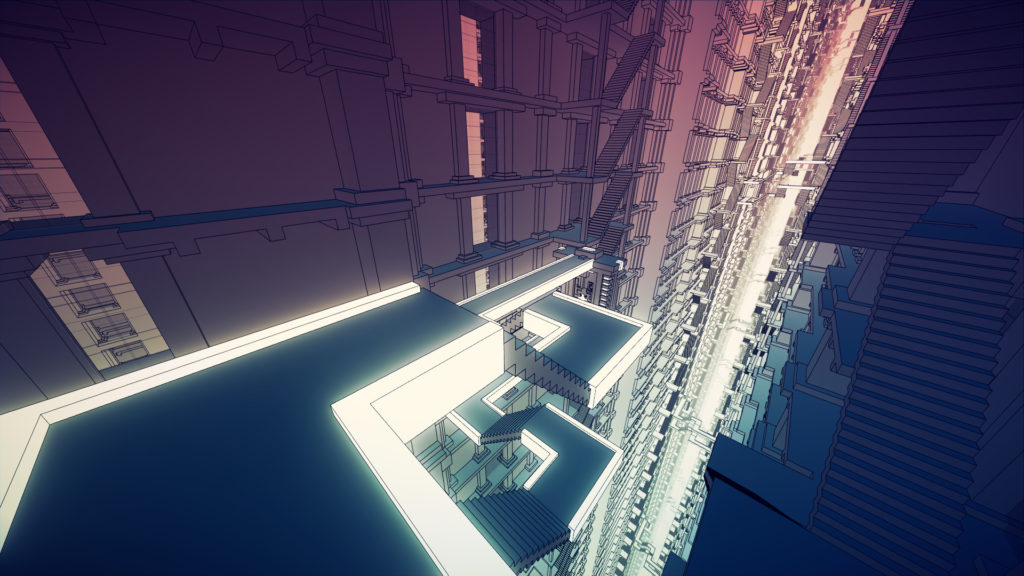 I’ll admit to being a bit flummoxed initially, looking this way and that for obvious progression. I can see a switch across a gap, but with no obvious way to get to it. With equal parts curiosity and disregard for life, I plunge off the edge, to realise I’m now in never-ending freefall, with the surroundings repeating themselves every so often like some old-school cartoon background chase scene. And that’s when I realise… I’m not supposed to jump the gap, I’m supposed to drop, and then edge closer and then approach it again from above as I loop through infinite times. I’m shocked, amazed and a little bit proud of myself. Manifold Garden has shown its hand, and I’m all in on this unique brand of puzzling.

But it’s not all momentum and terminal velocity – the kind you might get by messing about with the Portal gun. No, Manifold Garden has plenty of ideas that it introduces slowly and simply, before ramping up the complexity and the difficulty. You’ll be manipulating gravity, flowing water and even the colour of the blocks that are the mainstay of the puzzles, each adding a different consideration, and unique idea that’s well-executed in different ways. 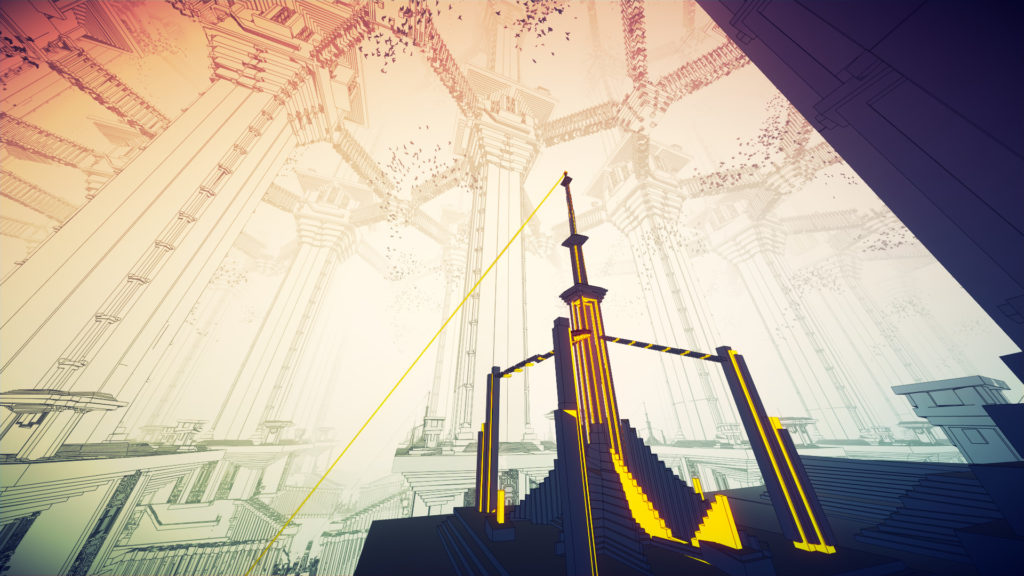 Aside from puzzling content though, Manifold Garden feels and looks calmingly serene, almost belying your internal frustration should a puzzle get the better of you for too long. It has an air of Escher’s famous Relativity with its impossible intertwining staircases. And the simple lines of its structures that you navigate and rotate are clean, and often doused in just a simple, single hue, dictated by the orientation of your current angle. You’ll rotate these clinical, harsh lines more times than you can count as you try and ascertain what Manifold Garden wants you to do next.

The restraint with the visual style does still have a few flourishes up its sleeve. Additional rainbow and darkness effects are used at key moments during progression, adding literal light and shade to the mood that breaks up the potential monotony. All of this is backed up by an accompanying score that is both reserved and rousing at various points. Sometimes you’ll barely notice it’s there during puzzling, and at other times it’s critical to adding atmosphere as you enter a particularly grand hall or structure. And the whooshing of the air flying by as you fall for infinity never gets dull, nor does the satisfying thud you make as you finally land.

For a puzzler, Manifold Garden is all about eliciting emotions from you. You’ll feel intrigued, complacent, mesmerized, perplexed, frustrated, and exhilarated. And that’s just the opening twenty minutes. It introduces a new idea, and just when you get to grips with it, it elevates it to a new level, or often brings you something else to consider. There are certain puzzles which are slightly overused, and the difficulty curve feels a little inconsistent at times, but these are minimal gripes. More often than not, it gets it right with a solid feeling of accomplishment and progression as you play.

Manifold Garden is an almost constant delight for the ears, the eyes and the mind. It will test your grey matter and your visual perception, and try and deceive both. But its rules are fair and established early on, so you never feel cheated even if you are stumped for a while. It builds your knowledge of how to overcome its challenges well and rewards you with that endorphin hit when you do conquer some of its grander puzzles. If you’ve not experienced this unique puzzler yet, there is now no better time.

Manifold Garden is a gorgeous puzzler that is something very different. It will test you and reward you in equal measure for a very unique experience.