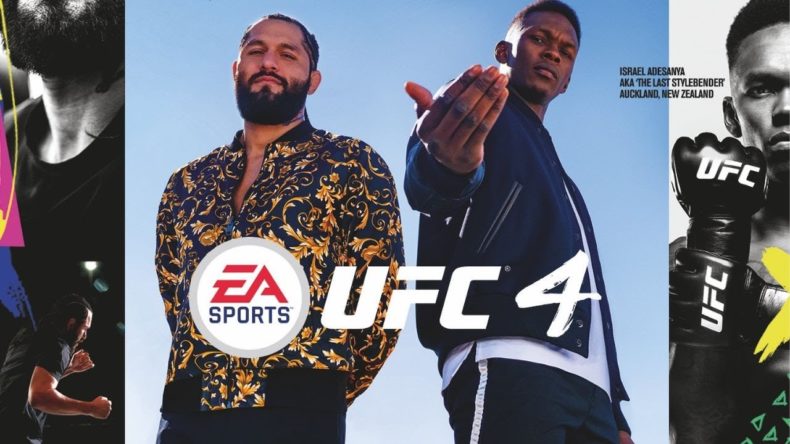 There’s nothing more satisfying than getting a KO in the Octagon, but for years it has felt this is one of the only ways to get a guaranteed victory in the UFC titles. Previous UFC games featured such a frustrating grapple and submission game that it zapped the enjoyment out of picking the path of a Jiu Jitsu or wrestling fighter. Thankfully, UFC 4 has made it a lot easier when on the ground as well as in the clinch. Replacing the obtuse submission system with two distinct mini-games allows for better control, and it often made me want to initiate a takedown without living in fear that it could go horribly wrong.

Taking an opponent to the mat is more streamlined than ever before. Using the new Grapple Assist mechanic, you don’t need to worry about much, other than whether you want to make your opponent submit, go for the ground and pound, or get back to your feet. Submissions are now done via chokes or a focus on joints. If you go for a choke, a circle will appear on screen. To make your opponent submit, you’ll need to move your coloured marker over their’s, chasing it round the circle until it overlaps. Keeping on them consistently will apply more pressure and eventually make them tap. Locking in a move on the joints brings up a semicircle gauge, and instead of using the right stick to move over your opponent’s bar, you’ll use the left and right triggers to do so. 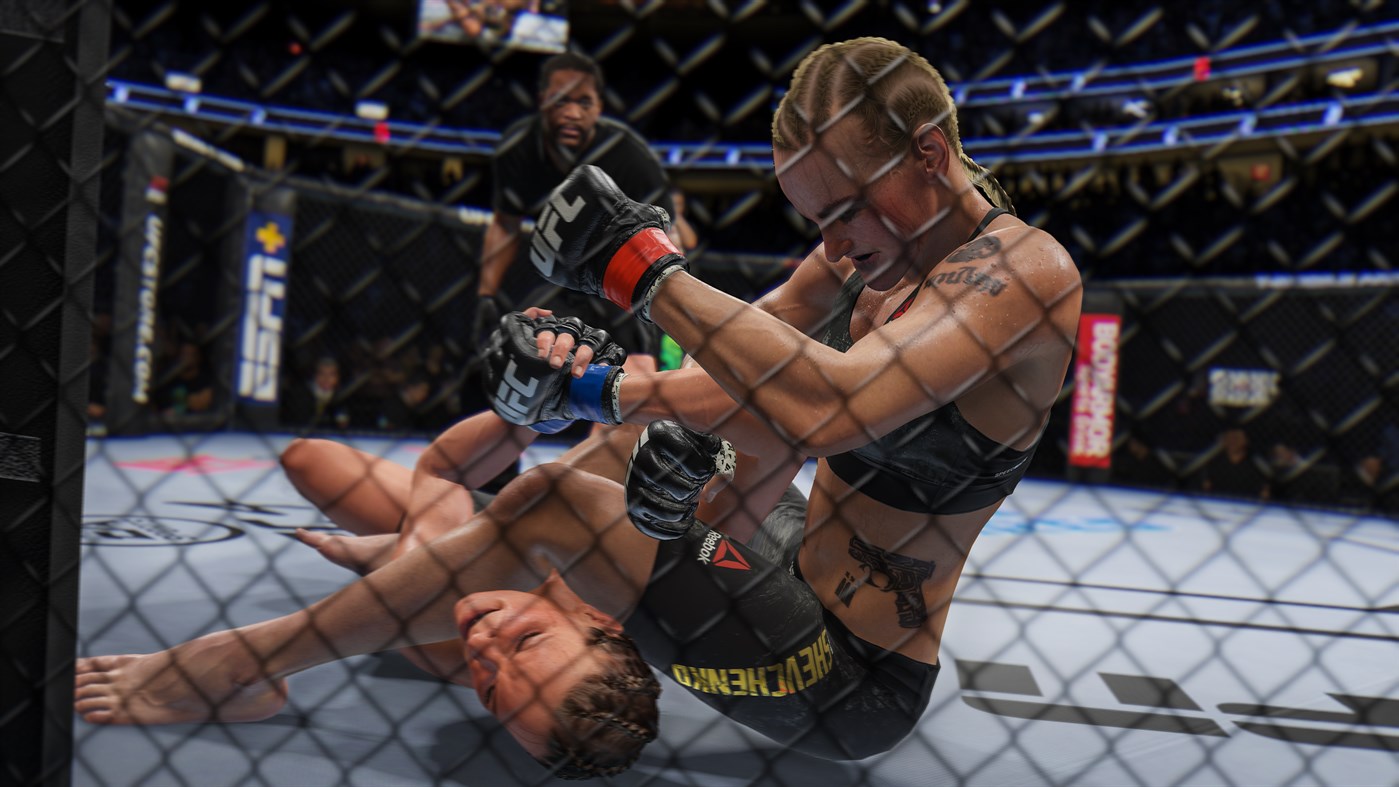 Clinches are now initiated by pressing the right shoulder button and Square (or X on Xbox), and it feels more fluid than its predecessor in moving between striking and locking up. Striking is much of the same, except the different punches and kicks require you to hold in certain inputs to land a move. Whilst the ground game has been improved, striking is pretty much the same as it was over two years ago. Animations still don’t look great, especially when you knock down your opponent. Watching Daniel Cormier flop to the floor in such an unrealistic way takes the shine away from actually securing the knockdown. Legs turn to jelly and cave in under the body, and there’s no momentum based from where the strike was made. After so long since the last game, you’d have thought they’d want to rectify this.

The Career Mode has seen some improvements, but on the whole it is very much the same type of experience. Between each fight, you get 100 weekly points to choose how you train, what promotional work you perform, and how you prepare for your upcoming match. It’s imperative to get in peak condition, but too much or too little sparring can effect your fight. Along with trying to get in shape, you need to build hype for your fights by posting on social media, gaining sponsorship, appearing on radio shows, and more. New additions such as using points to study tapes of your opponents helps you to prepare better, and inviting fighters to your camp will help you learn new moves. 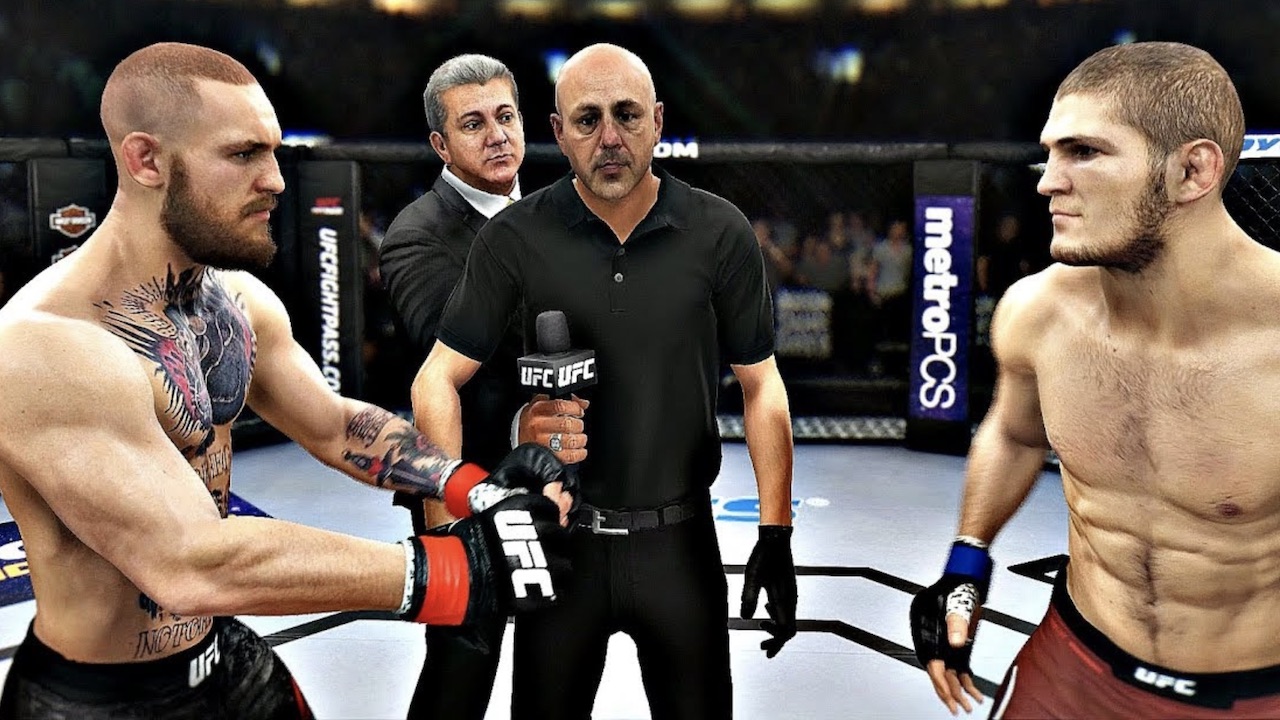 The start of your career sees you lose in spectacular fashion, but the fictional former UFC fighter-turned coach helps to pick you up and lead you on a path through the amateur fights of WFA to the big leagues. Once you sign your first contract with UFC, it’s about becoming the Great Of All Time. Although there are hints of a story in the beginning, the game falls into the similar flow of UFC 3. There’s more of an emphasis of building fighter feuds thanks to the inclusion of responding to tweets either positively or negatively, but it doesn’t make a massive difference come the time you step inside the cage. By the time the next iteration is released, this could be much better, but for now it’s not as exciting as it could be. We’ve all seen what Conor McGregor and Nate Diaz did, and there’s not a sniff of any cans of Monster being thrown here.

One thing I love about UFC 4 is how you definitely feel an improvement to your fighter as you progress throughout your career. You get points to level up stats such as movement speed, ground control, and kick power, but by successfully landing moves, their star rating will improve. If, like me, you are a kickboxer, using a question mark kick effectively will begin to improve its rating, making it deadlier as your career moves on. These upgrades will happen in a fight or through training, adding an extra layer of experience and skill to the fighter you choose to become.

Outside of the Career Mode, you can take part in a variety of exhibition fights. There’re a couple of new locations that help to mix things up. The Kumite arena seems heavily inspired by Mortal Kombat, from the visuals to the deep voiceovers. Even the health bars and ‘best of two’ style fights are taken right from the NetherRealm. There’s also a backyard setting that has you throwing it down in a makeshift cage, with people drinking and chilling out as they watch you beat the hell out of someone. Perhaps the coolest new addition is the Blitz Mode that gives online competition a bit of variety. Blitz Mode sees you taking part in 64-person tournaments, where every match type changes after a few hours. It makes online fighting more fun, and you don’t need to do a lot of waiting around if you want to get stuck into the action, as some stipulations see fights lasting a single minute.

UFC 4 sees a big improvement on making the transition from clinches to strikes more fluid, and the overhauled submission system makes it easier for people like me who get confused by EA Sport’s take on transitioning from full guards to submissions, to everything else in between. The Career Mode has also seen some nice improvements, and the Blitz Mode is a lot of fun. Visually, it is still very much the same as it was in UFC 3, and even though the commentary can be repetitive, it’s nice not having to listen to Joe Rogan this time around. UFC 4 feels like a step in the right direction, and by the time we see the next entry in the series, the next generation of consoles could be the perfect home for the future of UFC.

UFC 4 has a much better submission system, as well as more fluid clinch mechanics. The Career Mode has got some nice improvements, but it still feels like a similar experience to its predecessor.