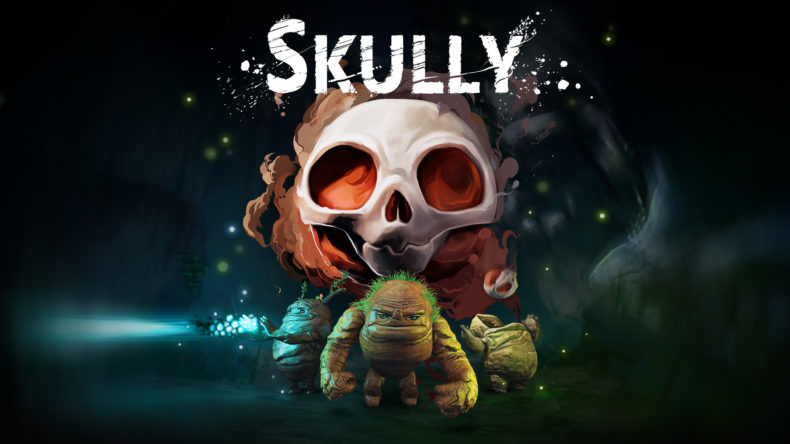 Video games are full of skulls. Skulls can be enemies you need to destroy, part of the scenery, or even sold for money. These fleshless heads should be utterly nightmarish, but cartoonish design often means the sight of a skull is more “trick or treat” than Silent Hill. The title character in Skully definitely falls into the cute and cuddly camp of video game skulls, and is ready to roll head first into adventure.

You start your journey as a discarded skull, washed up on the beach. Fortunately for Skully death is not the end, as the kind-hearted and goofy God of the Earth Terry uses a tar pit to bring him to life. Terry needs help convincing his powerful siblings to stop fighting with each other, and as his new sidekick and friend, you silently agree to adventure through their dangerous domains to restore peace in this family of deities. The story is a pretty simple way to send you rolling across various environments, but the superb voice acting and charm of the characters elevates what would be boring cutscenes into something special.

Controlling Skully is straightforward, they can roll, and they can jump. It doesn’t take long to get the hang of hopping between platforms and rolling across narrow bridges, while avoiding the deadly water below. To keep yourself from plunging into the dangers of the water, you’ll find your biggest foe is that of the slanted platform. Landing on sloped surfaces is a pain, and Skully isn’t the easiest ball of bone to control at the best of times, which can lead to a lot of trips into the drink. 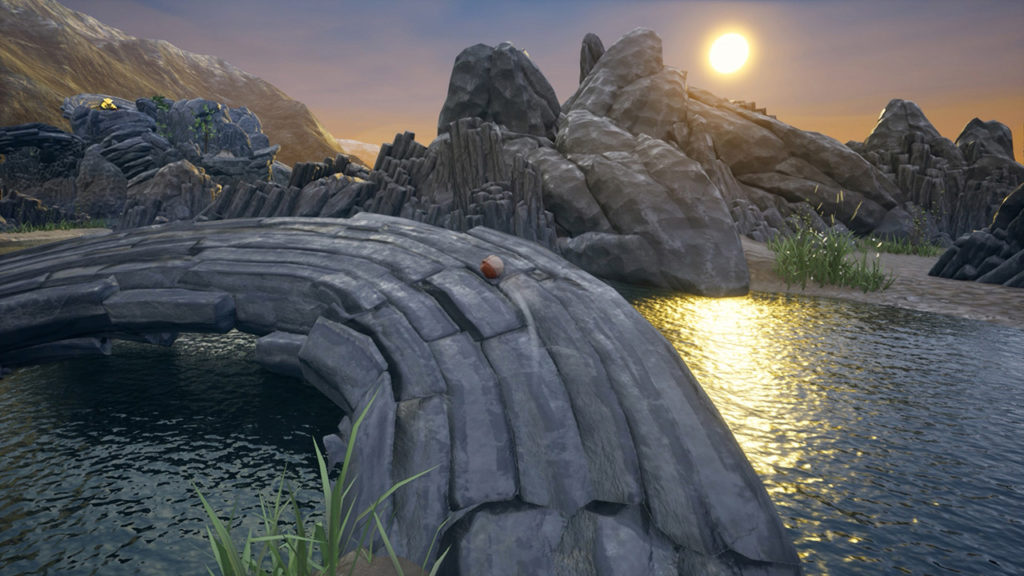 Fortunately, as you progress through the territories of the gods, you gain access to three other earthy forms that Skully can transform into at any tar pool checkpoint. Each of these forms have their own distinct strengths you’ll need to use to navigate the environment, solve puzzles, and dispatch the occasional enemy. The Strong form can break down specific walls, the Swift form can dash and move platforms, and the Vault form can perform a double jump. Playing as these forms, and using them in tandem to solve puzzles can be rather fun, and they control infinitely better than the basic skull. When transformed, losing all your health also means you’ll just revert to your original form, so it’s almost always worth dipping into the tar on your travels.

Each of the games’ 18 levels take you through a variety of appealing environments. From lush forests to magma-filled valleys, you and Terry will have to find your way through all manner of hazards. The use of water as your weakness makes for some inventive obstacles, and you’ll need to run from tidal waves and rain clouds if you want to survive.

Most stages are a straight shot from A to B, with a few puzzles in between. Dotted throughout each level are hundreds of collectable flowers. Although I wasn’t particularly interested in the unlockable concept art I unlocked, it was always fun to go on the more dangerous path harbouring them. 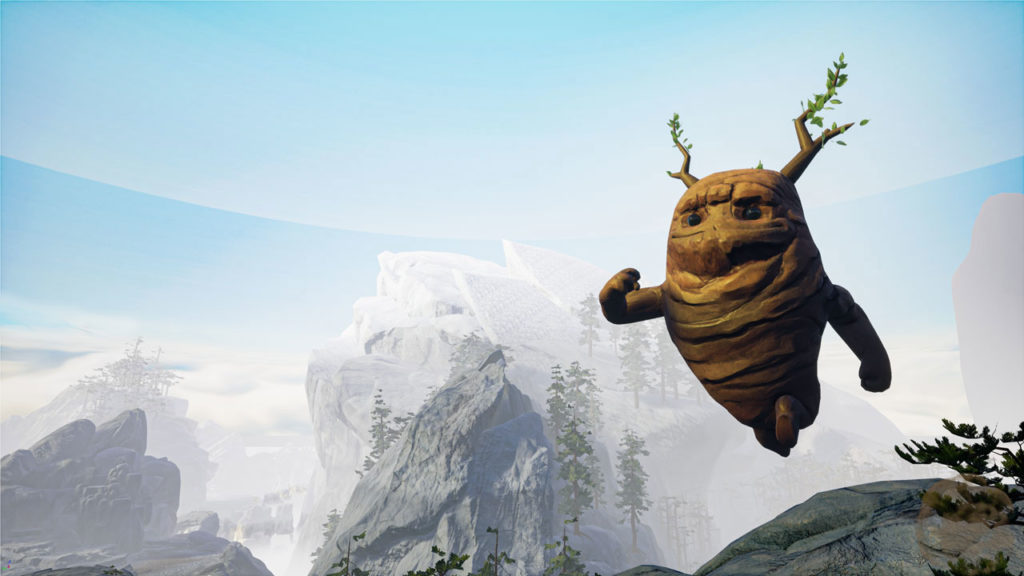 The less linear stages are the much less appealing of the bunch. With no map to help you find your way, it’s easy to lose your sense of direction amongst the impossible to differentiate rocks and trees. These levels often contain the more obtuse puzzles, which usually involve backtracking with multiple forms and feel a little too long-winded.

The single most frustrating element of Skully is the distinct lack of checkpoints in tricky areas. When dying sets you back 5 minutes after traversing a huge lake of instadeath water, it can be incredibly disheartening. Skully’s issues aren’t just mechanical either. In busier areas, the visuals get oddly blurred and out of focus, and it’s very off-putting.

Skully just has a few too many issues to recommend it to anyone but the most hardcore 3D platformer fans. The form-switching gameplay can be a lot of fun, but a lack of checkpoints and visual issues make the overall experience frustrating.

Skully has some interesting gameplay involving your multiple forms, but is ultimately let down by checkpoint issues, and blurry visuals