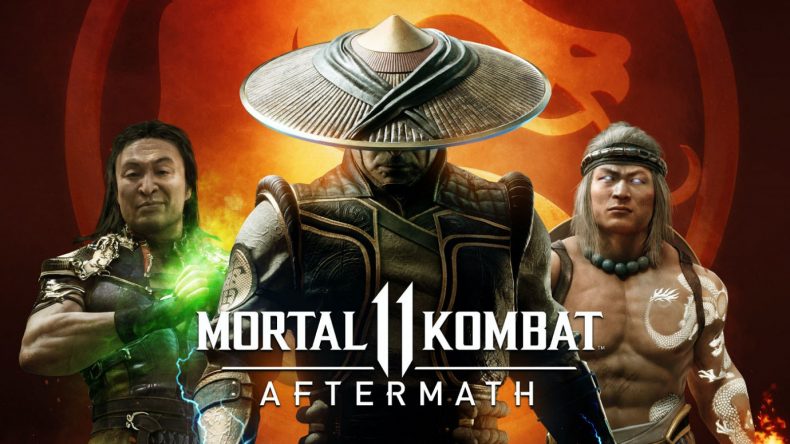 When NetherRealm announced the Aftermath Expansion, I was delighted. I loved everything about Mortal Kombat 11, but the campaign was definitely the highlight. It was filled with madness, gore, action, and chaos, but also did a fantastic job of lumping together the entire roster and tell a story so over-the-top that every second felt like my eyeballs were being injected with adrenaline. As much as I never expected there to be any kind of continuation, I can’t help but thank the Elder Gods for its creation.

That being said, paying around £40 to play a further three hours is pretty steep. Yes, it’s magnificent, and the new characters are pretty damn cool, but that price tag is a bit too much for what you’re getting. Time travel acted as the core focus of the original story, allowing NetherRealm to do whatever they wanted, and as it ended, it felt like the perfect end to an intense tale. I guess it’s down to how much you want to see old and new faces return. If I could give you any kind of guarantee to warrant the purchase of Aftermath, it is this: if you loved Mortal Kombat 11’s campaign, this is just as satisfying. Aftermath continues straight after the events of the base game. Liu Kang and Raiden have defeated Kronika, but in order to restart time, they need to locate her crown. Enter sorcerer and shapeshifter, Shang Tsung. The iconic villain of the series has returned, and he’s brought some new faces to the roster. Fujin, protector of the Earthrealm and Raiden’s brother, and Sheeva, queen of the Shokan and fierce warrior, play a big role in the story. Not only do they feature a lot, but they also have a fantastic move set. Fujin feels very much like his brother, but instead of lightning he manipulates the wind which makes him agile. Sheeva is bigger – like Shao Khan – using her brute strength to pound the competition into the ground.

Aftermath is an opportunity to showcase the DLC characters. Although you get to play sporadically as a few of the original fighters, its focus is on the likes of Nightwolf, Shang Tsung, Sindel, and the two newcomers. It’s not a perfect place to learn their move sets, but it provides a taster where you’ll potentially come out of it with a new fighter ready to be your main. Fujin is the standout for me, but Sheeva has a lot to offer. It all depends on what style of fighter you are. Some fighters have combos that are tricky to chain together, whilst others flow incredibly well. There’s plenty of fan service, not just for those that have been there since the original in 1992, but also those that enjoyed the main game. Scorpion and Sub Zero return albeit for a short while, as does Johnny Cage and Jax. It doesn’t pack the emotional weight of MK11’s main campaign, but it’s still a lot of fun. The villains are much more prominant in Aftermath, to the extent that it feels very much like Star Wars Episode V: The Empire Strikes Back. Shao Khan is back to being a bad ass, and others (which I don’t want to spoil for you) are back to the evil ways.

Much like Mortal Kombat 11, Aftermath is gorgeous. The new locations are meticulously designed, and the animation in the cutscenes are stunning. During the actual fights, the new environmental attacks provide you with an edge in combat, and look just as good. As sexy as it is, I did have a bit of lagging during Shao Khan and Sindel’s chapter. During the cutscenes, a lot of the action was struggling with the framerate, but other than that it ran as smooth as butter. Along with a brand new story, Mortal Kombat 11: Aftermath brings back Friendships. Instead of slaughtering your opponent at the end of battle with a Fatality, Friendships allow you to be nice. Feel free to watch some on YouTube, but I’d rather let you experience them for themselves. My favourite so far is RoboCop’s, but all the ones I’ve seen so far are great. Speaking of RoboCop, he accompanies Sheeva and Fujin as the latest playable character. I’m not massively impressed with the way he controls, mainly because he’s a little cumbersome and his combos are pretty lame. Saying that, his Final Blow is amazing, featuring references to other robo-characters from the movies.

Mortal Kombat 11: Aftermath may not be worth its hefty price tag, but the additional story is excellent. Shang Tsung is the shining star, and Sheeva and Fujin are also brilliant. There’s just as much blood and action to make fans happy, and the new characters are superb additions to the roster. It makes me happy knowing Friendships are back, and even though RoboCop isn’t as good as I’d hoped, Aftermath is a decent expansion.

New story is just as good
Sheeva and Fujin are great additions
Animations and cinematics are superb
Friendships are back!

Mortal Kombat 11: Aftermath is a great continuation of the story, but the cost is rather steep for what you're getting. Fujin and Sheeva are brilliant additions to the roster, even if RoboCop doesn't work as well.

You may also like
Mortal kombat 11Mortal Kombat 11: AftermathPC