previous
Persona 5 Strikers guide | How to get the best Personas
random
next
"The first Frostbite title on Switch": Interview with Producer on Plants Vs Zombies: Battle for Neighborville Complete Edition, Melvin Teo
0 comments 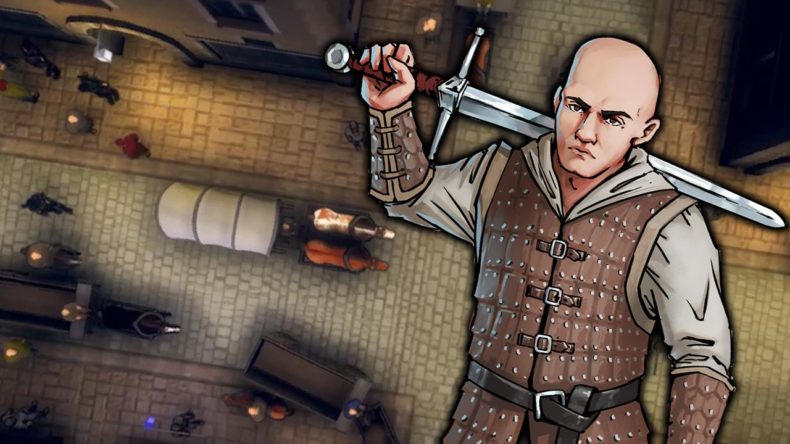 From the moment I booted up Rustler (Grand Theft Horse), I was intrigued by just how stupid and amusing it was. An FMV backed by an original hip-hop track introduced me to the world I would be a part of, and from there I was all in on seeing just how good Rustler could be. Whilst the setting isn’t original, or even is the clear homage to Rockstar Games’ early entries in the GTA series, there was still something that kept me playing. Whilst it is in Early Access on Steam and there’re going to be some teething issues, it felt as though some of the main elements upon the game’s release are still going to be an issue.

The controls are a pain in the ass, whether on foot or on horseback. Fighting feels cumbersome and lacks accuracy, whilst the tank controls are baffling given you don’t move like that when you’re on your feet. Everything about Rustler feels as though it’s been ripped straight from Grand Theft Auto. Whilst it’s clear the inspiration comes from the top-down crime fests of the PS One era, you’d think some things would have improved since then.

Evading the police (which are essentially soldiers on horses with sirens attached) is more difficult. I found the only way to do so was by riding through the ‘Pimp-a-Horse’ stables and not by trying to dodge them in the streets in the hopes they would lose my scent. It was difficult to do so, and when one of the earliest missions is to steal a horse right from under the guards’ noses, you can imagine my frustrations at how the whole system seemed to implode on itself. Once I stole the horse, a couple of guards descended on me, and I found it difficult to try and fight them off with my sword. 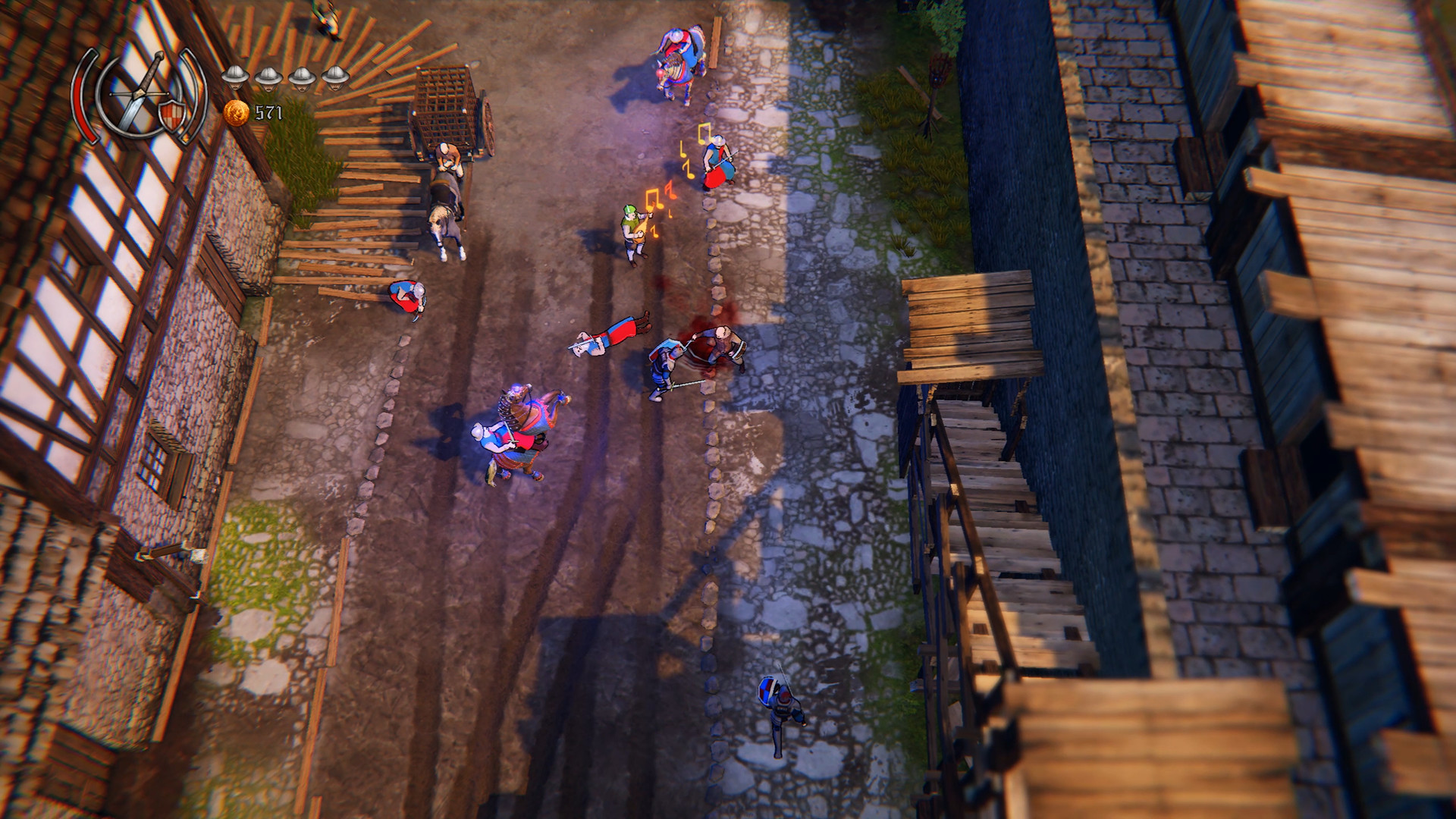 I ended up trying to just steal the horse without engaging in combat, but once I jumped on the horse and tried to race away, it took much longer than I’d care to admit. Another glaring issue is the checkpointing system. I finally finished the mission, only to be sent right back to the beginning of said mission after dying in a completely different one. If I’m to endure clunky controls, I’d have hoped that my progression would be rewarded with the option to save more frequently.

Despite my issues with the controls, Rustler is a lovely looking game. The grimy dwellings of the town feel like a top-down version of the classic BBC kids show, Maid Marion and Her Merry Men (a welcoming reference to those over 35 years old, I hope). Whilst it does look nice, there are other features feel as though unnecessarily vulgar. Buildings are covered in obscene graffiti, and there’s a lot of dick and fart humour that’ll either appeal to your childish side or make you roll your eyes. The protagonist is a drunken lout, and his conversations with others sound as though he’s gibbering after ten pints of Stella. There’re some stylistic choices that you’ll like, but there will be many that you won’t get on board with. For me, it was the latter.

Rustler won’t appeal to everyone, and although I wasn’t hugely impressed with the hours I spent with it, I would like to play more. If Jutsu Games can refine the controls, I’d happily play more of it. Not only does the gameplay need sorting, so does the checkpointing. As long as these issues can be fixed during the Early Access period, I can see it appealing to a larger group of people. It would be wise for Rustler to focus less on trying to be a GTA homage, and more on being its own game.

Video games are cool. Don't let anybody tell you any different.
MORE LIKE THIS
Early Accessjutsu gamesPreviewSteam