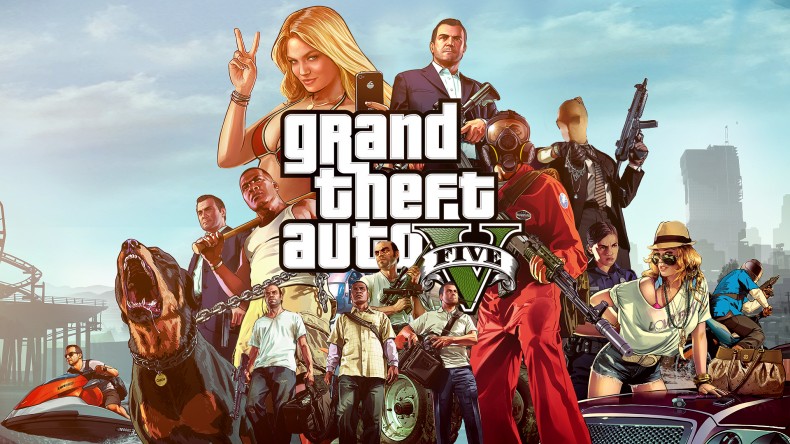 So was it worth the wait, then? Let’s be honest: you probably already know the answer to that question. For those who haven’t played GTA V yet, you’re in for a real treat. It’s just missing “definitive edition” from the title, because the inclusion of features like the video editor, and the fact that it’s the only place to hit 60fps means that, yes, GTA V on PC was well worth the wait, even if we’re just talking the wait for downloading the 60gb of data to play the thing.

And let’s start with the frame-rate. Having recently built a behemoth of a gaming PC, I immediately threw everything to max settings and jumped in. Bad news: it dropped to 30fps. A smooth 30fps, with zero hiccups, but 30fps nonetheless. Dropping a few settings (the ones barely anyone actually understands) by a small amount and we’re back to 60fps, and by God, it’s gorgeous, smooth and, frankly, a site to behold.

It’s impressive that despite looking this good, it actually doesn’t require a monster PC, though. There’s a plethora of options – a staggering amount, in truth – and it does appear that most GPU manufactures are putting out new drivers that are almost specifically aimed at getting the most from GTA V. There’s a benchmarking tool within the menus that give you a guide, but even better, a bar at the top that gives a visual representation of how much you are stressing your GPU out.

Even in the initial mission tutorial mission I noticed things I hadn’t seen elsewhere, despite playing it on Xbox 360 and PlayStation 4 previously. I blew up a police car and the flames lit up, but they seemed to catch a trail on fire, which blew by me. It was noticeable, but of course, not game changing. That said, my dual-monitor setup provided a few small issues. Namely that the game would pop out of full-screen mode every time anything popped up on another screen. A lot of games do this, and there’s a simple fix: shut down other programs, stop being a prick and focus on the bloody game.

The thing is, this really is the definitive edition of the game. While Rockstar may not officially support mods, the community will find a way – of that you can be sure. And this is still that fantastic game originally released in 2013, only with all the bells and whistles of a release that has time to raise in the oven, after careful, cautious nurturing of the dough. Shit analogies aside, this is just brilliant.

It’s still the well worn tale of Michael, Trevor, and Franklin – the characters still dig under your skin and are either (depending on your outlook) despicable, funny, or just outright assholes. You’ll identify with certain traits at times, and worry about your own psyche when you do. You’ll wonder why Michael puts up with the life he lives, then realise that’s just what we’re all doing, just without the spotlight on us.

GTA V is well written, though not exceptionally so, but the real star remains Los Santos. A bustling city full of more things to do than we can list here. After a few missions, it all opens up beautifully, allowing you to explore to your own devices. Drop in on any of the playable characters at any time and they’re part of the living world. Trevor will be on the beach under the pier in his pants, abusing someone for God knows what. Michael, on the other hand, will be sat on a park bench in the sun just trying to take a moment out of his horrible life. That’s why it’s so successful. That’s why people will triple dip for this version, because being in Los Santos is just magical, no matter what you’re doing.

Back to that director mode, though, because it’s the crowning achievement. A brief dabble shows that you can change the weather, choose your actors; that kind of thing – let’s not forget that this version comes with the first-person viewpoint, by the way – and create your own little sandbox moments. You can set it to a DVR type recording, similar to the PS4 which is a nice touch and means you’ll never lose that golden moment. Of course, GTA Online is here too, with heists included. Quite honestly, you could play nothing else for the rest of the year and probably still find secrets in the single player, and people playing the multiplayer.

Look, most of you probably won’t be able to run GTA V in the 4K resolution on Ultra, and most will only dabble in the video editor and director modes. But this is the definitive version of one of the best games in the last few years. What that means is that GTA V on PC remains breathtaking at every corner and was, of course, well worth every minute of the wait.

Read our original GTA V review on Xbox 360, and our PS4 review.

Third time it's been released.
I mean, seriously... that's it.

The best version of one of the best games in the last few years. Brilliant.