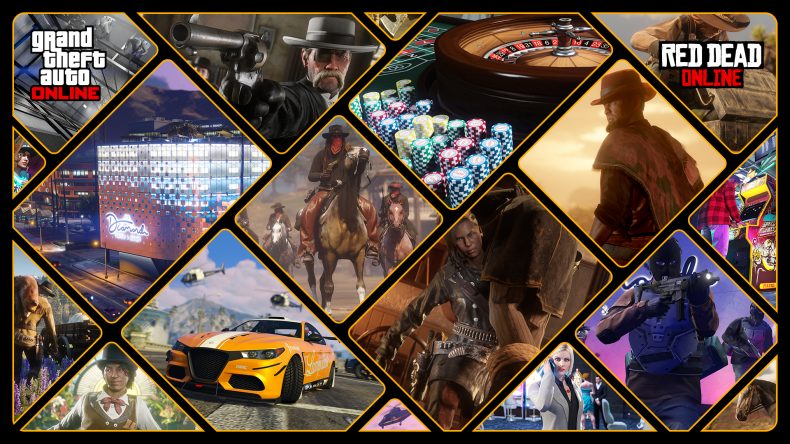 GTA Online and Red Dead Online have been around for a little bit now, 6 years and 8 months respectively. In that time there has been a number of things appearing in both online games. From races and heists in GTA Online, to Moonshiners and Bounty Hunters in Red Dead Online. There’s been no shortage of things to do in either.

As a thank you to all players over both Online games, Rockstar is planning a giveaway in the coming weeks.

For Red Dead Online, players will get a series of gifts including free access to select roles, special role item giveaways and more. You can also expect the following:

Playing between February 4 and February 10 you can expect a Free Bounty Hunter license, 25x Bolas, and 25x Tracking Arrows. Not too shabby for some free gifts.

That’s not all for GTA Online as new races are coming in 2020 with all new vehicle types. There are also more updates and surprised planned throughout the year.

Red Dead Online will also see the expansion of Frontier Pursuits with additional roles, new missions and updates throughout 2020.