Hello and welcome to an all new feature here at GodisaGeek.com, A week in gaming is your weekly round up of some of the hot GodisaGeek.com news plus the writers view on a chosen gaming related topic. My name is Aryel and I will be kicking of this weeks feature by telling you a little bit about myself aswell as giving you an insight into my World of Warcraft experience.

Well you probably already know my name but hey, my name is Aryel Abrahami and my official title is Deputy Editor. As Deputy Editor I report on various gaming news, including features and reviews. Unofficially I am known as the “Blizzard guy” as I tend to spend my free time with Blizzard games such as the World of Warcraft and StarCraft II. I keep the site updated with the latest happenings in WoW, at the moment I am knee deep in the Cataclysm beta providing streams and videos of all the juicy content.

I am a huge fan of football (soccer) games, PES and FIFA in particular, just this week myself and Asim headed down to the Konami offices (Voltage PR) in Farringdon to play some PES 2011. We played a post E3 version of the game, roughly 65% complete, you can read my full impressions here.

WoW Experience – I started playing World of Warcraft about 2 months after release, it was the first MMO I ever paid for, who pays £30 for a game then another £9 a month? At least that’s what I thought at the time. So here we are 5 years on and I am still at it. It was Asim that asked me on the forums “what got you into the game?” Well it was curiosity at first, the world of Azeroth felt so big in the beginning and I wanted to check out every little nook and cranny and I did. If it was curiosity and exploration that got me into the game then it’s the raiding and the community which keeps my attention. The raiding encounters in the game are second to none, its always exciting to see a new dungeon, a new raid or even a new zone. I always want to see what Blizzard has cooked up to improve the game. 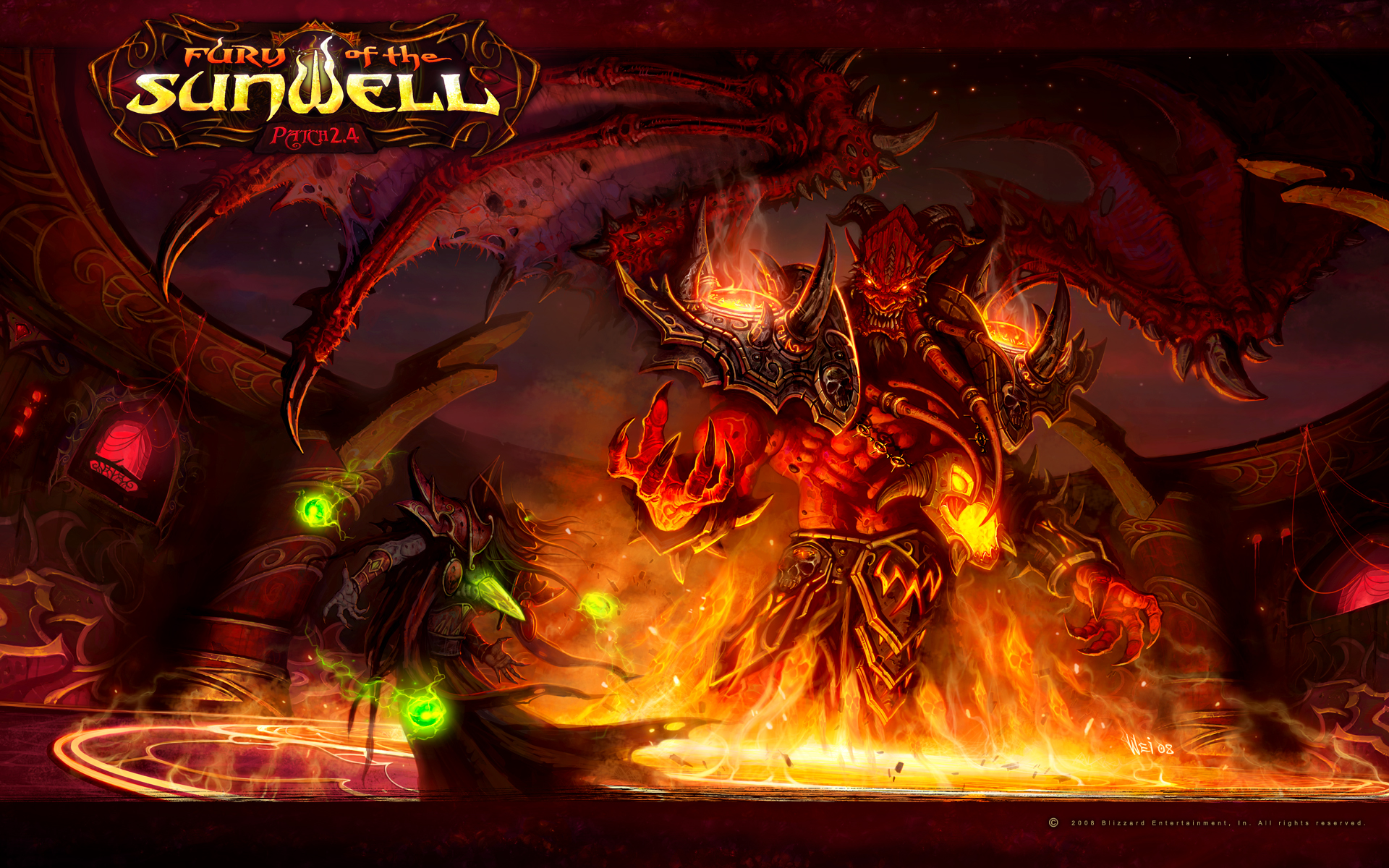 I have always raided but not always at the bleeding edge, raiding progress in the early days was restricted by poor guilds wiping in Zul’Gurub but I soon progressed to bigger, better guilds and found myself playing an Alliance Restoration Druid in level 60 Naxxramas. The Burning Crusade” expansion hit and I plowed on with my Druid hitting the new raids in quickly but that soon changed, I was no longer happy healing and decided to join some University friends (Aaron) on the Horde side. A Blood Elf Protection Paladin was the order of the day with their sleek character model and shiny plate armour. I have to say its probably the best WoW decision I have ever made, I have not looked back since.

After catching up to level 70 I hit the raid content with the Paladin, progressing to a Black Temple guild which disbanded soon after joining, off to a Sunwell guild I went to partake in the the most epic raid boss I have ever faced. Yes Kil’Jaeden is by far my favourite raid encounter, with the Sunwell taking the prize of best raid dungeon. Wrath of The Lich King (WoTLK) was a great leveling experience for me, I nabbed the server first Blood Elf on Eonar EU without needing to powerleving through dungeons, good old questing did me just fine. Whilst the WoTLK levelling experience was great the raid content was a mixed bag, I enjoyed the introduction of hard modes and feel Ulduar offers the best raid experience from the current expansion. I continue to raid at the bleeding edge, downing the Lich King pretty early on and progressing through hard modes.

Cataclysm Stream – We have a dedicated Cataclysm page here and a beta stream here. I will be streaming various parts of the Beta throughout the week with a schedule posted daily. We had a really good time on the stream last night questing in the sunken city of Vashj’ir and the all new Mount Hyjal, I hope to see you on the stream soon.

Real ID – Going to finish up this weeks post by giving my two cents on the whole Real ID fiasco, if you have no idea what I am talking about check out this article. Blizzard have retracted the idea to implement real names on the forums, bowing to pressure from the community. I respect peoples rights to anonymity and perhaps the Real ID system on the forums was a step too far, I do however feel that something must be done to improve the overall tone on the Blizzard forums and stop the “trolling”. Many ideas have been thrown about but the best one I have heard, is the idea that proposes all players posting on the Blizzard forums must do so with their most played character, or give users the ability to see all characters on the posters account. Calvin certainly has some strong views on the whole matter which he express in episode 15 of the podcast.

Asim Tanvir will be bringing you his week in gaming next week, only here a GodisaGeek.com

Nowadays I have my own cash and own all of the major consoles and a top of the range gaming PC. Dropping a grand to upgrade my PC is not a huge decision, it's a requirement! If you can't find me on the PS3 or 360 then I am probably on my PC playing the latest MMO, RTS or FPS.
MORE LIKE THIS
aryel abrahamigod is a geekWoW

God is a Geek Podcast Episode 13

God is a Geek Podcast Episode 8