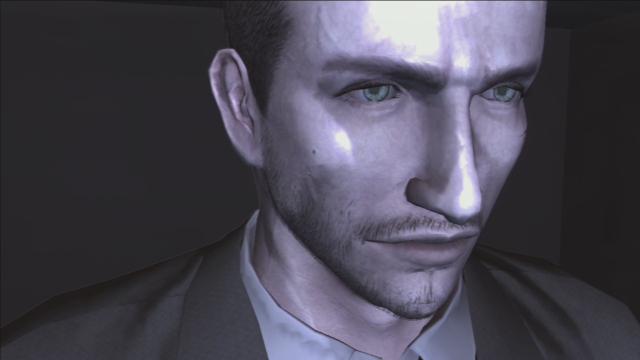 In a perfect world, Hidetaka Suehiro – better known as SWERY – would be sittng in the same pantheon of games-genius reverence that is home to the likes of Hideo Kojima, Shigeru Miyamoto and Yuji Naka. The top table. But then, those guys fashioned legendary game franchises and set in place conventions that would change how games are made, how games are perceived, and would have influence that stretched beyond videogames and into mainstream culture. SWERY is an altogether different kind of genius.

SWERY doesn’t have a Sonic, a Mario or a Solid Snake. He has stuff like a crazy sandwich that has slowly developed into an enduring meme, with photographic evidence of fans attempting this gastronomic oddity visible all over the internet. Here is a man who can turn a find-and-fetch quest into a genuinely funny squirrel-related mystery. Suehiro is a fiercely individual designer and auteur who from humble beginnings working on SNK’s sublime Last Blade series decided to strike out and wear a huge Twin Peaks influence proudly on his sleeve for his big Xbox 360 debut. As much as people will trot out clichés telling you how Deadly Premonition falls into the “best worst” category, it is so much more than that. It isn’t all a huge, awful “so bad it’s hilarious” joke in the same manner as, say, Troll 2. SWERY has the distinction of creating one of gaming’s finest and most original pieces of fully interactive storytelling, and now it has been given a brand new lease of life with a Director’s Cut – a features-stacked makeover for PS3 proudly emblazoned with the signature of its creator. “Love it or hate it, Deadly Premonition has been a phenomenon; ‘cult’ does not begin to do its success justice,” is the official line from those brilliant folks over at Rising Star Games. One could not agree more.

Like the lauded David Lynch series that serves as its inspiration, Deadly Premonition is many things. The script is quirky, and undeniably funny. But not in the manner of a poorly executed localisation, or full of those clumsy “You, the master of unlocking” moments of utter stupidity. The voice acting is the stuff of b-movies and crappy soap operas, and fits beautifully. But the laughs and the wonderment you get from enjoying the sense of odd is also married to moments of extreme horror and a nagging, disconcerting menace. Think Angelo Badalamenti and Julee Cruise giving way to Killer Bob. Here, we have moments where Silent Hill-esque dimensional shifts are spliced with jaunty jazz music, where your initial shock and revulsion at a scene is tempered by a particularly bizarre inclusion, like a moving huntsman’s trophy, or a random dwarf.

Its lead character is the wonderfully idiosyncratic Special Agent York, a gent who shares many characteristics with Kyle Mclachlan’s memorable Agent Cooper, from the kooky coffee obsession to the way his urban sensibilities juxtapose jarringly with the country-fied lumber-mill Hicksville, USA in which he finds himself carrying out his FBI duties. York smokes like a chimney, holds long conversations with the mysterious, unseen “Zach”, and is a veritable fountain of knowledge when it comes to 1980s movies. Despite the unfolding horror around him, York takes everything in his stride; his presence in the oddball burg of Greenvale seems completely natural. When describing Mclachlan’s excellent work stepping into the shoes of Agent Cooper and Jeffrey Beaumont in Blue Velvet, Lynch described his unique qualities and ability to play “innocents who are interested in the mysteries of life. Kyle is the person you trust enough to go into a strange world with.” In Deadly Premonition, York is that man. There is a strong argument within gaming circles that York is suffering from an enduring mental illness, or even an acquired brain injury given his glaring scars – and this may well be true – but he fits into the plot and the living, breathing town in which you live during your time within SWERY’s universe absolutely perfectly.

For all its artistic merits in terms of scriptwriting and atmospherics, the fundamental core of Deadly Premonition is a sandbox survival horror game, a blend of clumsy, cumbersome guns and melee weapons combat, exploration and driving – all of it driven by the grisly Red Seeds murder plot. The devil is in the details – the completely preposterous (in gaming terms, anyway) distractions and chores you soon find are so crucial to York’s everyday existence. As well as making sure you have a bite to eat to stave off hunger, male grooming becomes a necessity, with showering and shaving having to be carried out at regular intervals lest the townsfolk start to begin commenting on your dishevelled appearance. You can choose from a selection of snappy suits, watch television, play peeping Tom as you peer through windows or spy on the denizens of Greenvale as they go about their business. Driving has its own challenges – cars take damage, have to be maintained, and need refuelling on a regular basis, and you are limited in terms of how fast you can travel – even when you are blue-lit with sirens blaring – so don’t expect to be whizzing around in a carefree GTA style. Time passes in a slowed-down approximation of real-time, and most of the NPCs have their own strict patterns and daily routines. You can speed up time – and do so by smoking. York is quite simply the smokingest videogame character you will ever play, hands down, as he constantly taps out a fresh one from his packet of “Police” branded tabs.

There are collectable cards to find, for pretty much no reason. There are crazy minigames that can be used to pass the time, and seem to exist solely to remind you that you are playing a videogame and not taking part in some kind of hallucinatory trip. You get given “Agent Honor” points and money for seemingly everything you do. It gives an oddly arcade feel to proceedings, despite the fact you are trying to hunt down someone who has just ripped the innards out of a young lass, and are regularly placed in situations that are as pant-wettingly scary and unsettling as anything you would have played in recent memory. One minute you are cowering beneath some furniture as something from the depths of Hell tries to hunt you down, the next you are purchasing bait to go and enjoy a spot of fishing.

There has been much talk about the myriad improvements made to the Directors Cut, and it is fair to say that this is definitely a step up from the budget-priced Xbox 360 original. A new prologue sets things up nicely, and things are rounded out with a satisfying new conclusion penned by SWERY, which fans will lap up. There are new branching endings, and a new in-game item coming in the form of that good ‘ol survival horror staple – the camera. With promised downloadable content (including the wonderfully named “Espresso Suit”, a new costume which gives York the ability to combat fatigue more effectively) and support for 50 new and varied Trophies, you cannot grumble at what this package gives you in terms of expanding and improving your time in Greenvale.

The HD makeover certainly improves and smooths things visually, but it is still a messy looking game. The animation is at times repetitive and jerky, things rip and tear, and the stereoscopic 3D doesn’t add anything other than the occasional headache. The controls, on the other hand, have been given a radical overhaul and it’s a case of old-school tank movement being jettisoned in favour of a more modern analogue stick control method more suited to the third-person action. There is the option if required of using the Move controller or using the in-built motion sensor capabilities of the Dual Shock to steer vehicles. Move works well, much in the same way that Resident Evil 4 worked a treat on the Wii. You can re-map buttons to your heart’s content, giving players frustrated by the original’s inflexibility the chance to tailor things to their satisfaction. A GTA-style on-screen map is also a welcome addition, making it easier to find your way around. The original was crippled by the terrible map and odd camera views and elevation, making navigating a complete pain in the arse.

VERDICT: When we looked at Deadly Premonition in its original incarnation, we described it as something of a Marmite experience – a game that would enchant some but alienate others with its hat-stand ways and unconventional nature. That hasn’t changed, although I would prefer to use the legendary Sinner’s Sandwich as a reference point rather than the much-maligned yeasty spread – it is still a game that some will find tedious, with unforgivable graphical and gameplay flaws – although the improvements make it a far more satisfying and enjoyable affair (the original was hamstrung by its archaic and unforgiving controls). Above everything else, what is apparent in 2013 is just how much love, passion and endeavour SWERY has poured into his most famous work. Deadly Premonition has an undeniable power to tell a rollicking and highly original story that will remain in the memory for a long time. I get excited when a game drops straight out of the left-field and provides something new, something exciting, something that challenges and stimulates on more than a base level – and you should, too.

The king. If you know, you know.
MORE LIKE THIS
deadly premonitionDeadly Premonition: Director's CutSWERY