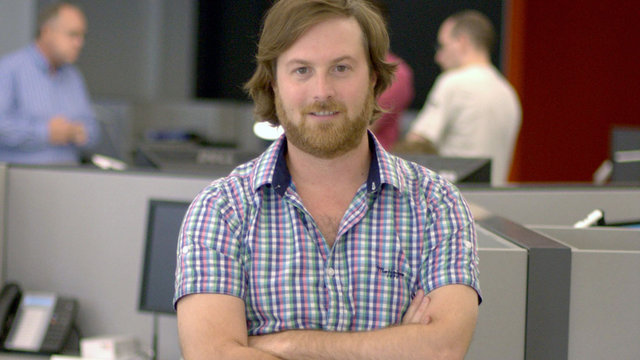 We have learned today that Ubisoft have future-endeavoured one of their game designers.

This is no ordinary game designer though – this is Patrice Desilets we are talking about, Assassin’s Creed creator geezer. The dude isn’t happy about it. But then this isn’t the first time he has been let go by the Gallic firm.

“Contrary to any statements made earlier today, this morning I was terminated by Ubisoft,” Desilets told Polygon. “I was notified of this termination in person, handed a termination notice and was unceremoniously escorted out of the building by two guards without being able to say goodbye to my team or collect my personal belongings.

“This was not my decision.”

“Ubisoft’s actions are baseless and without merit. I intend to fight Ubisoft vigorously for my rights, for my team and for my game.”

In their statement to press earlier in the day, Ubisoft officials said that the company and Desilets parted ways after “good faith discussions.”

“The acquisition of THQ Montréal in January allowed Ubisoft to welcome 170 experienced developers, including Patrice Désilets, to our existing and renowned workforce,” an Ubisoft spokesperson told Polygon. “Unfortunately, since the acquisition, the good faith discussions between Patrice and Ubisoft aimed at aligning Patrice’s and the studio’s visions have been inconclusive. As a result, Patrice has left the studio. Our priorities remain with the teams already hard at work on projects in development. They are at the root of Ubisoft Montréal’s past and future successes.”

At the time of Desilets’ return, an Ubisoft spokesperson said the company was “very pleased to welcome Patrice to Ubisoft again,” and that the partnerships would “produce new ideas and high-quality titles for Ubisoft’s customers.”

Desilets previously worked as Ubisoft’s creative director until his initial departure in 2010, after which he began work as a creative director for THQ in 2011. Following the company’s bankruptcy, Desilets returned to Ubisoft after the company acquired THQ Montreal in THQ’s January auction.

We will fill you in on any further developments, including whether Ubisoft have anything to say about it.

Family man, lifelong Saints fan, music nerd, and all round nice guy. Find me on twitter @BigSeany1979
MORE LIKE THIS
Assassin's Creedpatrice desiletsUbisoft