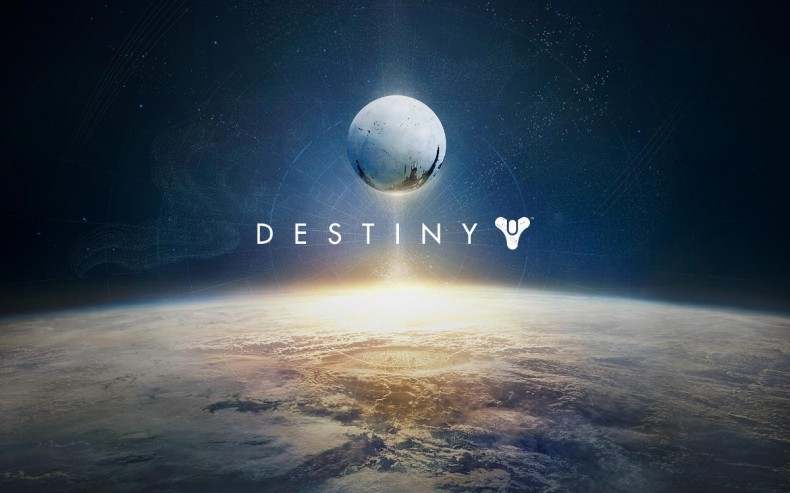 I’ve never been crazy about talking to people I don’t know. Maybe it was all those stranger awareness ads when I was a kid, starring some random popstar or cartoon character warning you to just say no. Maybe it’s because I’m a lone wolf, born to walk this hallowed Earth alone. Maybe it’s because (and this is more likely) I’m a grumpy bastard. Either way, it’s one of the main reasons I don’t play an awful lot of cooperative multiplayer games. Add in the fact that I’m a dad of several children under five who are usually sleeping when I play, and you’ll start to see why throwing on a mic isn’t always an option.

So I was initially perturbed by Destiny‘s fireteam-based coop; I assumed I’d need to communicate to succeed, and would be left taking orders from 14-year-olds half a world a way with way too much time on their hands. But Destiny isn’t that beast. In fact, I’d be so bold as to say that many of the reviewers who critiqued Destiny during the first two weeks after launch (myself included) didn’t fully understand how it works. For a start, it really doesn’t begin until you hit twenty. That’s when all of Destiny’s systems really come into play, it’s when loot starts to fire out of the heads of dead enemies like it’s Borderlands (ok, there’s not as much, but that makes it more exciting), and when you learn what marks are for, pick a faction, start getting excited about spending those Strange Coins at the weekend and get to indulge in Nightfall Strikes and (if you’re brave enough) a six-man Raid.

But the beauty of Destiny isn’t the post game content, or even that sweet, sweet loot (I swear, seeing a violet engram drop is even more thrilling than watching a gold item launch into the air in Diablo III); it’s the player interaction. There is a rhythm to Destiny that you won’t even realise you’re tapping your feet to, and it’s what elevates Bungie’s shooter far beyond the Halo-aping RPG some people took it for.

It’s an effortless synergy, a meeting of minds across vast distances, an understanding of your role that’s not defined as starkly as a class role in, say, Warcraft, but in a subtler way. It’s not even to do with your class; it’s more about knowing where you’re meant to be at a certain time, spotting where there’s slack that needs taking up, the fact that it’s almost unthinkable to not revive a downed player who you’ve never even seen before. Take the public events, for example. I tend to farm for Marks and glimmer in the Cosmodrome at the Divide, or on the Moon, as I enjoy the Fallen Walker and WARSAT events. These in particular are solid examples of natural teamwork. Focusing on the tank, anyone who has done it will know that to take it out you need to blast the armour off its legs to expose its vulnerable, red-hot core. At the same time, Fallen dropships will continuously spawn grunts and captains to deal with.

It would be so easy for two or three players to run around shooting anything that moves and achieving jack-shit, but that never happens. I have a spot I take every time, round the corner of a building, that allows me to hammer the tank with my pulse rifle and hit its core with my sniper, or annihilate the grunts with a well placed rocket or grenade. I have run that event thirty or forty times, and I’ve never seen another player trying to use my spot. Instead, I see players using three or four other similar spots which I wouldn’t dream of muscling in on. It’s unspoken, but it works and so no one needs ever question why it happens. Other events are similar – you play your role, regardless of class, and do what needs to be done.

I find the same happens with Strikes. It’s hard to fuck up a Strike if you remember key rules: watch each other’s backs, don’t charge off alone, take your spare ammo packs. I’ve never communicated during a Strike beyond the wave, salute or bow emote, and I’ve never failed one. There is a set of instructions you’ll never speak or read, that change dynamically as you play. Do you see someone go down and immediately charge to them and pick them up? No. Sometimes the best way to save them is to keep your head down for thirty seconds and let them spawn. But at the time, you’ll know what’s best. The now legendary Magic Loot Cave was another great example of synergy. You’d turn up for a bit of farming, see another player there, and simply get on with it. If there was an emote that performed a barely perceptible nod of mutual respect, you’d have used it every time. You both knew you were exploiting an accidental gold mine, why go on about it?

It’s a form of co-op play that you don’t see very often. When two players find themselves bonding without words while trolling new players with the big fan in the Tower, or an unexpected flash mob suddenly erupts in front of the Cryptarch because a couple of players rolled a Legendary chest at the same time and, hell, a Guardian’s gotta dance.

It’s not emergent gameplay in the truest sense, but it’s always satisfying to see Bungie’s shared world vision work the way it was intended to. The reason I’m still playing Destiny and utterly loving it isn’t just the tiny incremental improvements to my character that Bungie’s incredible end-game ethos provides, it’s for these moments of sudden synergy, the sense that each one of you is a weapon in the fight against the Darkness, that you can stand alone if you’re strong enough and brave enough, but that the true victories are forged beside other Guardians.

Are you still playing Destiny? Let us know why in the comment section, below.

Senior Content Editor Mick has been playing games for over 30 years and writing about them for around 12. After drifting from site to site for a while, settling briefly at the now-defunct Made2Game and freelancing for the gone-but-not-forgotten NintendoGamer Magazine, he came at last to rest at Godisageek. Mick has been a reviewer, staff writer and content editor here for some time, while also moonlighting a little for Red Bull Games. He has 4 kids, has written 2 novels, and sometimes even manages to pay a bill or two. You'll usually find him defending the galaxy in Destiny 2, battling evil in Diablo 3, or lurking in the background on Twitter. Find him there @Jedi_Beats_Tank, or on XBL (JediWaster247), PSN (Jedi_Waster) or Nintendo (JediWaster).
MORE LIKE THIS
ActivisionBungieDestiny