previous
Opinion: How Splatoon Convinced me to Buy a Wii U
random
next
NiP Pick Up Swedish Dota 2 Team Lajons
8 comments

Opinion: The Year my Fiancée got into Gaming 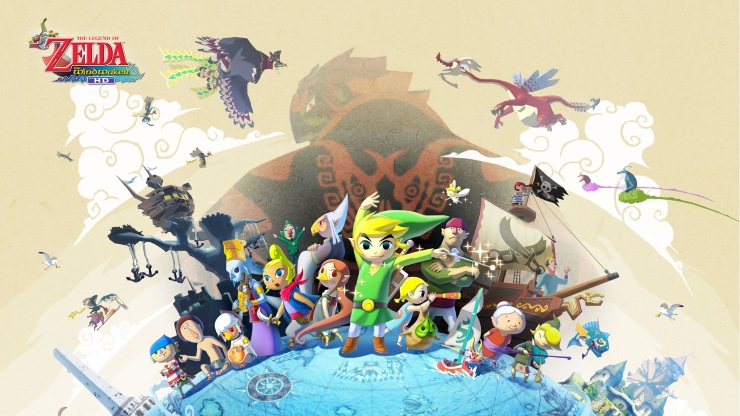 As I write this, my fiancée is sat playing The Wind Waker HD. Every evening for the past week she’s been glued to the screen, tackling the Forsaken Fortress, dropping down to Hyrule Castle, and currently puzzling her way through the Wind Temple. Twelve months ago she wouldn’t have dreamed of playing a game alone. Things like my excitement when my PS4 arrived on launch day were met with a patient smile. Not rude, but not a part of this key part of my life either.

Over the past few years we have played a few things together, but not much. It started with Rayman Origins. She had a PS2 as a child and had fond memories – and continued with the sequel, but after a few weeks we’d have finished them and they would be forgotten. LittleBigPlanet was also dabbled with, but never thoroughly, just a passing interest if we had nothing else to do.

Things changed one day towards the end of 2013. I was reading a review of Tearaway and it caught her eye – she even asked me some questions about it. I was given it as a present for Christmas but I had hardly touched it when she whisked the Vita from my hands, and I didn’t get it back until she had finished Tearaway a few weeks later. Never had she taken such an interest in the hobby that I’m so passionate about. It was absolutely great, but it seemed to die away pretty quickly. That is until mid-April. A text comes through “Lets get this!” followed by a screen-grab of a Wii U Mario Kart 8 bundle. To say I was surprised is putting it mildly. Not only is she suggesting we get a game (a first in itself), but she actually wants a console as well.

Looking back, I shouldn’t have been that surprised. Everybody played some form of Nintendo game as a kid, either an N64 or a Gamecube at home or at a friend’s. I never knew it, but she was a Mario Kart fan. That first weekend we spent glued to the television, unlocking almost everything straight away. It was brilliant: here was a brand new gaming experience that I got to share with her.

It didn’t stop there, either. Later that week I picked up Super Mario 3D World, breaking up our regular MK8 contests, and we played through the entire game together. A second hand copy of New Super Mario Bros. U followed, although that didn’t last long as we both agreed it wasn’t as enjoyable as other games we could play. It isn’t just the Wii U we play on – although it was key to sparking her interest. Worms Battlegrounds (another series she remembers playing as a kid) became our game of for a little while, and whenever my sister (as big a gamer as myself) is around, out comes Towerfall Ascension. More and more often when my fiancée sees me playing something new, she’ll ask to have a go, whether it be GTA or Assassin’s Creed.

All of these bolstered playing Mario Kart every other day, but mostly she would still play games with me, rather than a fun activity in their own right.
That changed about a week ago when I introduced her to The Legend of Zelda: The Wind Waker HD. She loves it; the combination of the puzzles, gentle combat and a fun storyline is something I don’t think she’s experienced before.

I’ve barely gotten the TV since, but I don’t care. I can finally share my hobby with my other half and I love that almost as much as I love her.

You can find me on Twitter and PSN as MacShanks, and feel free to hit me up if you have any questions, queries or feedback!
MORE LIKE THIS
Mario Kart 8Super Mario 3D WorldThe Legend of Zelda: The Wind Waker HDTowerfall Ascension