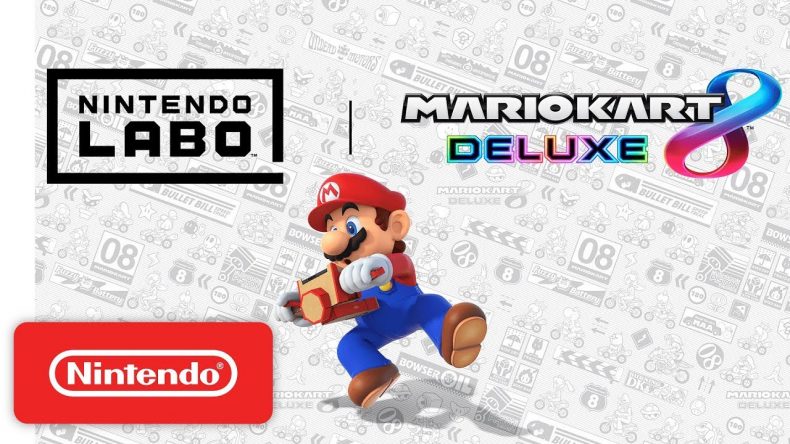 Before going into the details for Mario Kart 8 Deluxe, read our review of the game and Nintendo LABO here. Nintendo will also be adding LABO support to some other games. Mario Kart 8 Deluxe patch 1.5.0 has been detailed and you can read the patch notes below: At the screen right before the game begins, please set the Joy-Con inside the Toy-Con Motorbike.

When using the Toy-Con Motorbike, the camera will look over the character’s shoulder, increasing immersion. Addressed an issue where, after setting up a tournament, the “Search by code” feature would stop functioning.
Addressed an issue that made it impossible for a player to proceed after colliding with a Star Thwomp.
The latest update data is needed to play matches online.
Once you have downloaded the latest update data, you will no longer be able to play “Local Wireless” and “LAN Play” matches with other players who have not downloaded this data.