Opinion: Where Next for Saints Row? 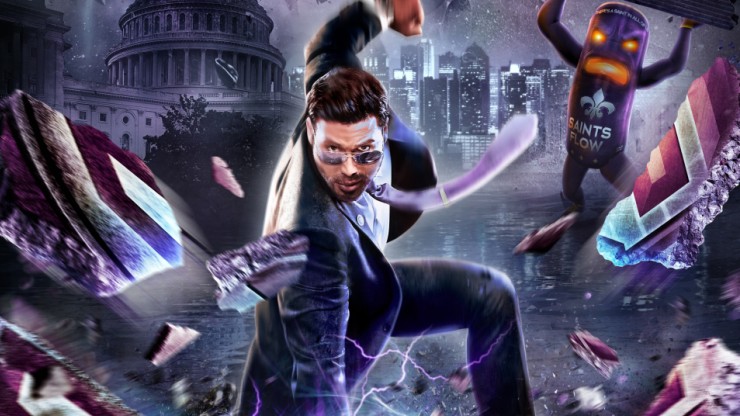 Saint Row was – and lets be honest here – a knock off Grand Theft Auto when it spawned nine years ago. Since then though it has found its niche, comedy juxtaposed against GTA’s grittiness. Saints 3 had a lucha libre gang, hover-bikes and Professor Genki’s Super Ethical Reality Climax. Saints 4 threw off the last shackles of reality, with aliens, super-powers and a Matrix-style computer simulation. With Earth destroyed, it was hard to see where Volition could take the series next.

The answer, of course, is the afterlife – Hell to be specific. Gat Out of Hell launches today, and if you haven’t read Colm’s review yet, you really should. It’s far from perfect (the game that is), but Colm’s biggest criticism – save for repetitive missions – is that it just isn’t that funny. For a series entrenched in comedy, surely this is the ultimate sin? It’s not like the potential isn’t there. In Hell you’ll meet Blackbeard, Shakespeare and Vlad the Impaler, as well as various victims of the Saints’ murderous rampages. Off the cuff I can think of various comedy missions working from these characters, plundering with Blackbeard, a Macbeth-themed murder-play, and taking Vlad on the town, teaching him modern murder techniques. It took me ten seconds to come up with them, and they’re funnier than any mission in Gat Out of Hell.

In fact, they’re better than anything in the entire game except for a brilliant five minute sequence that could be the best cut-scene of 2015 (which was typically released as a trailer). The sucker punch is that it makes you realise some effort went into the comedy, that the same team came up with that rescue mission set to “I Need a Hero” and that scene where you travel inside a computer and become a toilet. They could have made Hell great.

What’s worrying is where Volition take the Third Street Saints next. The concept of Hell would have made a great full release, allowing the team to fully explore the options of hanging out with historical figures (picture the Saints versus Hitler and tell me you don’t want to see that). Instead, Volition has shot its wad on this, and it feels like a waste. The ending of Gat Out of Hell touches on the problem, so the team are clearly aware of it, but what’s the answer? If Hell is a no-go then Heaven is always an option, The Boss was President, why not make him God? Being on a spaceship you could put them on a new planet, with aliens providing plenty of comedy material.

If I were honest though, I’d send the Saints back to Earth. Maybe not even try to explain how, but just run with it – this is Saints Row, after all. Stick them in a new city after being chased out of Steelport, and go back to basics. Gat Out of Hell struggles to be funny because the story missions are mostly the open-world tasks of previous games. Re-working the whole thing from the ground up might just be the best idea.

You can find me on Twitter and PSN as MacShanks, and feel free to hit me up if you have any questions, queries or feedback!
MORE LIKE THIS
Deep silverSaints RowSaints Row IV: Re-ElectedSaints Row IV: Saints Row: Gat out of Hell