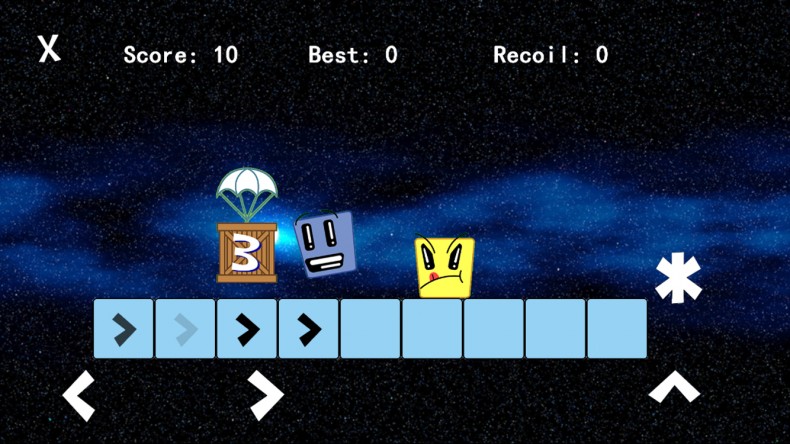 Bang Man! The minimalist platform game which has been keeping Android users entertained since release just before Christmas – is now available in the App Store, for free.

The game sees players attempt to defend Earth from an infinite wave of alien invaders, high above the planet. Players must use ammo dropped from above to destroy each alien – but every time they fire their gun, they will recoil by the number shown on the box they collected.The trick here is to avoid aliens whilst without falling off the platform.

Bang Man! has been designed and developed by Simon Byron, with graphics by Chris O’Toole and music by Mat Stevens. It is free to download and play, with one in-app purchase disabling the adverts.

SteamWorld Dig Coming to Xbox One