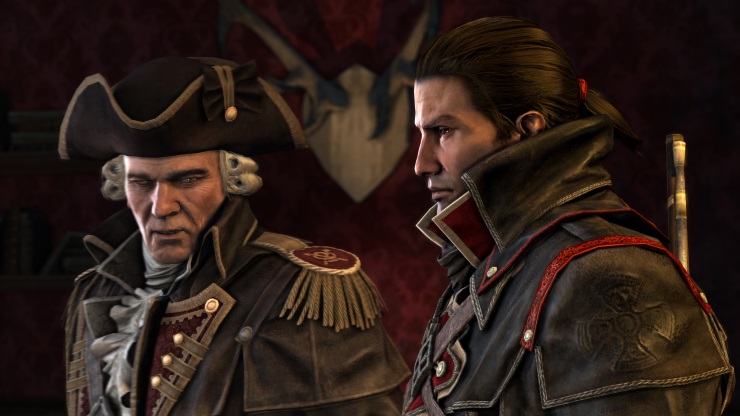 Ubisoft’s 360 and PS3 Assassin’s Creed stopgap ‘Rogue’ has finally gotten it’s release date for PC, and in a twist Ubisoft have seen fit to add eye tracking technology to it.

In partnership with Tobii Tech, Eye Tracking has been implemented into the game, meaning that anyone with a Steelseries Sentry will see the camera pan as they look left and right while playing the game, Ubisoft say this will create an ‘infinite screen experience.’

Due on March 10, the regular version and Digital Collector’s edition will be available both digitally and physically. Pre-ordering these via Uplay will grant access to the two additional bonus packs: The Siege of Fort de Sable and The Explorer. The Collector’s edition will consist of an artbook, three lithographs and the game’s soundtrack, players will also get an extra single player mission and bonus armour and weapons.

If you’ve immediately jotted that date down in your calendar it might be worth your time to check out Dan Naylor’s review, and also the PC specifications below:

A lover, not a fighter and an all round good guy (he would say that, he wrote this after all), he's happy to be here as part of GIAG.
MORE LIKE THIS
Assassin's CreedAssassin's Creed RoguePCUbisoft