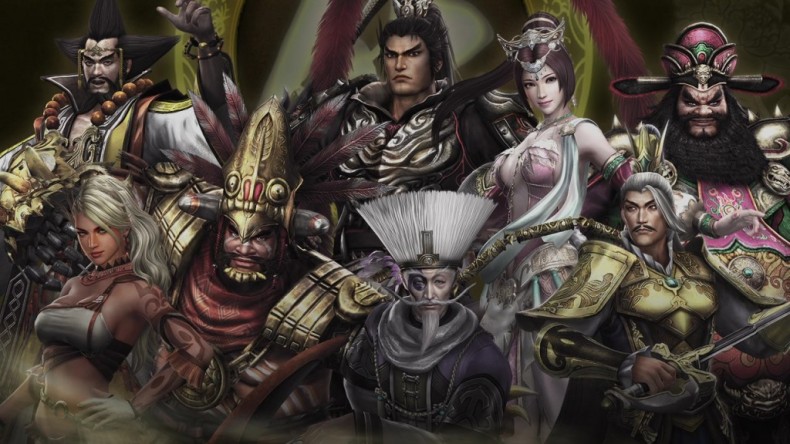 Dynasty Warriors 8: Empires comes to Europe this week. A series that has always had a hard-core following, we had a chat with the Producer, Akihiro Suzuki, about where the series has been, and where it might go in the future. Suzuki-san began as a programmer on Destrega, a fighting title for the original PlayStation, and it has been suggested that elements of that game made their way over to Dynasty Warriors.

“Talking about Destrega and the Dynasty Warriors series, I was the main programmer on Destrega, that’s where I started, and although it wasn’t a commercially successful title at the time – it didn’t go as well as we were expecting – in terms of the approach and what we did at the time, we felt we had created something very unique. I wouldn’t say there was a direct connection between the two titles. Some of the experience we gained from working on Destrega has perhaps passed on to the Dynasty Warriors series, but nothing more.”

Those early instalments still hold a special place for Suzuki-san, amongst his favourites in the franchise.

“Looking back at the whole franchise, obviously the first instalment is one of my most memorable. As the first instalment, I have a lot of feelings from being so involved in that title when it started, and obviously there was a lot of difficulty involved in making it. But at the same time the team had a very good and positive feeling towards the game as we were making it, so it remains one of my favourites.

“At the same time I enjoy Dynasty Warriors 7, mainly due to the scenario side of the game. We took a lot of time planning out the scenario side and trying to make it more realistic and truthful to the real history. So those two are my favourites.” The franchise draws heavily from Three Kingdoms era China, with Omega Force working hard to research it thoroughly. Dealing with historical figures can be difficult though, and has lead to some criticism.

“Obviously it’s always a difficult balance between gameplay and history. If you take the appearance of a character, we made one bald for example, which people didn’t like. All the characters, their body shapes, how they speak, their uniform, we hear a lot of voices good and bad, but we try and make it as truthful as possible based on historical facts, but obviously we need to rebalance it to make it more adaptable for the game we create. We are trying to bring the best out of the characters for the game.”

The conversation moves onto the new game, Dynasty Warriors 8: Empires, which includes more strategic elements than a base Warriors title. Omega Force has been working to build on the mechanics of DW7:E.

“Talking about DW8: Empires, we do feel that a lot of changes have been implemented. The actual base battle system has been upgraded and enhanced in various ways, especially the base capturing mechanic, which has been looked at. We have added a new feature where the player can create a temporary base, which adds a lot to the strategic side of the game during a battle.

“The player also now has more freedom, from the Empires side of things, in choosing what they do in the storyline itself, so hopefully there will be some new stuff for the players as they make their way through the game. The edit mode has been revamped as well. Much more details can be applied to the characters the players want to make.”

Such changes are not just for the existing fans though. Suzuki-san hopes new players will be drawn to the series, and bigger changes are planned further down the line to keep things fresh.

“We want to make sure everybody is happy with the game at the end of the day, so talking about the enhancements and upgrades to the game we wanted to make sure that fans of previous games came back. We have also created a demo which should be released in the coming weeks, and hopefully some new players will get their hands on that, and enjoy it enough to purchase the full game and love that as well. “Looking at the future of the DW series, I should mention the team does feel that we need to bring something in terms of a fresh feel to the games. We haven’t decided anything at the point, but we are looking into different options for future instalments. We are making sure the core concept of the DW franchise doesn’t change, but at the same time we would like to make sure we are bringing something new, so we are looking into different options for the next instalment in the series with a big change in terms of gameplay, so hopefully in the near future we’ll be able to talk about some of our ideas.”

One option open to the Omega Force is working on existing IPs, such as the recent Hyrule Warriors, with more possibly in the works.

“Obviously working with other IP’s s something the company is always looking into, and there are talks going on – although we can’t announce anything at this point. Hopefully we’ll be able to announce something in the coming months about a new collaboration.”

Of course no God is a Geek interview would be complete without the key question, where does Suzuki-san keep his ketchup? The answer is short and succinct.

Why indeed? We would like to thank Akihiro Suzuki for his time.

You can find me on Twitter and PSN as MacShanks, and feel free to hit me up if you have any questions, queries or feedback!
MORE LIKE THIS
Koei Tecmoomega force