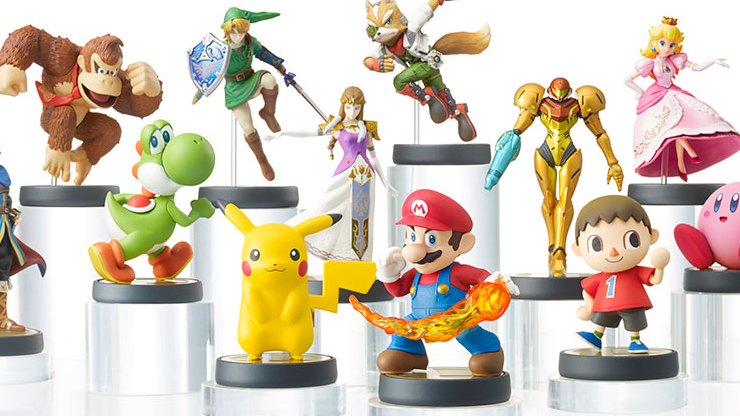 Nintendo have announced that they plan to release card versions of their ultra-popular Amiibo range later this year.

The news comes after Nintendo’s creative lead Shigeru Miyamoto proposed the idea at the end of last year purely as a possibility, but it now seems card Amiibos are certainly on their way. The development of the cards was announced in Nintendo’s third-quarter results briefing, which also highlighted the huge success of the figurines in territories such as the United States, Europe, Australia and Japan.

The United States and Canada made up 63% of all Amiibo shipments, with Europe coming in second with 23%. Japan and Australia came in third and fourth respectively, with 11% and 3% of total Amiibo sales. It’s estimated that over 5.7 million figures have been sold worldwide up until the end of last year, with the Link Amiibo being the most popular in the US, Europe and Japan.

Nintendo CEO Saturo Iwata said in the report: “In contrast to the current figure-shaped amiibo available, we will make amiibo in the form of cards this year as one of our future plans as Mr. Miyamoto mentioned at the Corporate Management Policy Briefing in October.”

The card-based Amiibos are expected to be cheaper than the traditional figurines and aim to appeal to players who would like the functionality of the Amiibos but don’t wish to collect the figurines. Amiibos are currently usable with the Wii U gamepad and the New Nintendo 3DS with an adapter for the original 3DS slated for a summer 2015 release.

Amiibos were introduced to coincide with the release of Super Smash Bros. for Wii U and have garnered tremendous interest from gamers and collectors alike. The figures allow players to store character data from Smash Bros, as well as providing bonus content for games like Mario Kart 8 and Hyrule Warriors, and it is expected that the card-based Amiibos will do the same.

The latest game to implement Amiibo technology is Mario Party 10, due for released on March 20 in Europe exclusively on Wii U.

Currently an English, Journalism and Creative Writing student at the University of Strathclyde. Based in Glasgow, I spend most of my free time playing video games ranging from Japanese visual novels to horror games. You can contact me at greg@godsiageek.com!
MORE LIKE THIS
Amiiboamiibo cardsnintendo