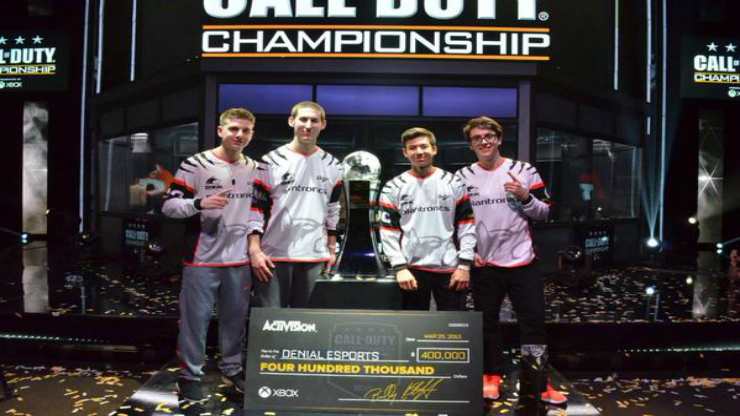 This past weekend saw the Call of Duty World Championships take place in LA. 32 teams battled for a share of the $1million prize pool and the title of the best Call of Duty players in the world.

One of the biggest surprises of the event was seeing fan favorites (and many peoples pick to win overall) Optic Gaming crash out on day two of the event after being beaten by Faze Red. Optic ended up taking 7th place.

The other major surprise of the weekend was Team Revenge, a relatively unknown team to many comprised of young players making it to the grand final. They eventually fell to Denial in the final, but it was a close affair ending three games to two. The final is certainly worth a watch if you get a chance, especially the two S&D games along with the Uplink match.

eSports! I joined God is a Geek all the way back in September 2013 and since then have spent most of my time on Dota 2, and occasionally posting the odd review, news article or totally wrong predictions for The International. When I am not playing Dota I can probably be seen watching some kind of strange eSport or begging for more Twitter followers (@MikeStubbsy if you are interested). Aside from GiaG I am a computing student, football coach and major Apple fanboy.
MORE LIKE THIS
ActivisionCall of DutyCall of Duty: Advanced WarfareCOD