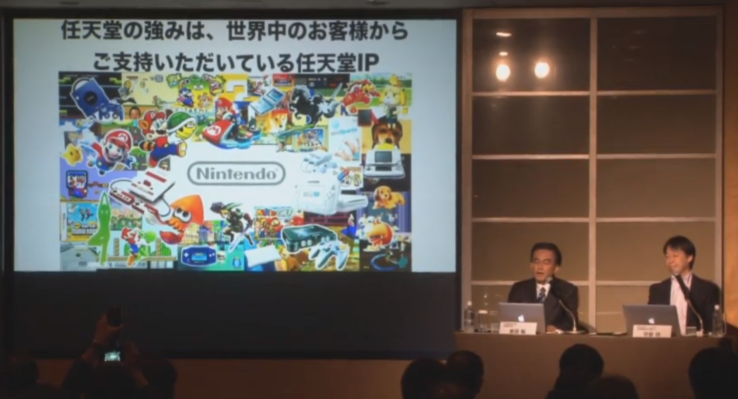 Having long resisted to even acknowledge the existence of mobile platforms, Japanese giant Nintendo today announced that they had partnered with mobile game developer DeNA to venture into the smartphone and tablet market.

Using their own original IP’s, Nintendo plan to develop games for mobile phones and tablets to reach audiences worldwide with the help of DeNA. However, it was pointed out that only original games would be developed, meaning no ports from 3DS or Wii.

In a statement, Nintendo said: “To ensure the quality of game experience that consumers expect from this alliance of Nintendo and DeNA, only new original games optimised for smart device functionality will be created, rather than porting games created specifically for the Wii U home console or the Nintendo 3DS portable system.”

The two giants also plan to develop a membership service accessible from smart devices, PC and Nintendo systems, targeted to launch later this year and capitalised on DeNA’s expertise in the online membership market.

Also announced was some new Nintendo hardware, codenamed the NX which is supposedly a “brand-new concept”. Details were scarce, with Iwata saying that the company hope to discuss the NX in more depth next year.

Currently an English, Journalism and Creative Writing student at the University of Strathclyde. Based in Glasgow, I spend most of my free time playing video games ranging from Japanese visual novels to horror games. You can contact me at greg@godsiageek.com!
MORE LIKE THIS
denamobile gamesNewsnintendo

Nintendo has no plans to add content to Super Mario Run: Report
Be the first to comment!
Leave a reply »