Has the Assassin’s Creed Series Lost Its Way? 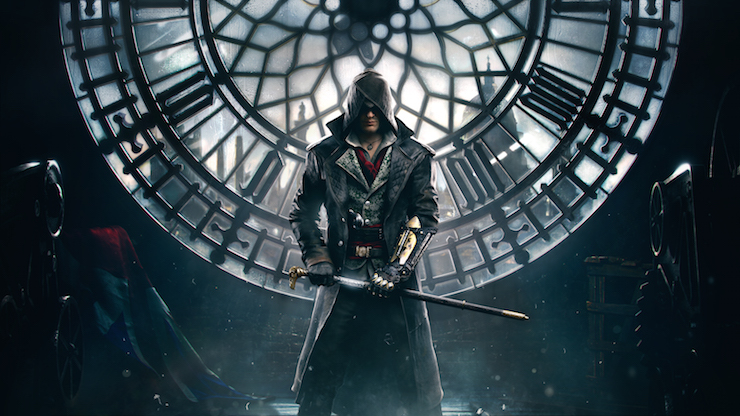 When Assassin’s Creed Syndicate hits shelves on October 23 it will be the ninth console instalment of the long running series. With yearly instalments ever since the excellent Assassin’s Creed 2, it is unsurprising that the series is often said to have lost it’s way, little more than a cynical cash-cow that has change for change’s sake. Even Black Flag, to some the pinnacle of the series, had little in common with it’s 2007 ancestor.

So when last year’s Unity went back to the series roots, with a re-worked free-running system and actual assassinations, things were looking up for Assassin’s Creed. Despite a raft of launch window bugs, Ubisoft had remembered what made the series so great. Then came the Syndicate reveal.

On the surface it looks pretty good. Assassin’s Creed fans have long called for a game set in Victorian London, and with it’s dirty, crime filled streets it certainly seems like the perfect setting for a series that sees you striking from the shadows. Watching the live stream however, I couldn’t help but feel the lessons learnt from Unity have already been discarded.

Take the combat for example. Fighting in the series has always delicate, maybe even elegant, dancing away from enemies, keeping them at arms length until you dart in and stab them through the eye. Even when guns were introduced, in close combat they still required that you buy yourself a few seconds to actually use one. Unity had this system balanced and fluid, and fights were actually enjoyable – not something that can be said for every instalment.

The Syndicate reveal looked more like something from one of Rocksteady’s Batman games (and I don’t just mean the overacted, Penguin-esq Cockney voices). Sure, as the developers explained, times had changed; you couldn’t just wander the streets with a sword or an axe anymore, but brass knuckles? Really? Jacob has a ruddy great blade hidden in his gauntlet that would make short work of even the toughest gangster. Then there’s the revolver, ominously attributed as his second weapon. Again, I know times have changed, but guns have always been a useful back up in the series, rather than a main tool. If I want a Victorian era shooter I’ll go play The Order.

That earlier Batman comparison was more than a throwaway remark by the way. Syndicate arms you with a new grapple, allowing you to shoot to the top of the highest buildings in seconds, or zipline across streets, exactly as the Dark Knight does in his games. More than slightly ridiculous, it undermines a climbing system that was all but perfected in Unity, where the triggers determined movement either up or down.

The reveal also had a distinct lack of assassinations, choosing to focus more on street brawls and fighting on top of a moving train (which is never a good idea). Indeed from Jacob’s description in the official PR, he is a ‘hot-headed and rebellious leader of an underground gang’. Doesn’t sound much like an assassin, which may explain why his sister Evie, as whom you play a portion of the game, is ‘a master of stealth and control’. Presumably it’s the bits where you do some actual assassinating.

That’s assassinations and free running, two of the series’ staples, thrown in the bin then, but that other long running tradition of change for change’s sake is firmly in place: you can now drive carriages around the city. Putting aside the fact that, as one of the editorial team said yesterday, if you were in a hurry you would surely just steal the horse, the carriage chase scene shown looked dreadful, treating them more like bumper cars rather than a living creature tethered to a bit of wood. It just looked daft, carriages glued to the road no matter what the impact. The idea that bigger is better is present as well; London is to be the ‘largest, most modern open-world city’ in the series to date. As much as I enjoyed Unity’s Paris, not once did I feel it was too small, and in fact I would have preferred it a little smaller.

Of course Syndicate could turn out great, but in a reveal trailer you’d typically show your best, and if that was Syndicate’s best I’m worried. Ubisoft has clearly forgotten what made the series’ great, right after discovering it again in Unity. Surely this is down to the dev cycle. Syndicate has been in development since the release of Black Flag, so Unity’s strengths came too late to be implemented. Even more worryingly 2016’s game is likely in development right now, so lessons learnt this time around will take another two years to be implemented, a cycle that is doomed to repeat. Imagine the difference taking a year off could make for the series.

You can find me on Twitter and PSN as MacShanks, and feel free to hit me up if you have any questions, queries or feedback!
MORE LIKE THIS
Assassin's Creed SyndicateUbisoft