previous
Dota 2 Tutorial with The N00B and the L337 (Part 1: Matchmaking)
random
next
Here's this Week's new Destiny Nightfall and Heroic Strikes
0 comments 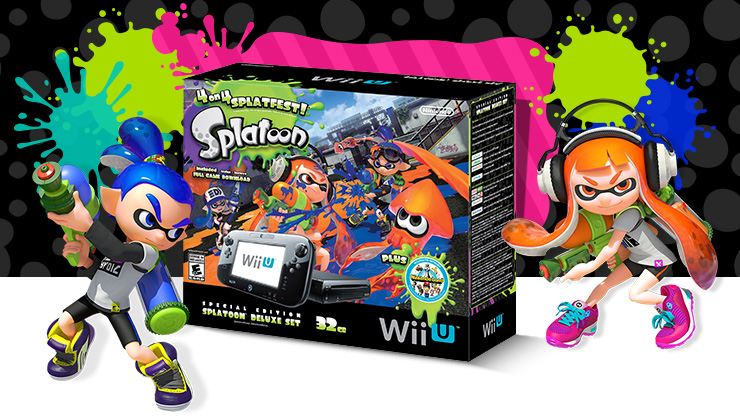 Nintendo are bringing a special Splatoon Wii U bundle to stores on June 19th. The Bundle, which will retail at around $300 (we’re not sure on the UK price just yet). Yes, the bundle is coming a few weeks after the May 29th Splatoon release date, but hey, at least you can.. err..whatever.

The Splatoon Wii U bundle will come with a download code for Splatoon, a 32GB Wii U preloaded with Nintendo Land, and a Wii U gamepad and sensor bar. And the other stuff that comes in a Wii U box that I can’t remember. A gamepad stand or something? Sweet.

Stay tuned to GodisaGeek in the next few weeks, as we are rather looking forward to the launch of Splatoon and will be all over it like paint on a brush.

Hello! I'm Jonny, gamer since 94' thanks to my trusty Super Nintendo, hooked ever since. Consider myself to be a casual gamer, but to be honest I'm just kidding myself. Nintendo fan boy, Formula 1 and Saints FC fan.
MORE LIKE THIS
bundlenintendoSplatoonWii U