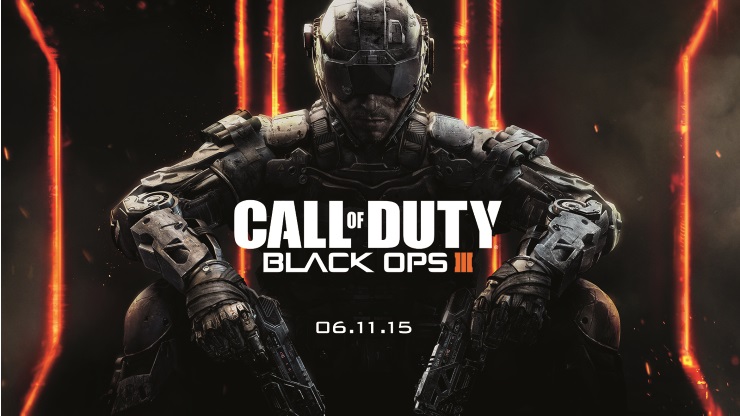 If you asked me what my favorite game of all time was right now, I would probably say Dota 2. If you asked me when I was around 10 my answer would have been Pokémon Ruby, but if you asked me anywhere between the ages of 13 and 17 my answer would have been whatever the most recent Call of Duty game was. Modern Warfare will always hold a special place in my heart as the first CoD game I played (and a game I accredit with changing my life significantly, but that’s a story for another day) but it was the Treyarch games I loved the most. I still feel World at War is criminally under rated, and BlOps (along with BlOps 2) has, for me at least, always been the pinnacle of Call of Duty. So with Black Ops 3 coming out this year, I was thrilled to go hands-on with the multiplayer at E3.

I played two matches during my time: one game of Kill Confirmed on a small map with a big open area in the middle and lots of winding corridors and multiple levels, as well as one game of Hardpoint on a bigger map, that had quite a few drops that would kill you if you fell down them.

See, while BlOps 3 doesn’t directly take the exo-suits from Advanced Warfare it does have something very similar, a jetpack-like thing that effectively allows for double jumps as well as the ability to wall run. These new movement abilities feel very similar to those of Titanfall, but that isn’t necessarily a bad thing, as the best moment of my hands-on time was when I double-jumped across a gap I wouldn’t have been able to make normally then landed on a wall and ran along it, until jumping off and killing an enemy while mid air. It was one of the typical Call of Duty wow moments where you genuinely feel like a badass even though the move was really quite easy to pull off.

Throughout both matches I made a point of trying as many weapons as possible in classes that I made with the returning Pick 10 system. I got to play with a few assault rifles, a SMG or two, a meaty pump action shotgun that was a one shot kill even from around 10 meters away and, of course, a sniper rifle – and yes, I ran round trying to no scope and did mange to hit one random shot through smoke! Each of the weapons had a really unique feel; even the assault rifles felt substantially different. The AK-like weapon was slower than the one I started out with, but obviously required fewer bullets to kill.

The Hardpoint match effectively ended up as a shotgun war, with one team jumping on the Hardpoint, only to be taken out by a crew of shotguns from the other team. Eventually my side managed to win as time expired by just a few points. It was an incredibly fast-paced and exciting game, but felt more controlled than Advanced Warfare, where you could often be taken out because someone flew through with their exo abilities. Fortunately this never occurred in BlOps 3 as the movement abilities aren’t quite as powerful.

Despite not having properly put hundreds of hours into a Call of Duty since BlOps 2, this felt familiar and easy to pick up. Crouch was on the analog stick for some reason but other than that everything was the same. That said, the double jump/wall run, new weapons and really well-designed maps gave it a fresh feel. Amazingly, I managed to come 3rd in the first match, which I think was down to my familiarity with the previous BlOps games. It feels familiar yet new, like an old friend coming to visit: there is a bit of awkwardness at the start but you quickly fall back into a comfort zone and everything feels almost the same, but there are always new elements that pop up.

Call of Duty: Black Ops 3 isn’t the revolution of the series that Advanced Warfare was but it feels much more refined, borrowing some of the better elements from past games and not introducing anything too major or different (at least in my experience.) Playing this has certainly made me want to pick up Black Ops 3 and put some hours into for the first time this generation, but the reason I’m most excited about Treyarch’s shooter being back is that I now have an excuse to say CoDBlOps all the time, and that is really fun to say. CoDBlops.

eSports! I joined God is a Geek all the way back in September 2013 and since then have spent most of my time on Dota 2, and occasionally posting the odd review, news article or totally wrong predictions for The International. When I am not playing Dota I can probably be seen watching some kind of strange eSport or begging for more Twitter followers (@MikeStubbsy if you are interested). Aside from GiaG I am a computing student, football coach and major Apple fanboy.
MORE LIKE THIS
Activisiontreyarch