previous
Why Has Project CARS 2 Been Announced so Quickly?
random
next
Destiny Weekly Nightfall and Heroic Strike Reset
5 comments

Bungie Are Taking Destiny Players for a Ride 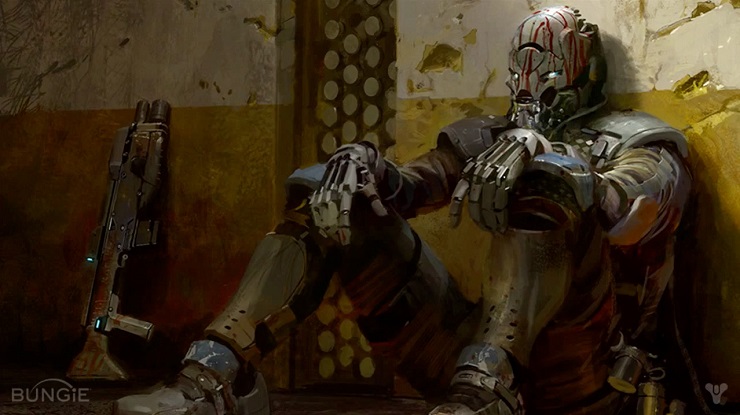 Wow. So let’s be brutally honest here, Destiny was never the most complete package. The initial release was woefully lacking in content, with a short, unfinished story that literally just ended all of a sudden, and a general sense that we would eventually be paying to carry it on. Two expansions in and we still don’t know who our mysterious Exo benefactor is, nor why we were resurrected by Tyrionbot, or what the Darkness or the Traveler really ARE.

And that’s fine. I love Destiny, as do millions of others. And even people who claim to hate it play it regularly because, while Bungie got lots of stuff wrong, they nailed that effort/reward feedback loop. As a result, I’m happy to pay for more content, because more content might eventually bring me some story clarification, and besides, more Destiny is more Destiny.

With the announcement of The Taken King, Bungie have confirmed the long-rumoured major “Comet” expansion. New class specialties are coming, a whole new area, new PVP maps and modes, new Strikes, a new Raid and of course, tons more gear. That’s all gravy, and if Bungie tell me it’s worth another £40, who am I to argue, right? I love Destiny, and who doesn’t want to invest in something they love, right? Right? But here’s the kicker: Destiny – or more to the point, Bungie – does not love me. I’m just another face in a long list of one night stands. I’m nothing special. Neither are you. Not a single one of you, regardless of what you’ve already invested in Destiny. Even if you’ve already paid £50 for the original game, plus £35 for the expansions released so far, The Taken King will still cost you £40. That’s almost as much as a full game. That’s almost as much as you originally paid for Destiny.

If you’ve never played Destiny, the entire package will cost you £54.99. Think about that for a second. That means that while existing players are getting expansion content for FORTY BUCKS, new players are getting the same content for, essentially, nothing. The main game plus expansions already cost everyone else close to £80, now they want another £40 for The Taken King. That’s £120 altogether. Or a brand new player – one who hasn’t spent 200+ hours in the game, who hasn’t “supported” Destiny and Bungie from the beginning – can get the whole entire bundle for HALF THE PRICE. What. The. Fuck?

But that’s not all. If you buy the Collector’s Edition for £79.99, you also get “exclusive in-game content” as well as three unique class emotes. That would be fine and dandy if existing players could pop onto the marketplace and pay an extra £6.99 or whatever to get those items, but they can’t. YOU HAVE TO RE-BUY THE ENTIRE PACKAGE to get those exclusive emotes.

That’s a dance, a wave, a teabag move, a moonwalk, something cosmetic. I want those emotes, of course. Everyone will want those emotes, and if they were free, or even cheap, almost everyone would get them. But they are not. If you want them, you have to pay £80 on top of the £80 you already paid. I love Destiny, but that is disgusting. Bungie, Activision, that is disgusting. Read this squirmy interview by Eurogamer to see just how callous Bungie are towards their existing fan-base. At one point, Luke Smith (The Taken King’s creative director) uses the words “If I fired up a video right now and showed you the emotes, you would throw money at the screen…”

Well done, Luke. That’s selling a brand right there. You may as well have said “If I show you those emotes, you’ll drop your trousers and assume the position.” Bungie don’t love you. They want to let you buy them dinner and then demand you lay back and think of Clovis Bray. It’s cynical, money hungry and utterly disrespectful of the fans who have already invested.

Okay, you can argue with me. You can say “Calm down, dickhead, they’re only emotes and a smattering of gear or shaders or whatever”. Fine. But that’s not the point. The point is that I have poured time and love into Destiny, and I should be rewarded for that. You know what existing players get? A Sparrow, a shader and an emblem. Well, thanks a fucking bunch. We should be getting ALL of it.

I’m not going to suggest boycotting Destiny or anything extreme. I’ll continue to play it. I love Destiny. I’ll even likely buy The Taken King because I want more Destiny and, right now, I’m happy at the new content being listed. But because you love something doesn’t mean you can’t call bullshit on it, and this is bullshit. Maybe if 9 million people switched it off, Bungie would take notice and realise that what they’re doing is an utter con and a slap in the face to anyone who has supported, defended, promoted and loved their game.