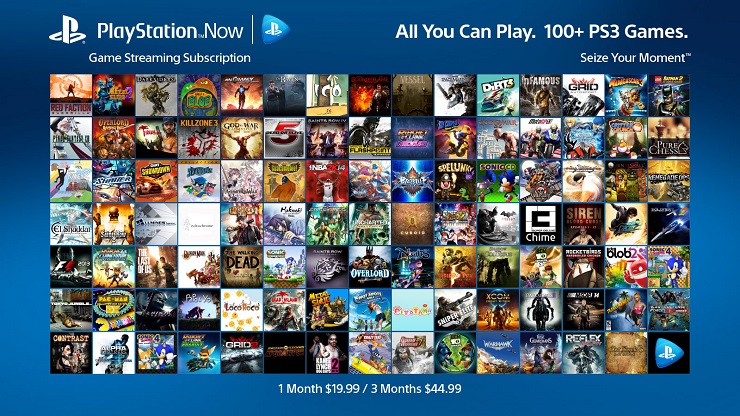 If you’re lucky enough to be in the PlayStation Now closed Beta, you may have noticed that Sony has added prices for the various rental packages in the service, either £4.99 for two days and £9.99 for 30 or £2.99 for two and £7.99 for 30, depending on the game in question.

We at God is a Geek have always been about putting the consumer first, and I’ve taken a look at the prices of games in the service against what a used copy costs at high street store CEX.

As you can see, the prices for a used copy hover around the two day rental mark. In total it would cost you £92.81 to rent each game for two days, and only £10 more to buy them all second hand. You could argue that it’s for people who don’t have a PlayStation 3, but you can pick a second hand one of them up from the same shop for £65, which gives a total of £167, £20.81 cheaper than renting all of those games for a month. That’s just ridiculous.

In a statement to Eurogamer, a Sony spokesman said: “Final pricing for when PS Now fully launches has not been confirmed yet but we’ll continue to listen to gamer feedback on this subject.

“PS Now is an evolving service and user feedback will be a key part of our service design decisions, including content and pricing.” Even so, it’s a pretty astronomical starting point. and then of course there’s the subscription needed to use the service in the first place. No UK pricing has been revealed so far, but in the US it’s $19.99 for a month, and $44.99 for three.

Let us know in the comments how you feel about the services’ pricing.

You can find me on Twitter and PSN as MacShanks, and feel free to hit me up if you have any questions, queries or feedback!
MORE LIKE THIS
PlayStation NowSony

PlayStation Now Coming to the UK This Spring