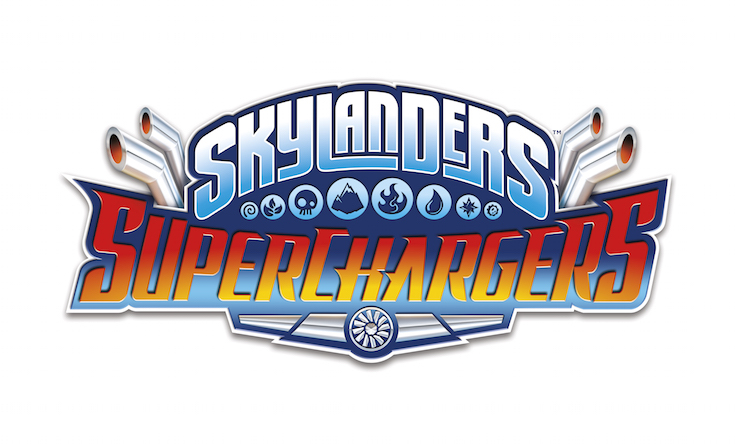 Vicarious Visions and Activision are branching out their Skylanders series to focus on bringing vehicles to life in their new title, Skylanders SuperChargers, which will allow players to explore mountainous terrains, deep sea environments and the skies of Skylands like never before.

SuperChargers aims to deliver “powerful, tricked-out land, sea and sky vehicles” and promises “an unprecedented high octane action-adventure videogame where fans have the freedom to speed across Skylands’ roads in vehicular combat, race down roaring rapids and engage in aerial dogfights as they barrel roll through enemy swarms.”

Villain Kaos returns with his new super weapon – the “Doomstation of Ultimate Doomstruction” – capable of eating the sky itself and it’s the players job to mobilise the Skylanders to defeat this threat. SuperChargers will be compatible with all 300+ Skylander toys from previous games, allowing any character to pilot vehicles. Unlike the characters, vehicles won’t have a base pad. Instead they have moving parts – such as wheels- being they truly can be used as regular toys.

A starter kit will be available, containing the game, a portal, Super Shot Stealth Elf, Spitfire and the car Hot Streak. Interestingly existing Skylanders players won’t need to buy a new pad to play the game, and only a land vehicle is required to complete it; with the sea and sky areas optional. A press release for SuperChargers lists the main features:

Skylanders SuperChargers will be available on PS3, PS4, Xbox 360, Xbox One, Wii U, Wii, 3DS and iPad. It will release on September 20 in North America, and September 25 in Europe. You can check out some of the products below and read our interview with the developers here.

Currently an English, Journalism and Creative Writing student at the University of Strathclyde. Based in Glasgow, I spend most of my free time playing video games ranging from Japanese visual novels to horror games. You can contact me at greg@godsiageek.com!
MORE LIKE THIS
ActivisionSkylandersSkylanders SuperChargersVicarious Visions