This is how the new Guitar Hero Live controller works 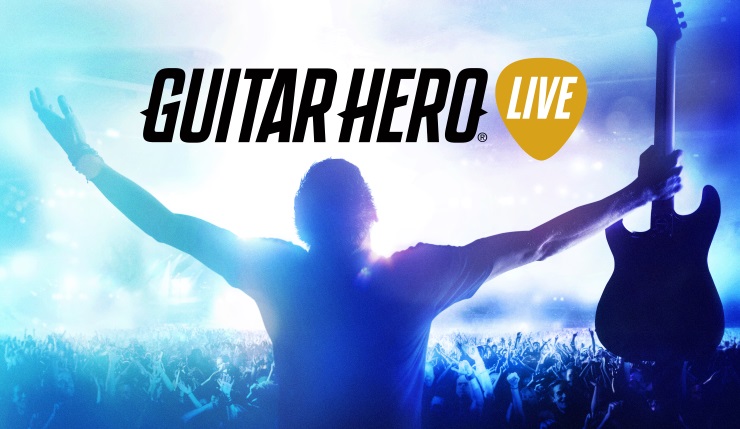 Five years ago Guitar Hero was my jam. I could comfortably 100% the majority of the songs on hard and even managed to complete Through the Fire and the Flames on expert a few times [Editor’s note: calling bullshit on this without video evidence, Stubbsy]. While I wont pretend to be as good these days I still say I’m a decent Guitar Hero player, yet I ended up looking like a fool when I used the new Guitar Hero Live controller.

It’s worth noting that I play lefty, but don’t use the on-screen lefty flip (which confused the hell out of the devs I was playing with, so I basically became a experiment for twenty minutes). What this means is that some of the things I say may be upside down or back to front. This has never hindered me playing Guitar Hero before, so I don’t see it as an issue.

The fancy new controller that is going to set us all back £85 features six buttons laid out in two rows of three. For me the three white buttons were on top while the three black buttons were below. Each of the buttons is a square shape and probably slightly smaller than those on the previous controllers, having more of a Rock Band style design. The smaller buttons didn’t prove to be much of an issue; they were easy to press but difficult to mess up. On the easier difficulties only the white buttons are used, which for someone with my skill was incredibly easy. It was basically the same as playing the easy mode in previous titles. Moving up the difficulties adds in the black buttons as well, and this where things got difficult. The highway has been shrunk to just three lanes, the left, right and middle to correspond with the three sets of buttons. If a white note comes along the highway you press the corresponding white button and strum. If a black note comes you do the same, but press the black button, but when a square that is half black and half white appears in a lane you must press both the black and white buttons and strum.

This is where my muscle memory screwed me over, I kept wanting to use my little finger, which is clearly a bad idea. Moving my little finger to try and cover the top row when these squares came along would result in my fingers reverting back to the five button layout I was used to and then me trying to press the solid plastic separators that divide the button, thus I miss a note. Sticking with three fingers is the way to go, using the tip of the finger to press single buttons and using the length of the finger to press both at the same time. Of course there can be times when a white button on the left will need to be pressed at the same time as a black button in the middle or the right. This, again, is super confusing for the first few songs, but towards the end of my time with Guitar Hero Live I started to get the hang of it. Hitting a black and white combo across lanes felt super satisfying, and I imagine that once you get the hang of things it could feel even better than before.

Everything else remains pretty much the same: strumming is unchanged, the whammy bar returns, and the renamed hero power (previously star power) button is again placed just below the strum bar. A lot of GH Live’s potential issues lie with its first person mode and the GHTV service, but one area that is sure to impress is the controller itself. While Rock Band is returning to the tried and tested formula, Guitar Hero is changing the landscape of the rhythm action genre and are on to a winner.

eSports! I joined God is a Geek all the way back in September 2013 and since then have spent most of my time on Dota 2, and occasionally posting the odd review, news article or totally wrong predictions for The International. When I am not playing Dota I can probably be seen watching some kind of strange eSport or begging for more Twitter followers (@MikeStubbsy if you are interested). Aside from GiaG I am a computing student, football coach and major Apple fanboy.
MORE LIKE THIS
ActivisionGuitar Hero Live