Toy Soldiers: War Chest is Now Available for PC, Xbox One and Playstation 4 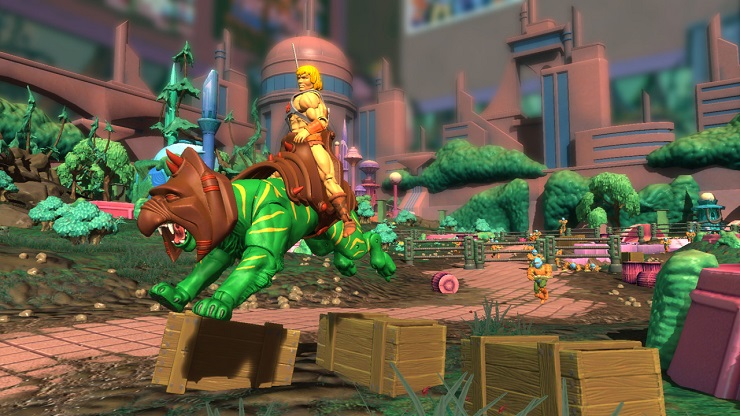 Ubisoft Entertainment and Signal Studios have finally released the action-packed strategic defence game, Toy Soldiers: War Chest. You can unleash your inner child by downloading it right now on PC, Xbox One and Playstation 4.

Described as “a fast-paced genre-bending mix of strategy defense and action gameplay,” Toy Soldiers: War Chest brings to life some of your favourite toys and helps to ignite that imagination you may have left behind within the final years of your childhood. You can build and upgrade every aspect of your army, including gun turrets, tanks and infantry, all whilst defending your toybox from waves of unforgiving, surly foes and their large and powerful armies. Give out orders from a far and use the strategies you believe will win the war, or dive right into the fight by running and gunning into the thick of it as a soldier or tank: the choice is 100% yours!

Along with the standard release, Toy Soldiers: War Chest Hall of Fame Edition allows you to play as two of history’s most beloved toy franchises. You’ll be able to harness the power of Greyskull, as He-Man and the forces of Eternia (including Battlecat!!) protect their own world from the forces of darkness. Never really played with Prince Adam and the gang? No worries, the world’s biggest heroes from G.I. Joe come to play; Commander Duke and his army bring a massive selection of weaponry to fight the Cobra Commander and his band of villainous comrades. Keep an eye out for Assassin’s Creed fan-favourite, Ezio Auditore da Firenze too, as he will be featured among the chaos.

Video games are cool. Don't let anybody tell you any different.
MORE LIKE THIS
PCPlayStation 4Signal StudiosToy Soldiers War Chest