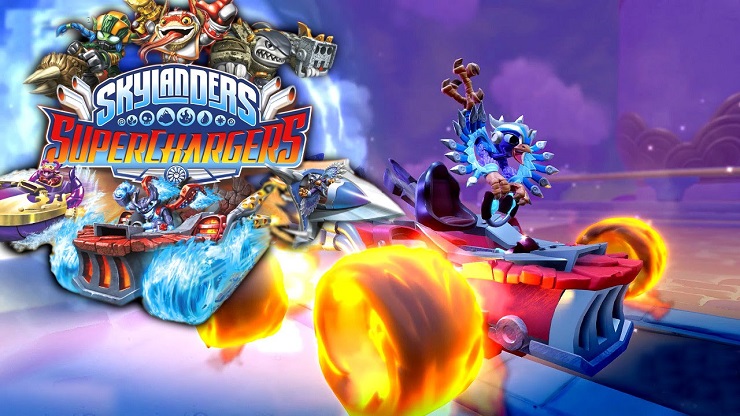 Racing car driver Max Chilton will be taking to the season finale of the Indy Lights Championship in a Skylanders Superchargers-themed race car. The 24-year-old will be racing around the Mazda Laguna Seca race track on September 12 and 13 and the prospect of doing so is a very exciting one for the driver and fan of the Skylanders franchise.

“It’s great to once again be working with the team from Skylanders to support the launch of their new Skylanders SuperChargers game,” say Max. “The Skylanders Superchargers game is all about speed, reactions and of course winning, so there are obvious parallels to real life racing, albeit I can’t grab power-ups or slow other drivers down with a laser cannon! I’m hoping for a strong finish to the season and targeting another podium or a win to round off the year with Carlin.”

The partnership is in aid of the new Skylanders Superchargers game. For the first time ever, you’ll be able to buy and play with brand new vehicles that come to life when put on the pad, allowing each car to race against a plethora of other weird and wonderful creations. You’ll be able to take the sky and sea as well as the various land maps that are filled with secret routes, crazy courses and bonkers power-ups. In terms of game modes, Activision has included time trials and three-lap races where you’ll be able to race against friends and friends of friends, chatting to each other as you race for supremacy. With the success of previous Skylander iterations, it is a safe bet that the racing element of Superchargers is going to win over  old and new fans alike.

Video games are cool. Don't let anybody tell you any different.
MORE LIKE THIS
ActivisionPS3PS4Skylanders SuperChargers