Hands-on: Five reasons why Need For Speed might be the best one yet 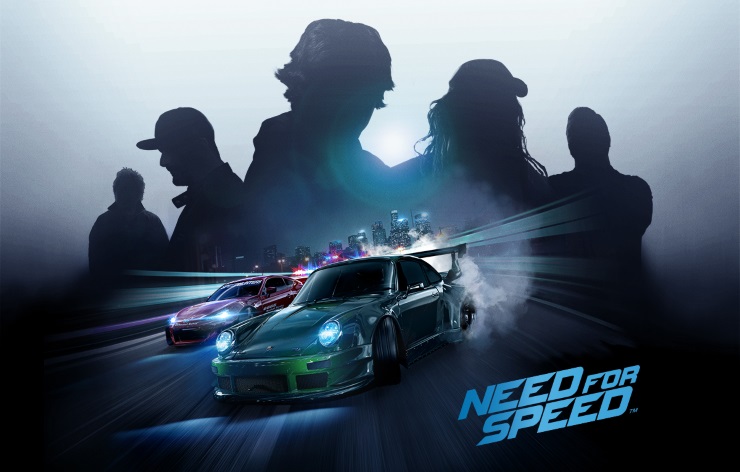 Reboots are always a risky business. Scrapping what has come before while keeping the core of the franchise in there is a difficult feat to pull off and one that doesn’t always work. However, after playing close to eight hours of the new Need for Speed from Ghost Games, I’m happy to report that it seems by far the best game in the series for years, and rebooting the much-loved franchise was exactly what it needed. It’s so good that all I really want to do is go back and play some more, so let’s quickly take a look at why it’s so grand, so I can get back to it. One of the core features of the new Need for Speed is the five ways to play. Throughout the main story the missions you undertake will be for one of five people, each of whom have their own unique style. Spike, for example, likes going really fast, so the majority of his missions will be sprint races or time trials, whereas Manu’s missions are mostly-drift based. According to the dev team you can, if you want, solely focus on a couple of areas that you like and ignore the rest, although in practise it’s best to explore all five areas of Speed, Drift, Crew, Build and Outlaw to maximise your funds and upgrades. Having the different sections means that things never get repetitive, as once you start to get bored of one mission tree you can move onto another whenever you want.

2. The cars and customisation One of the main areas is the story tree with Amy, who likes to build and modify cars. She is your port of call for netting new parts to upgrade your ride and is one of the more interesting characters – but that’s not all. Once in the garage that she basically lives in, you can customise your car both visually and mechanically. Adding new parts to improve performance is just a case of selecting what you want and pressing purchase, but visual customization gives you a ton of options to create a unique-looking vehicle, much like creating liveries in the Forza series. My car (that you can see in the image above) took less than 10 minutes to make look ridiculous with stickers and gold decals, but someone with even a hint of artistic talent could make something truly impressive here. Ken Block is cool as. That is just fact.I’m not even that big a fan of cars, but even I can appreciate how cool Ken Block is. Excitingly, he is in Need For Speed, and when I say in Need for Speed, he isn’t some poorly rendered model, he is actually there in the flesh thanks to the live action cut scenes that don’t look out of place at all. In fact, he is one of five celebrities from the driving world (although was the only one I had heard of) that all feature in the main story. Speaking of the live action cut scenes, there are more than a few occasions where a cut scene will feature your own customised car and it looks like it’s there in real life. The technology is unbelievably good and the rest of the world is visually stunning as well thanks to only taking place at night. Perhaps the best new feature in Need for Speed 2015 is the ability to custom-tune your handling model. If you prefer to drift round every corner by just tapping on the break then you can whack the handling slider (or adjust custom sliders) all the way to the drift side and skid around the city. If you prefer to actually have to break in a more simulation style then you can move the slider to the grip side of things and have a more traditional racing experience. Personally, I settled for a fairly drift-orientated style, but would change it if I found an event particularly difficult with my current settings, adjusting to suit the mission more (races with more grip or drift events with more drift settings, for example). There have been few games over the past year or so that have made me want to keep playing like Need for Speed has, and it is perhaps the first racing game since Forza 3 that has kept me hooked for a long time. It’s difficult to explain why, but I just keep wanting to go back to it, to move the story along that little bit further and keep on flying around in my kickass car. Mechanically, when you get a handling setting that works for you, it is incredible, the visuals are stunning and most importantly it is fun. There are annoyances such as the constant phone calls, and the police are somewhat of a nuisance, but even they don’t detract too much from Need for Speed’s allure.

eSports! I joined God is a Geek all the way back in September 2013 and since then have spent most of my time on Dota 2, and occasionally posting the odd review, news article or totally wrong predictions for The International. When I am not playing Dota I can probably be seen watching some kind of strange eSport or begging for more Twitter followers (@MikeStubbsy if you are interested). Aside from GiaG I am a computing student, football coach and major Apple fanboy.
MORE LIKE THIS
EAGhost GamesNeed For Speed