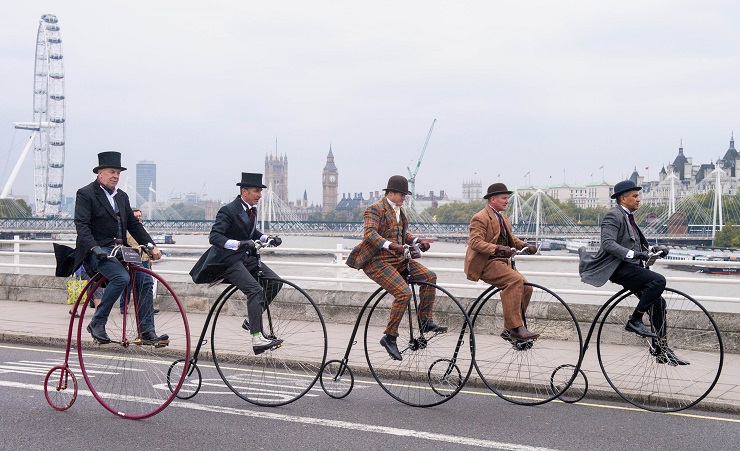 “The Penny Farthing is the defining image of Victorian commuting and it was a thrill to bring some Victorian style and panache to the grind of the daily commute,” said Neil Laughton, Chairman of the Penny Farthing Club. Neil and the other riders travelled through the Strand, Waterloo Bridge and St Paul’s Cathedral, all to mark the occasion.

Assassin’s Creed Syndicate will be out on October 23 for Xbox One and PlayStation 4, with a release on Window’s PC on November 19. Keep your eyes peeled for God is a Geek’s review coming very soon.

Below, you can watch a video that showcases one traveller’s commute on a Penny Farthing as he tried to get to work on a busy weekday morning.

Video games are cool. Don't let anybody tell you any different.
MORE LIKE THIS
Assassin's Creed SyndicateLondonPCPlayStation 4