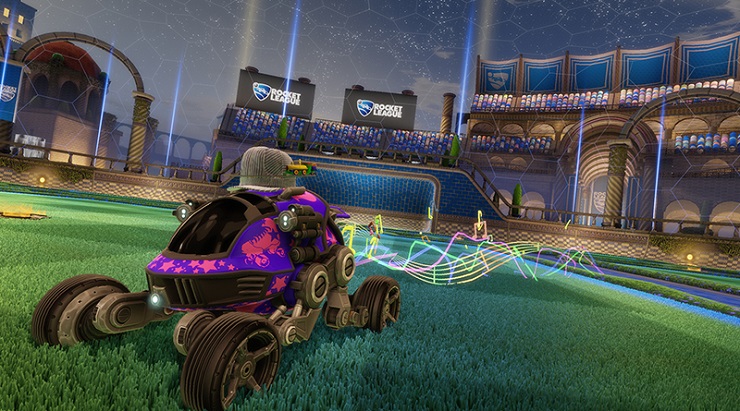 Psyonix has released their second batch of DLC for Rocket League called ‘Revenge of the Battle-Cars’, and it is available right now on the PS Store and Steam.

The new DLC brings back Scarab and Zippy from Rocket League’s predecessor, Supersonic Acrobatic Rocket-Powered Battle-Cars, meaning you can race around the arena in these fan favourite vehicles. There are also lots of new paint types, decals, rocket trails, toppers, antennas, wheels, trophies and achievements to enjoy. To read full list of what’s included, feast your eyes on the list below:

Just like the last update, there are also freebies on offer to every Rocket League participant. Two alternate variations of current Rocket League arenas are available (Urban Station at night and Utopia Coliseum at dusk), along with new video game antennas and community flags 100% free!