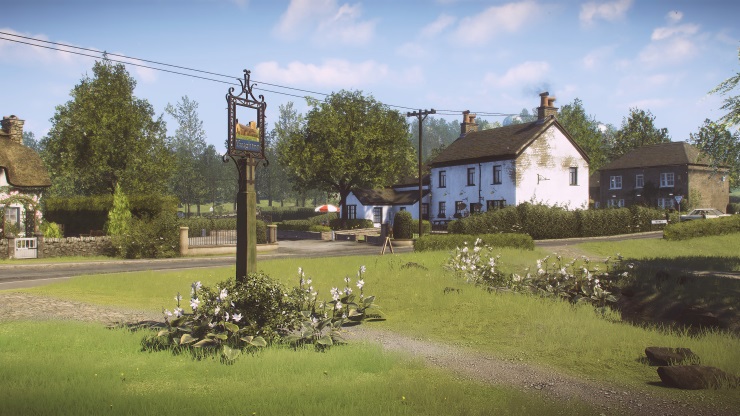 When I was a kid, I lived in a quaint little village in Derbyshire called Borrowash; it was no different to any other village really, but it was a place where everybody knew each other and everyone got along. I loved growing up there because it felt safe – it was where I played football with my best friends, it was where I went to school, where I learned to ride a bike and it was where I met my childhood sweetheart.

There was a beautiful country park called Elvaston Castle about a ten minute walk away from my house, with a majestic stately home at its heart, and trees that stood tall along its borders; when the sun shone through their leaves, there was no greater sight to behold and I will never forget the beauty of that place – or the place I grew up.

There are so many other places in Borrowash that hold so much meaning to me and I could go on about all the memories that come to mind when I think of St. Stephen’s Church, Ron’s Hairdressers or the park at the bottom of Dean’s Drive, but it is one of my games of the year that I want to talk to you about, and why Everybody’s Gone to the Rapture feels like home: familiar, safe and remarkably beautiful.

When I first saw the trailer for Everybody’s Gone to the Rapture, I was instantly blown away. I knew nothing of its story or setting, and I had yet to be introduced to its powerful music, but I knew there was something strong in what I saw that instantly made me feel connected to it. Every interview, trailer and news story that followed drew me closer into its mystique, and when I finally got to play the game, it moved me in a way that no game that came before ever had.

The Chinese Room are known for exploration games such as Dear Esther and Amnesia: A Machine for Pigs, so I knew that at the very least I’d be spending the majority of my time wandering around its world and trying to work out what had happened in the fictional village of Yaughton. The story that runs through its veins tells of a mysterious light affecting its residents in some way, and that it’s also the reason Yaughton is now uninhabited. As you walk around the village, more and more clues paint a bigger picture and help to reveal that this light is making the inhabitants disappear.

As intriguing as the story is though, it’s most definitely the characters that provide Everybody’s Gone to the Rapture biggest attraction. From excellently voiced characters to short, smart segments where memories of the town unfold, the writing in Everybody’s Gone to the Rapture is excellent. I felt connected to all of them, even Stephen Appleton, who at first seems like a selfish and disconnected cheat. Of course, there are people you feel more of a connection to, but overall, there is something beautiful in each one of them; these people are damaged, confused and scared. They are humans like you and I, trying to find peace in all of the madness at the end of the world.

A perfect comparison to Everybody’s Gone to the Rapture is the TV show, Lost. Both leave you with unanswered questions, but regardless of whether you think the ending is too vague or ambiguous, it had always been about the characters and their own stories. The first time that I knew Everybody’s Gone to the Rapture had a hold on me was in a memory from quite near the start of the game. After looking around one of the pubs, I crossed over the street and entered a house through the back door. Upon reaching the lounge, I triggered one of Jeremy, the local vicar’s memories. You hear him listening to a woman called Amanda talk about how her husband went upstairs to put their children to bed after they’d both been suffering from headaches and nose bleeds. It is then revealed that the husband hadn’t come down and it was over two hours later; she was too scared to go up alone because of what she might find, and so asked the vicar to go up with her. It was such a beautiful and terrifying scene that really struck a chord with me and portrayed a community torn apart by something they couldn’t control or understand.

Jessica Curry’s incredible score ripped my heart out. I’ve never heard such a stunning score in a video game before, and paired with the remarkable storytelling, it gave another layer of poignancy and emotion. I’m so glad Jessica’s hard work was recognised by the Official Classic FM charts, debuting at number seven and showing the world how much of a talent she really is.

Everybody’s Gone to the Rapture is an experience I will never forget. It gave me both a gripping story and interesting characters that I grew to care about, along with a stunning soundtrack and a wondrous setting that felt both familiar and haunting at the same time. My wife (who is my childhood sweetheart, the one I met in Borrowash) never took her eyes off the screen, writing pages and pages of notes that we both tried to make sense of. We spent hours after the game talking about the people we’d met and what we thought it had all been about. Since I played through the game, my wife has also played through Everybody’s Gone to the Rapture in its entirety without any help or guidance, simply because she loved everything that I had about it. She doesn’t even play video games, but for The Chinese Room’s masterpiece, she made an exception.

Video games are cool. Don't let anybody tell you any different.
MORE LIKE THIS
Everybody's Gone to the Rapturegoty2015the chinese room