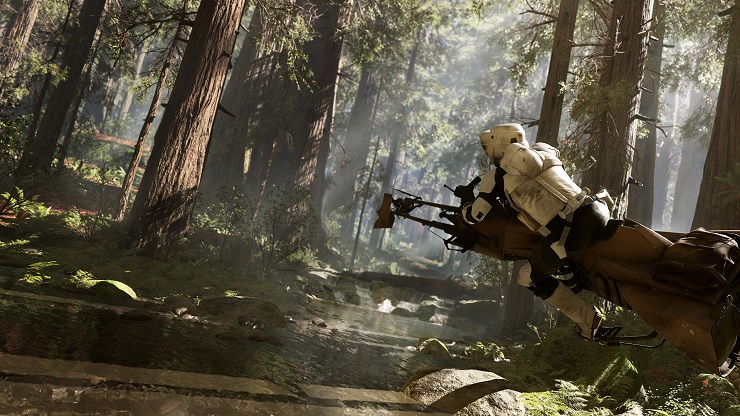 EA have detailed the content that will become available with the Star Wars Battlefront season pass, explaining that there will be four DLC packs released in the coming months.

The first DLC pack is titled Outer Rim and will allow players to “fight among the factories of Sullust and battle within Jabba the Hutt’s palace on Tatooine”. It is due for release in March.

The second DLC pack is titled Bespin, after the Cloud City it’s set in and will be released sometime in the summer. The third pack introduces the Death Star, one of the most iconic locations in the entire Star Wars franchise and will release this autumn. A fourth pack will see a release in early 2017, but no details have been announced for it as of yet.

Those without the season pass will also be receiving some TLC however, with EA saying they are planning on delivering free content updates to all players: the first of which will roll out tomorrow. See the notes on what’s coming below:

Content updates will also be delivered in February and March, with the February pack including a new Survival mission on Hoth, and a brand-new Hoth multiplayer map that will support our larger game modes including Walker Assault, Supremacy, Fighter Squadron and Turning Point. Turning Point will also become available on all maps that currently support Walker Assault and Supremacy in the February update.

In March, a new multiplayer map on Endor will be added: one that will support Walker Assault, Supremacy, and Turning Point, and an additional Tatooine Survival map. Dan reviewed Star Wars Battlefront back in November, calling it ” Accessible, well made and full of really, really cool moments”.

Currently an English, Journalism and Creative Writing student at the University of Strathclyde. Based in Glasgow, I spend most of my free time playing video games ranging from Japanese visual novels to horror games. You can contact me at greg@godsiageek.com!
MORE LIKE THIS
BattlefrontcontentDLCEA