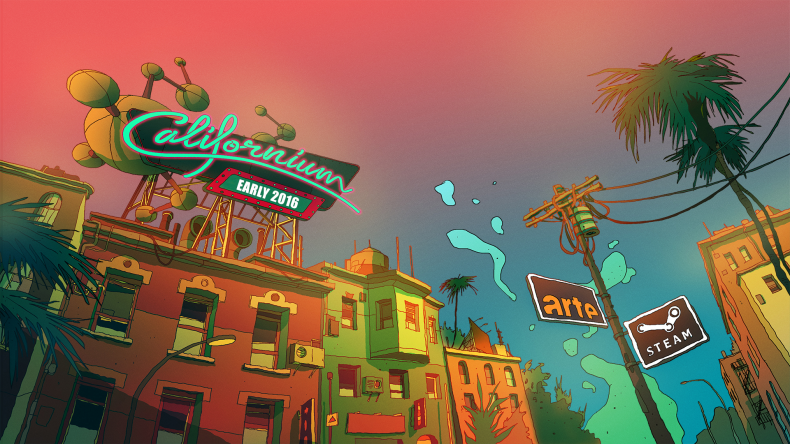 If you haven’t heard of Californium before, it sort of goes like this: You play as Elvin Green, a down-on-his-luck writer in 1967 Berkeley whose wife and editor have abandoned him as he struggles to put together his first novel. Descending down a mental spiral with the help of booze and acid, he discovers a way into alternate realities. “Luckily this nightmarish world is unstable, you can extract yourself from it and thus access another reality! You have nothing to lose!” the developer said.

The game is heavily inspired by the works of renowned sci-fi writer Philip K. Dick, and is being produced by French TV network Arte to promote their upcoming documentary on the author. While it is not specifically based on any one novel, it draws inspiration from works like Do Androids Dream of Electric Sheep?, The Man in The High Castle and A Scanner Darkly.

I managed to play the preview build at EGX last year and while I didn’t write anything on it, I can confirm it that it is definitely worth a look – the gameplay is so fascinating that I ended up chatting to the developer for around half an hour about how he managed to come up with it.

Currently an English, Journalism and Creative Writing student at the University of Strathclyde. Based in Glasgow, I spend most of my free time playing video games ranging from Japanese visual novels to horror games. You can contact me at greg@godsiageek.com!
MORE LIKE THIS
AdventureEGXrelease datesci-fi