Homefront: The Revolution – What did we learn from the beta? 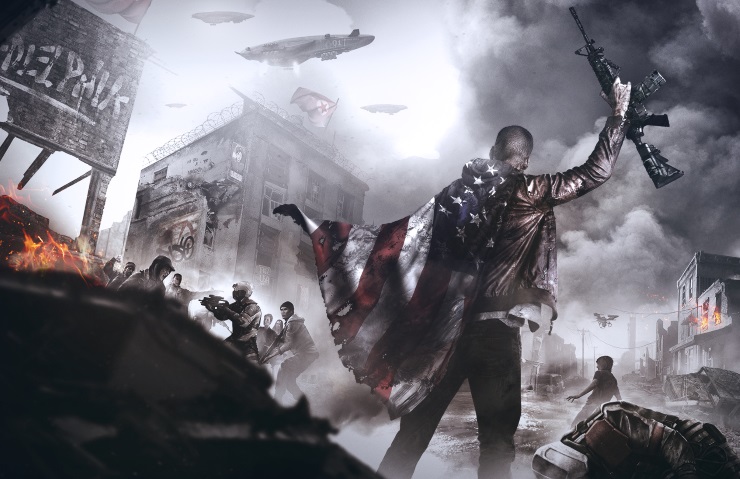 After being passed from pillar to post for almost five years, the sequel to 2010’s semi-successful Homefront will finally see the light of day in May this year thanks to the efforts of developer Dambusters, which picked up the troubled shooter after Crytek UK was forced to drop it. I recently got to grips with the closed beta to see if it’s worth all the time and effort and, speaking broadly, it most certainly is.

Perhaps in response to criticisms about the length of the original, The Revolution has gone open world for its campaign, turning Korean-occupied Philadelphia into a wrecked out playground strewn with stacks of smashed rubble, burned-out cars and the decaying remnants of the American Dream.

Leaving the solo campaign for the full release, the closed beta instead focused on the multiplayer contingent, presenting three different maps in which to wreak team-based havoc on the evil old North Korean People’s Army. I was able to create and customise my own resistance fighter, outfitted with weapons and gear acquired by spending in-game currency on various requisition packs and boosted by the time-honoured tradition of XP levelling.

I created a plucky little trigger-monkey named Christa in honour of people called Christa, tweaked her outfit and selected a medical background from a list of options, which meant that people she resuscitated during a firefight were given a little performance boost. Several other options all come with their own unique perks, allowing you to diversify a little right from the off.

The first map I jumped into saw me and my three teammates fighting through an occupied part of the city to rescue a squad of “Eagles” (American freedom fighters) and set off a bomb. This being a beta with a few months of development left, the slightly janky combat and occasional lag has to be forgiven for the sake of fairness, especially as it feels so immediately atmospheric. The bombed-out, hollow husk of Philadelphia is incredibly brown and grey at this stage, but the palette is deliberately evocative. It feels as though the world has ended and you’re all that’s left, desperately fighting for survival against a superior enemy force.

Sadly, the enemy AI wasn’t up to much beyond running and shooting and shouting, and so the huge, open-plan environments felt a little bit wasted. Not since Halo has a shooter given you so many routes to an objective, with opportunities to go vertical and get the drop on an enemy, or find a higher vantage point for a bit of recreational sniping. It’s almost a shame that the objectives funnel you on so quickly, but it’s easy to stay hopeful for a lot of freedom in the campaign. There’s scope to lay traps, set up cross-fires and create on-the-fly, emergent set-pieces, but there’s little actual opportunity to do that during a multiplayer round. Another map featured scramblers that could be stolen and rode at silly speeds to reach the next objective and, while the handling was a bit loose and the speed upset the beta framerate, they were zippy little numbers that really brought out the badass while riding one directly into a wall of hot North Korean lead. Once on-foot again, combat resumed in earnest, with headshots and skilful takedowns earning medals that went towards the end-of-match money pot.

Interestingly, the enemy weapons are fingerprint coded, so you can’t discard a gun during a match and pick up another. Essentially, you’re stuck with what you bring in, loadout-wise, but you can customise your guns on the fly. For instance, you can turn your rifle into a light machine gun with the addition of a few mods, all accessible by holding down the left bumper and cycling to the various areas of the weapon in question like barrel, sight and grip and selecting the piece from mini-radial menus. It felt a wee bit fiddly trying to do it while weathering fire from a remote-controlled Korean death robot, but that sense of down-and-dirty creativity adds wonderfully to the overall atmosphere of peril.

Likewise you can collect ingredients from all over the game world to craft “GTK” devices such as Molotov cocktails, noise-maker bombs and flash grenades, encouraging you to scavenge everything you see even in the middle of a life-or-death firefight. If you do catch a bullet between the eyes while trying to duct-tape a box of nails to the back of a homemade bomb, you can either be revived by a teammate or will regain your mobility when your team achieves an objective and activates a checkpoint. If the enemy AI was sharper, Homefront: The Revolution would have been more impressive. As it is, the North Koreans don’t really use the environment or the various routes to their advantage and –despite all being armed with guns which are, by definition, long-range weapons – seem to really enjoy zerging at you with little thought for their own safety. Still, at least you haven’t got to walk that far to pilfer ammo from their blood-stained pockets.

More than anything, this feels like a huge leap forward from what was, at times, a fairly staid affair. The original Homefront was a decent enough shooter, but it did nothing spectacular, which is a complaint the sequel is aiming to bury beneath a mountain of shell casings, bullet-riddled Korean flags and smoking armoured cars. It needs a little work to smooth off the rough edges, but as it stands Homefront: The Revolution feels different to any other shooter around at the moment.

There’s a huge amount of potential here, which is clear even without seeing the solo campaign in action. The team-based multiplayer missions are a lot of fun, the shooting is solid and the movement well-weighted for the most part. If Dambusters can iron out the technical issues before launch and, hopefully, improve the enemy AI, there are more than enough outfits, collectibles, guns and objectives to occupy most shooter fans without even looking at the story mode.