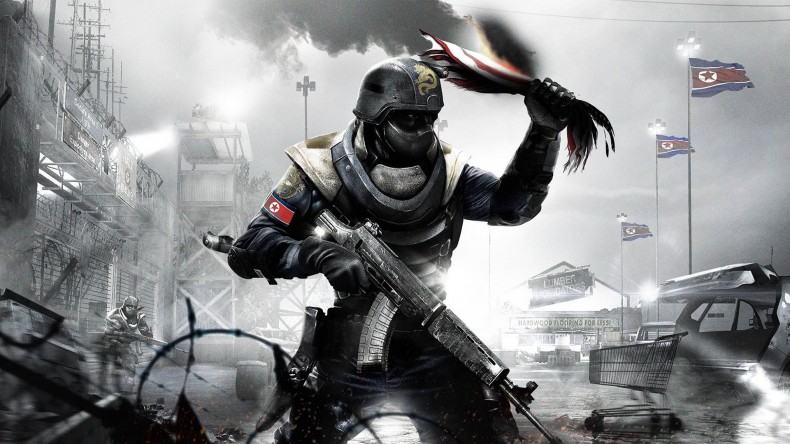 After the best part of over half a decade in development, Homefront: The Revolution is finally around the corner. Guns are being tweaked, resistance propaganda polished and we’ve had over 4 hours of hands on time with the single player campaign in the new open world environment.

The Revolution delves a bit deeper into the lore and backstory that the initial title laid down. After speaking to the community, one of the biggest complaints was that America, perhaps the biggest powerhouse in the world, could have been so easily steamrolled by Korean forces.

The new cast of characters were well acted and strangely believable, through the use of well detailed character models, motion capture and lip syncing that seemed pretty on the mark. Players take on the role of Ethan Grady: another silent protagonist. Perhaps a strange choice in a game about aiding and overseeing a resistance force.

One thing that was really drilled into us by the developers is that every action the player takes directly impacts the world around them and gameplay is distinctively distilled into three main areas/zones. Green Zones are areas where the Korean People’s Army (KPA) have installed regional headquarters, a lot of the surroundings will be noteable through significant landmarks or recognisable locations in Philadelphia. Red Zones are the war torn parts of town. These zones have been the hardest hit by the opposing forces invasions. The KPA have orders to shoot on sight to an civilians, any resistance and any players caught, these locations are designed to put your guerilla warfare tactics to the test. And finally, Yellow Zones. The remaining Philadelphian population have been funnelled into these areas and this is where you’ll find the KPA are at their most totalitarian;  heavily armed patrols , intimidating checkpoints and serious amounts of CCTV – Yellow Zones have become the ghettos of Philadelphia.

Gameplay here is quite a shift from the other areas and – open world stealth – and we all know how well that worked for the Thief reboot a few years ago. Appealing to the ‘Hearts & Minds’ of the civilians here is the aim of the game – each action or activity that you complete that aids the resistance will boost your ‘Hearts & Minds’ meter. Activities take the form of dealing with KPA soldiers that are hassling folk, destroying loudspeakers spouting KPA propaganda, taking out armoured cars & patrols etc, think a mix of Assassin’s Creed, Far Cry or that general Ubisoft style of late. If you’ll spotted committing these devious acts of heroism, you’ll be hunted in a with evasion countdown timer reminiscent of the earlier Metal Gear Solid titles. Players can dive into specialised hidey-holes dotted around such as rubbish dumpsters and portaloos that’ll decrease the evasion timer.

How about customisation and rewards? There are three main tiers that you can pummel your hard earned dosh or valuables into. Yes, valuables – items that you’ll pick up around the three zones, it’s just another currency really, nothing you can later pawn off on the Antiques Roadshow.  Incendiary devices, hacking abilities and explosives all fall under the Equipment tab. Gear upgradeables come in the form of unlockables that will boost or aid other abilities the player has such as kneepads that allow the player to increase their movement speed while crouching and, perhaps more importantly, increase the distance they can powerslide, just like that embarrassing uncle you’ve tried to distance yourself from at family weddings. Lastly, all weapons have a smorgasbord of purchasable items allowing you to turn your assault rifle into a meaty machine gun or pistol into an uzi with the recoil of a learner driver attempting clutch control on day one, if you so wish of course.

There’s been this one point I’ve not been able to shake throughout my time with Homefront: The Revolution and it might be the strangest, or at the very least completely irrational, dislike I’ve had about a video game in recent years. Homefront: The Revolution uses the same font as the PlayStation first party Resistance series. While I do realise what I’m saying might sound extremely silly or frivolous, it’s hard to shake the brand recognition that I have with that font. Remember when the PlayStation 3 used the Spider Man movies font?

Colin can normally be found knee deep in the murky world of Final Cut Pro X as he attempts to edit everything on his Macbook Pro that gets so unbelievably hot that it's melted part of Scotland.
Support us on Patreon for exclusive content