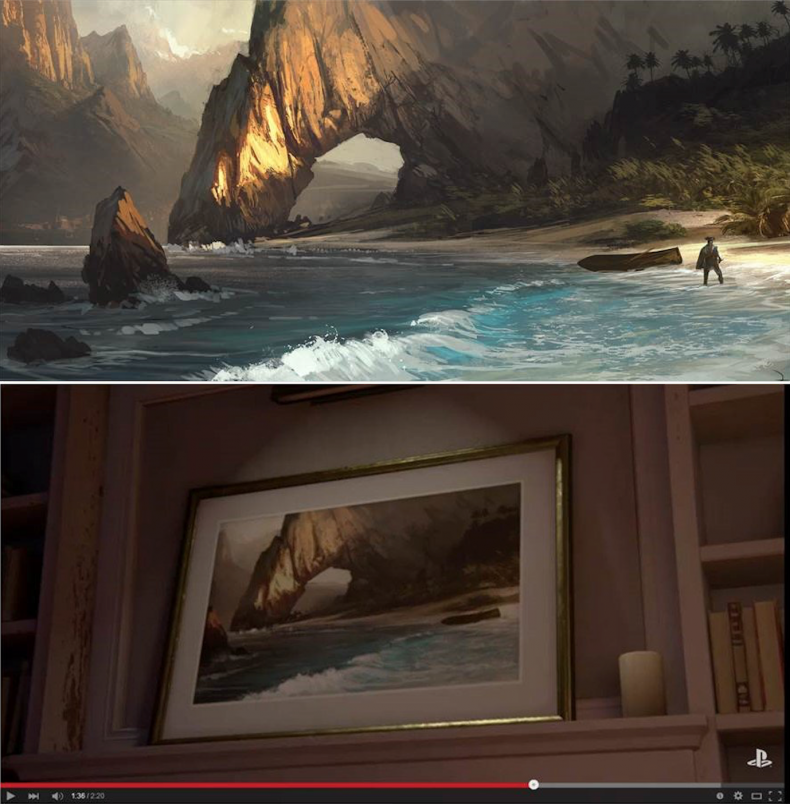 “No two ways about it… we fucked up,” tweeted Neil Druckmann after it was revealed that the latest Uncharted 4 story trailer actually featured some concept art from Ubisoft’s Assassin’s Creed: Black Flag.

Following the release of the story trailer earlier today, it was quickly noticed that the video featured so familiar concept art, as tweeted out by Twitter user Nibellion:

So why is an image of the Assassin's Creed IV artbook in Uncharted 4? https://t.co/hLRCAgMa9h pic.twitter.com/oFIlt2vcis

Alex Hutchinson, creative director at Ubisoft Montréal, then tweeted at Jonathan Cooper, animator on Uncharted 4, pointing out the lifted concept art in the trailer:

@GameAnim Doing your own concept art is twice the work? 😉 pic.twitter.com/sO7ZAQ6sQ1

The saga doesn’t end there, though. PlayStation deleted the original trailer and re-uploaded an altered version, one which removed the Assassin’s Creed concept art and replaced with an original piece, which can be seen below.

Word apparently got to Naughty Dog real quick, as Neil Druckmann tweeted out a link to the updated trailer and an apology posted on Naughty Dog’s official website. The apology reads:

“In our eagerness to get the story trailer out we made a regrettable mistake and didn’t thoroughly vet the art work used for an in game painting. We hold all artistry in high regard and take full responsibility for having allowed this to happen. We want to sincerely apologize to everyone at Ubisoft, the Assassin’s Creed team, the original artist, and our fans.”

No two ways about it… we fucked up. Here's the full statement:https://t.co/uYf4mzrYa0
Updated trailer:https://t.co/wqYVkFbHBC

The original trailer featuring the “stolen” concept art is quickly being scrubbed from YouTube by all official outlets. You can see the original trailer via Eurogamer below, and the updated version below that. Skip ahead to 1:36 to find the offending painting.