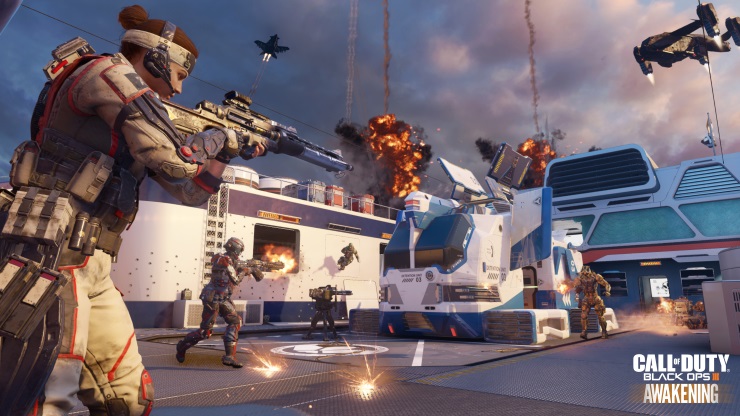 There has been no shift at the top of the UK charts for week six of 2016: Call of Duty: Black Ops III remains strong at the top with Lego Marvel Avengers remaining in position two.

There’s been a bit of change elsewhere in the chart: FIFA 16 rises one place on last week’s position to take third place, with GTA V climbing two places to take position four.

There is no movement at the bottom of the top ten, with both Assassin’s Creed Syndicate and Minecraft: Story Mode remaining strong in nine and ten respectively.

Likes to shoot stuff and wear pretty shoes. Is a BEAST at Titanfall.
MORE LIKE THIS
Call of Duty Black Ops 3Fallout 4Lego Marvel AvengersRainbow 6 siege