previous
Let's Learn: WWE with Adam and Colm
random
next
Pre-ordering DOOM on Xbox One will net you a free copy of Doom 1 and 2
0 comments

Yo-Kai Watch for 3DS launching in Europe on April 29 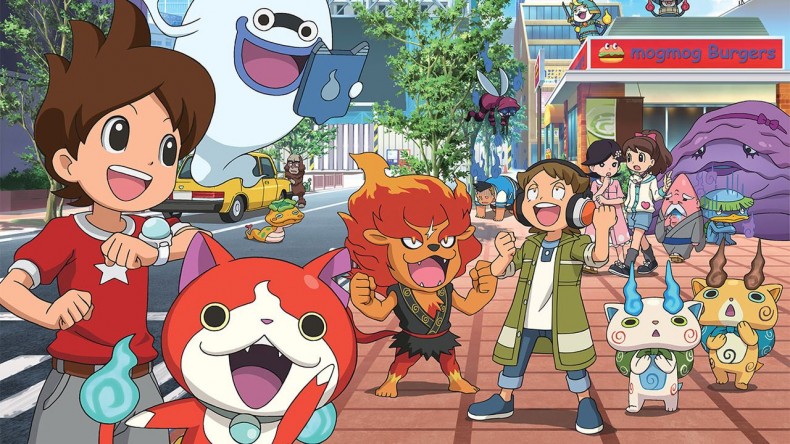 Nintendo have announced that their mega-selling RPG title Yo-Kai Watch will release in Europe on April 29, follow its release in Japan in 2013 and Australia and the United States in 2015.

Players take control of Nate Nate, who comes across a peculiar capsule machine next to a sacred tree. When he opens one of the capsules up, it brings forth a Yo-Kai —  a reference to yōkai, which are known in Japanese folklore to be mischievous spirits. The first Yo-Kai, Whisper, gives Nate a device known as the Yo-Kai Watch which allows him to identify and see various different Yo-Kai that are haunting people and causing mischief. Players are tasked with solving the issues of Springdale and convincing the Yo-Kai to help.

Yo-Kai Watch has already shipped over 10 million copies in it’s previous markets, and Nintendo are hedging every bet that it will take off in Europe too. The game has seen two sequels in Japan, with the first shipping over 1.3m copies in its first week according to MCV. The anime series of Yo-Kai Watch will also be making its TV debut on UK television via Cartoon Network, launching just before the release of the game on April 23.

Currently an English, Journalism and Creative Writing student at the University of Strathclyde. Based in Glasgow, I spend most of my free time playing video games ranging from Japanese visual novels to horror games. You can contact me at greg@godsiageek.com!
MORE LIKE THIS
europeeuropean release datelocalisationnintendo