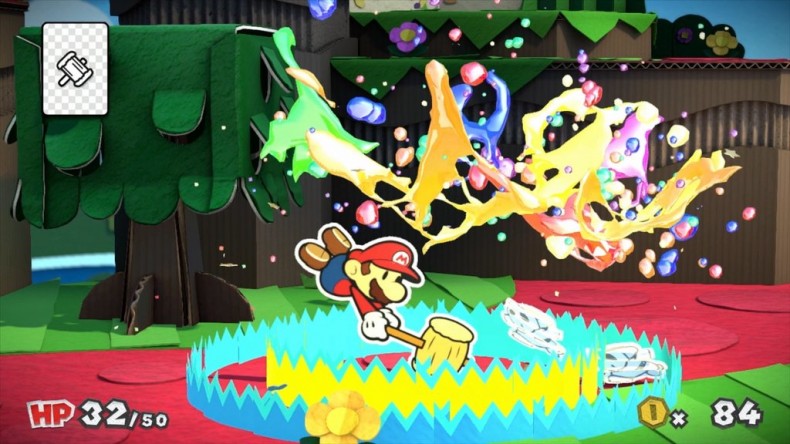 Nintendo have announced via their Direct that Paper Mario: Color Splash will arrive on Wii U later this year.

This is the first Paper Mario title to be developed for the Wii U, and is currently still in development prompting Nintendo to skip out on announcing a release date — we’ll get one “sometime in the future”.

Paper Mario: Color Splash takes place on Prism Island, which has been drained of its colour. Mario is equipped with a paint hammer and is taken with restoring colour to the island, including one example shown in the Direct that featured reanimating some whited-out Toads.

The game is due for release sometime this year.

Currently an English, Journalism and Creative Writing student at the University of Strathclyde. Based in Glasgow, I spend most of my free time playing video games ranging from Japanese visual novels to horror games. You can contact me at greg@godsiageek.com!
MORE LIKE THIS
Directnintendopaper mariorelease date