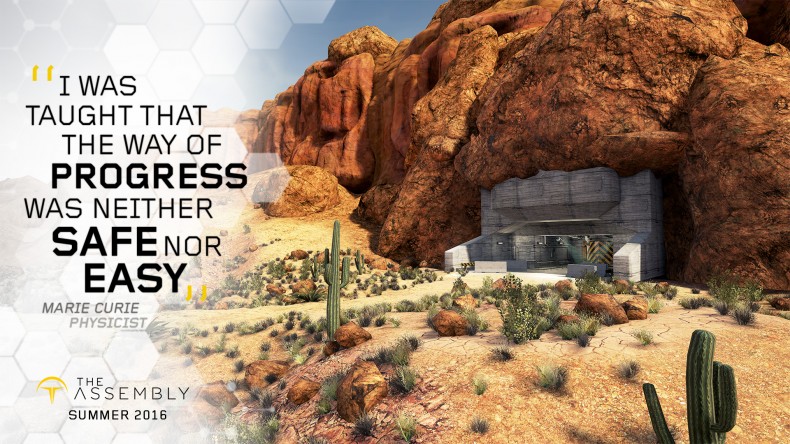 Adventure VR title The Assembly will launch this summer for Oculus Rift and HTC Vive and will be available at a later date for Sony’s PlayStation VR, nDreams have announced.

The Assembly is an interactive story in first-person VR where players assume the role of two protagonists. Put forward as a “perfect introduction to VR”, the game centres around the eponymous Assembly, an “enigmatic collective that has hidden itself from the world so as to conduct its experiments outside the constraints of government scrutiny and society’s morals”. Players are tasked with uncovering the secrets behind this organisation, exposing the truth.

Check out some new screenshots in the gallery below, and read my preview of The Assembly here.

Currently an English, Journalism and Creative Writing student at the University of Strathclyde. Based in Glasgow, I spend most of my free time playing video games ranging from Japanese visual novels to horror games. You can contact me at greg@godsiageek.com!
MORE LIKE THIS
Gameshtc vivenDreamsOculus Rift