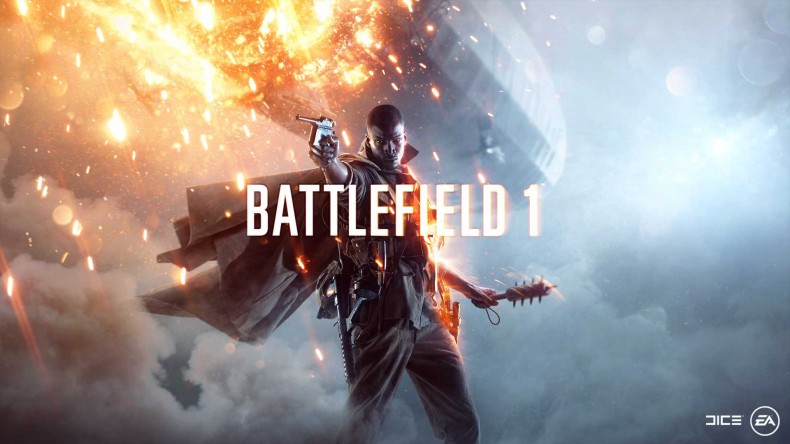 When it was announced that Battlefield was moving its titular fighting area to the setting of World War One, it was an extremely interesting choice – with their seminal games of Battlefield 3 and 4 strongly involved in a near-futuristic digital warfare, it was a fairly bold choice to not only look at the past again, but also pick World War 1. World War 1 hasn’t been the theatre of choice for many video games, outside of the simulation multiplayer shooter Verdun and Ubisoft‘s beautifully haunting Valiant Hearts series. Battlefield 1 is, unsurprisingly, more like the former than the latter.

It becomes apparent as soon as you’ve had a few matches in the Closed Alpha that the choice is rather an inspired one. While you don’t spend your time fighting in trenches and no-mans lands (which, as historical purists will point out only started in the latter half of 1915 anyway), you do spend your time in St Quentin’s Scar, which starts off as a fairly ramshackle but quaint town with a few craters outside it. However, whilst Battlefield 4’s map degradation, known by the much-derided name of Levolution, was present in grand but fairly predictable ways, Battlefield 1 has returned to the days of the Bad Company series. What this means is if you see something, chances are you can blow it up, level it, or create a huge crater under it. When a 64 player Conquest match gets going with tanks, anti-tank missiles, grenades, and the occasional crashing plane or blimp, the map becomes almost unrecognisable. This creates a new experience every match you play: the building you might have found a useful scout spot in your previous match at Checkpoint Apples might now be just a pile of exposed rubble. Success in Battlefield 1 requires adaptability. As you might expect from a game set in the world’s first era of total annihilation-capable weapons, the action becomes frenetic extremely quickly, with a very tangible sense of danger. In one Conquest match, I was trying to capture Checkpoint Edward, when the tank I was being transported was attacked with grenades. As soon as I jumped out of the tank to attack the point, I ran straight into a gas cloud. With grenades to the back of me and gas to the front, I perished extremely quickly. I have never felt the stakes so clearly as in Battlefield 1.

The vehicles such as tanks and planes are truly game-changers. If your team holds the points where you can spawn tanks, you control the battlefield. If you’re unlucky enough to not hold those points, you certainly have to keep your wits about you. Being crushed to death by a tank crashing through the wall you are behind is a common occurrence. To level the playing field (in both senses of the word), the losing side is granted a large vehicular concession on each map. In St Quentin, this takes the form of an enormous Zeppelin, complete with multiple heavy-caliber machine guns. Raining fire from above has never been so slow, or so destructive. With a concerted effort from the enemy pilots, the Zeppelin can soon trigger the most majestic sight the Alpha has to offer: a flaming wreckage of a Zeppelin crashing down onto a capture point that is already a graveyard of craters and burnt out tanks, utterly decimating the surrounding buildings and any souls unlucky to be trapped in or underneath the airship. If this were a film, it would be utterly horrifying. In Battlefield 1, it’s just one of the many ways in which you will die. And you will die a lot. This is a given, especially in the larger Conquest modes but also in the smaller fast-paced Domination mode. Scouts have been the king for a while in the alpha, to the extent where getting caught out in the open often means instant death from 250 yards. This isn’t to say that that is always the case – the weapons available to you in the Alpha are all authentic World War 1 weapons, but DICE has chosen to break with realism while still keeping authenticity. While in all likelihood, 90% of the Allied Soldiers likely used a Lee Enfield rifle, here you have a full array of weaponry from across the war, including the first submachine guns that were introduced in 1918, plus familiar weapons to those of who grew up playing World War 2 shooters, such as the BAR. But in a world where every multiplayer shooter seems to have the same array of assault rifles and SMGs, it’s nice to be met with something new.

The effectiveness of whatever weapon and class you pick (there are 5 classes: Assault, Medic, Scout, Support, and with those of you who pick to spawn in a plane or tank becoming the de-facto Engineer) is often determined not just by the terrain and your team-mates, but also by the weather conditions. The rolling fog that often descends upon the map means that visibility for the Scout class is often incredibly limited, meaning the match then favours the Assault and Support classes brave enough or foolhardy enough to charge into the points. The weather changes how the game plays in a way that it does in few shooters.

After pumping a large amount of hours into the Alpha, Battlefield 1 still left me hungry for more. With only two modes (Domination and Conquest) and one map, it held my attention, and the signs are extremely promising. However, it is with degree of impatience, fueled by enjoyment of the alpha, that I wait with bated breath for more. October 21st can’t come quick enough.