Evolve is turning free-to-play on PC 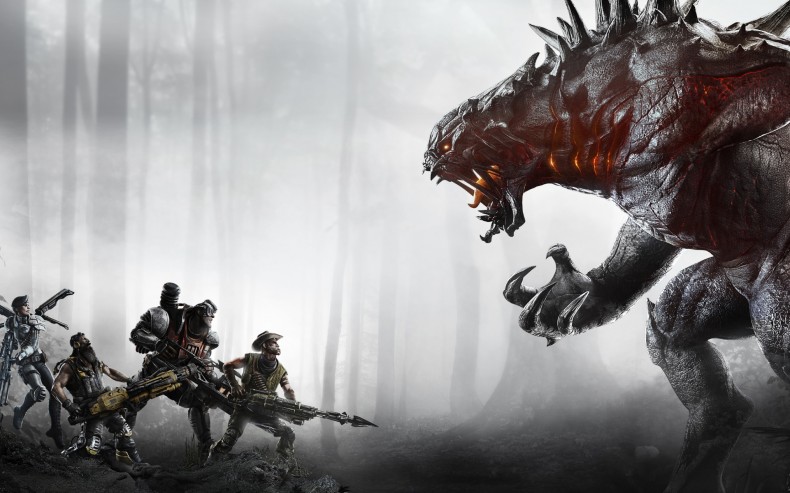 Turtle Rock Studios have announced that their co-op monster hunting title Evolve will become free-to-play on PC, just a year and a half after its initial release in February last year.

In a blog post titled “A Message to Our Community”, the studio’s co-founder Chris Ashton discussed the negative media coverage that surrounded Evolve relating to the amount of its confusing DLC bundles: “When Evolve launched, the reception wasn’t what we expected. Sure, there were some good reviews. There were also bad reviews. Yes, there was excitement. There was also disappointment – for players and for us. The DLC shitstorm hit full force and washed away people’s enthusiasm, dragging us further and further from that first magical pick-up-and-play experience.”

“We want that magic back and we aim to make it happen. We’ve made a lot of changes, improvements and additions to Evolve over the past year and we’ve got a lot more coming. In short, we’re giving this game a vigorous overhaul!” he continued. “It means we’ve been listening and now we’re taking Evolve in the direction that a lot of you have suggested since the beginning. We’re making Evolve free on PC. No buy-in or box required.”

Evolve has currently been removed from the Steam Sale and will enter free-to-play beta today (July 7), allowing the developers to test their new server infrastructure under the weight of an increased player base. As issues crop up, Turtle Rock say they’ll “parse out major Beta revisions, updates and features over a period of weeks and months.”

Those who have already paid for Evolve “will be given “Founder” status in the new free version, and all the content you already own comes with you to the new version.” These players will also receive extra “gifts, rewards, and special access.” “Why?” Ashton writes. “Because you believed like we did, and we will never forget that.” It is currently unknown whether the new free-to-play method will make its way to consoles in the future.

Evolve launched last February, with our review describing it as “very, very good, but it could have been spectacular.”

Currently an English, Journalism and Creative Writing student at the University of Strathclyde. Based in Glasgow, I spend most of my free time playing video games ranging from Japanese visual novels to horror games. You can contact me at greg@godsiageek.com!
MORE LIKE THIS
Evolvefree-to-playTurtle Rock Studios

Evolve goes free to play and the numbers spike