previous
Yakuza 0 comes west on January 24
random
next
One night in Karazhan: A Hearthstone Adventure announced at ChinaJoy
0 comments 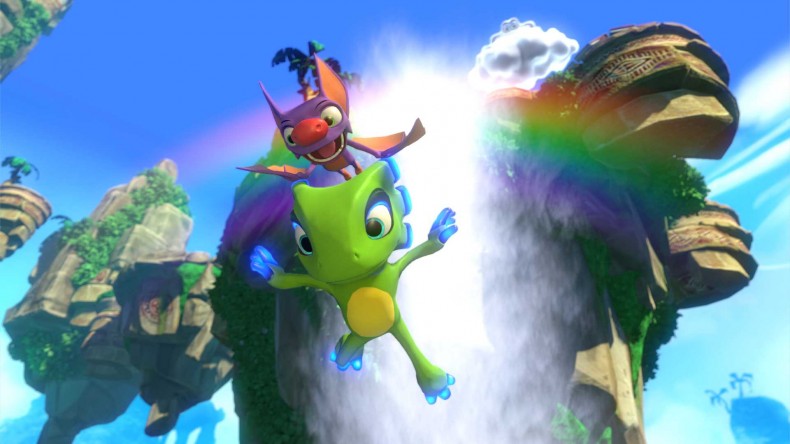 Playtonic Games have begun rolling out codes for their Yooka-Laylee Toybox experience to eligible Kickstarter backers, allowing them a spoiler-free look at the how the game will play when it launches early next year.

The Toybox is a “self-contained, spoiler-free sandbox” which gives players a chance to try out the platforming elements of Yooka-Laylee without ruining the mystery of the story. The developers differentiate this from a traditional demo as there are “moves to try, custom-built props to play with, secrets to discover and… shiny collectibles to hunt out.” Playtonic has also added in a previously-unseen NPC for players to interact with.

Backers who participate in the Toybox can give feedback on mechanics such as the camera, movement and controls to help Playtonic Games improve the game before final release. Codes for the Toybox will be delivered to backers today, and will work on either PC, Mac or Linux.

Currently an English, Journalism and Creative Writing student at the University of Strathclyde. Based in Glasgow, I spend most of my free time playing video games ranging from Japanese visual novels to horror games. You can contact me at greg@godsiageek.com!
MORE LIKE THIS
demoplaytonic gamestoyboxyooka-laylee