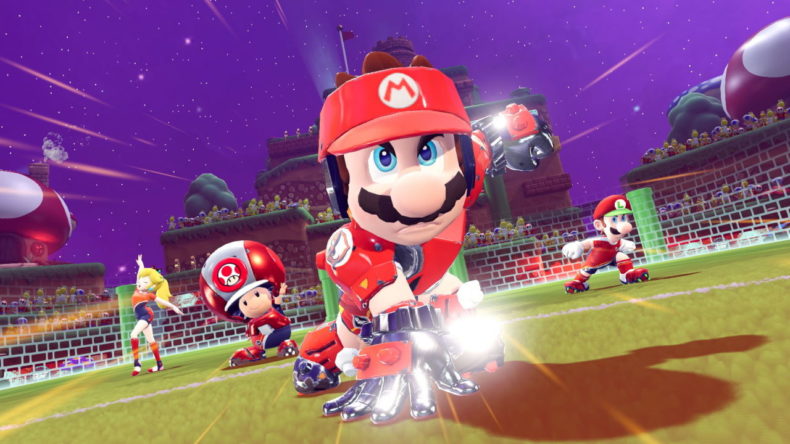 Nintendo has announced that a free demo for Mario Strikers: Battle League Football will culminate in online matches from June 4 2022 to June 5, 2022, and this demo is available to download now. The demo includes access to online team battles, as well as a training mode to learn the basics, ahead of the June 4-5 weekend.

Across the weekend of June 4, 2022, and June 5, 2022, there are specific online windows to play against other players. See the list of times below:

With online team matches for Mario Strikers: Battle League Football First Kick, players can form a team with other players and challenge others online. Each team can consist of players from 2 Nintendo Switch consoles, and a maximum of 2 players can join the team from each console, making it possible to line up with up to a maximum of 4 players per team. It is possible to form an alliance with random players or friends online. Experiment with all 10 characters in the game, test their unique abilities, and assemble a team based on your preferred playing style.

If you’re excited for the new Mario Strikers: Battle League Football demo, then check out the overview trailer below: