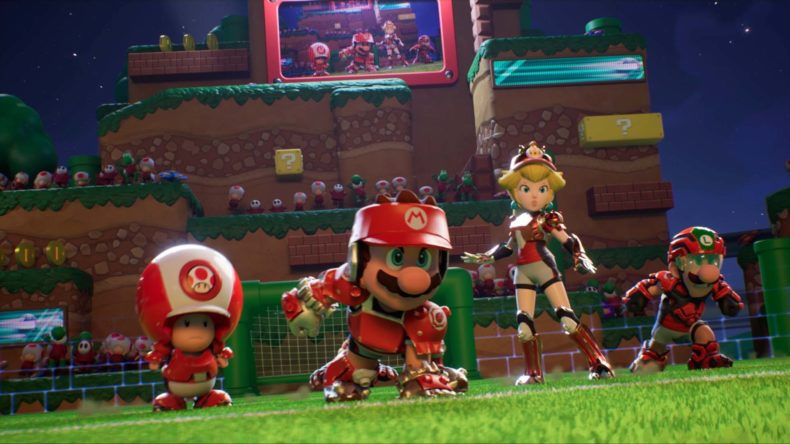 As I sat in front of the dazzling title screen of Mario Strikers: Battle League Football, I was reminded that I once reviewed the original game in the series, back in 2005, on a system that is now legitimately described as “retro”. This made me feel a strange combination of nerdy pride and age-related fear.

Unlike me, the Gamecube version hasn’t aged too well, but the Wii sequel proved that there was still a place, and a need for decent arcade style sports titles. After just a few minutes with Mario Strikers: Battle League Football (Next Level’s third stab at a Mushroom Kingdom based soccer sim) I can say this is still very much the case. In fact, we could have one of the best stylised sports approximations on our hands since Speedball 2 or NBA Jam. 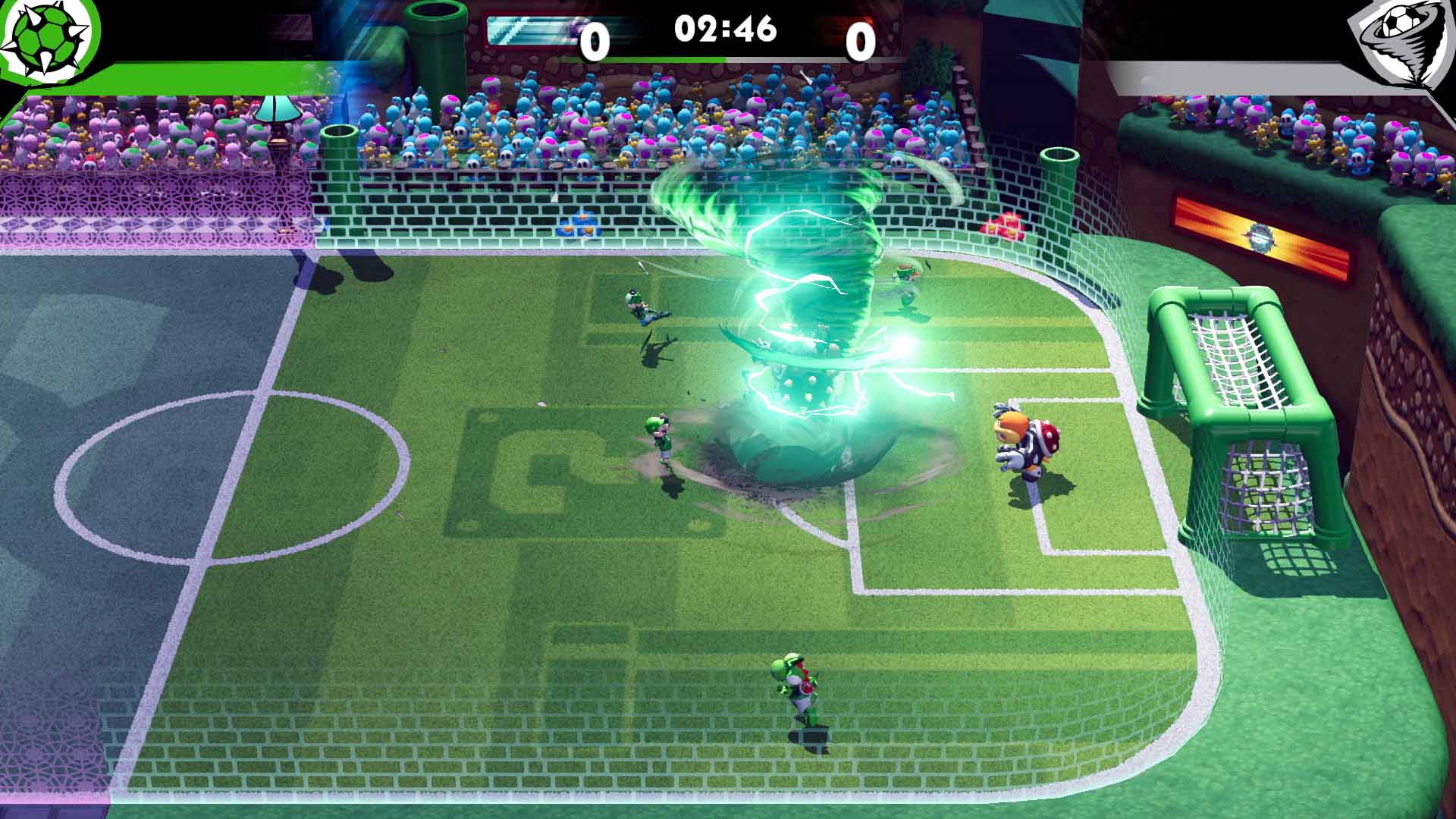 The preview session began by allowing us to run through the tutorials. It soon became apparent that despite the cartoonish presentation and what you may expect to be a simplified version of the beautiful game, there is a tonne of depth at play here, and a lot of tricks and bells and whistles to master.

As well as the standard passing, lob shots and strike options, there are charged varieties of each with timing based sweet spots to learn; you can execute a “perfect” variety of each shot, pass or tackle type, lending it an ex-style enhancement. You can commit unpunished fouls of such crushing atrocity that I winced the first time I ironed out Yoshi with one. There are fighting game-like cancels, dashes, one-two passes, and through balls, and the ability to tee up shots for your teammates to volley into the net. 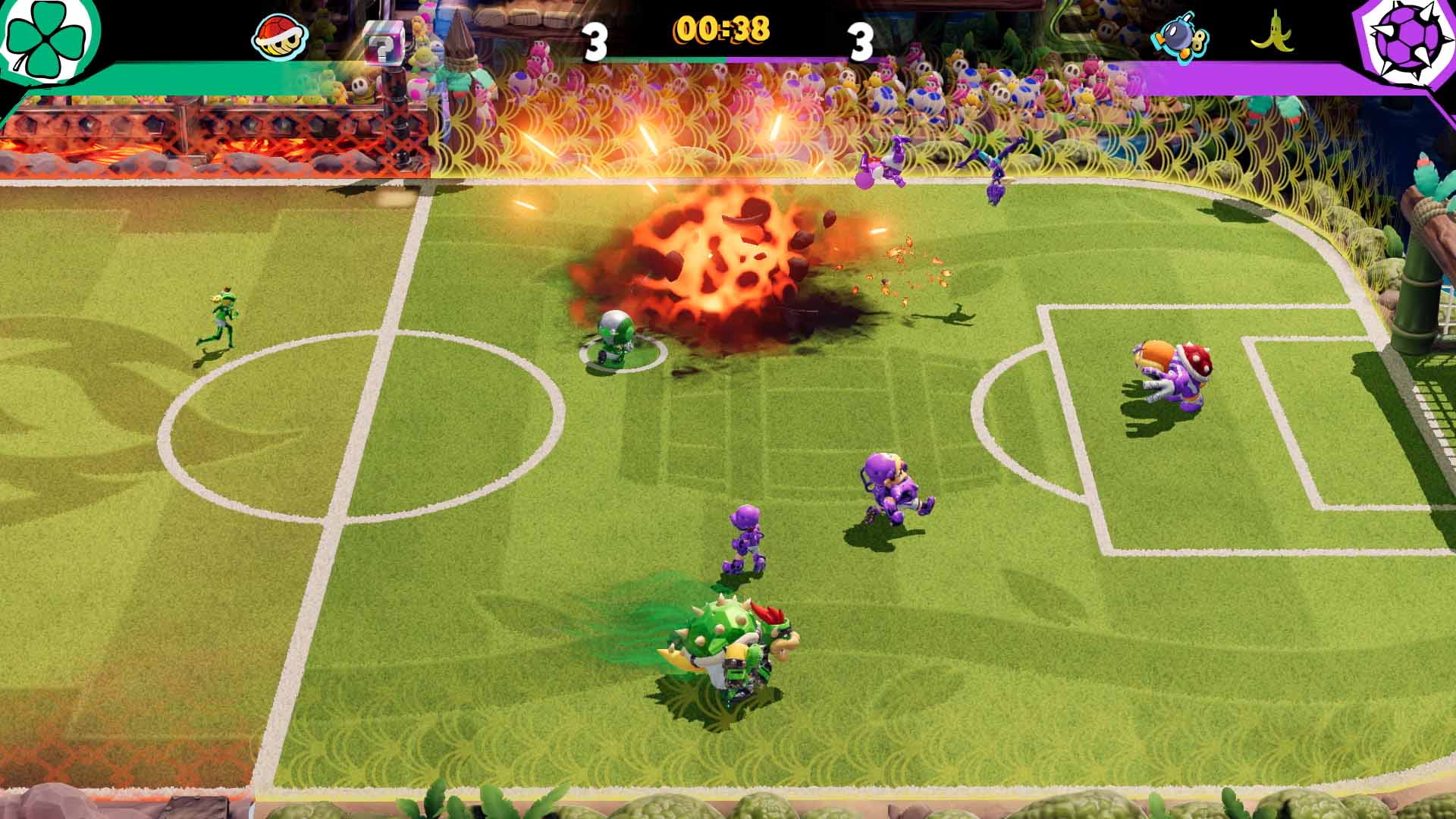 It wouldn’t be a Mario-themed arcade footy fest without power-ups though, right? As well as electrified perimeter fencing that you can smash your opponents into, there are several other ways to maim, explode, and pole-axe the opposition. And they come thick and fast. The ubiquitous question mark blocks appear on the field and gift a variety of familiar items. Green and red shells, Bob-ombs, speed-up ‘shrooms, and stars are all present and correct and led the action an element of chaos and unpredictability.

Joining the weaponry is the glowing orb that randomly appears at intervals, which, like when you hoover up all the gems in Power Stone, grants the ability for anyone on your team to execute a super move, or Hyper Strike. This is easier said than done in a match situation as these crazy strikes take a while to charge up, leaving you vulnerable to a challenge whilst doing so. You also have to successfully hit a timed series of button presses to gain full accuracy and power. If you pull one off, you are granted with an incredible bespoke animation for each character in the same satisfying, screen juddering manner of a super special in Street Fighter. Oh, and a cheeky two points instead of one. 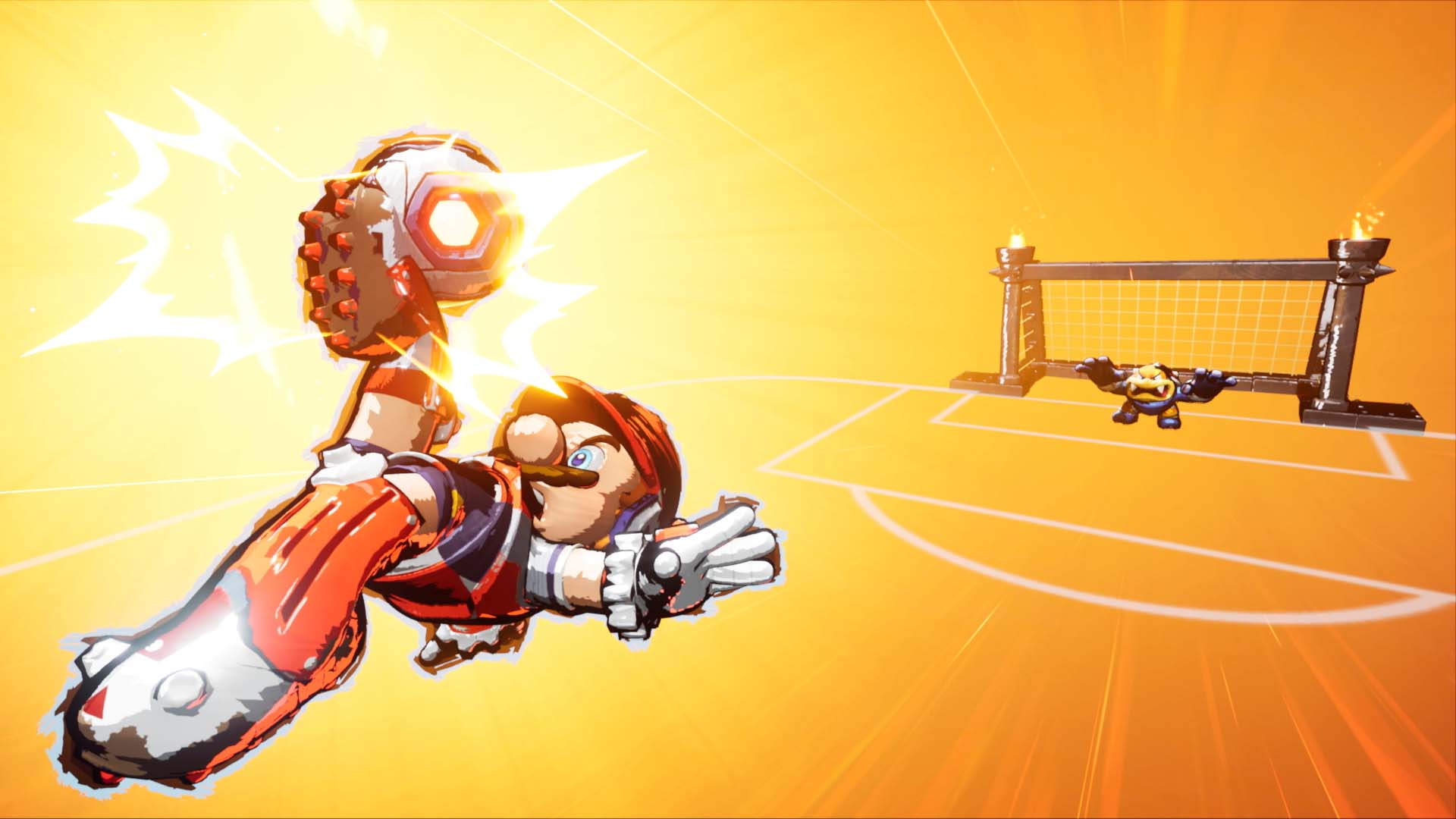 The characters all feel distinctly unique, and are brought to life with the panache and humour you would expect. Wario straight up trolls the entire sport by cheating the entire time. There is no fancy footwork from the garlic chomping anti-hero – he just picks the damn ball up and throws it, like a miscreant child derailing a playground match. Mario and Luigi are the solid all-rounders, whilst Peach feels nimble and more likely to slalom her way past the larger and more cumbersome powerhouses like DK or Bowser.

There are customisable sets of gear that are purchasable via what looks like a reasonably generous in-game currency system. The gear not only enhances the stats of your on-field players, but are imaginative, funny, and look fantastic. 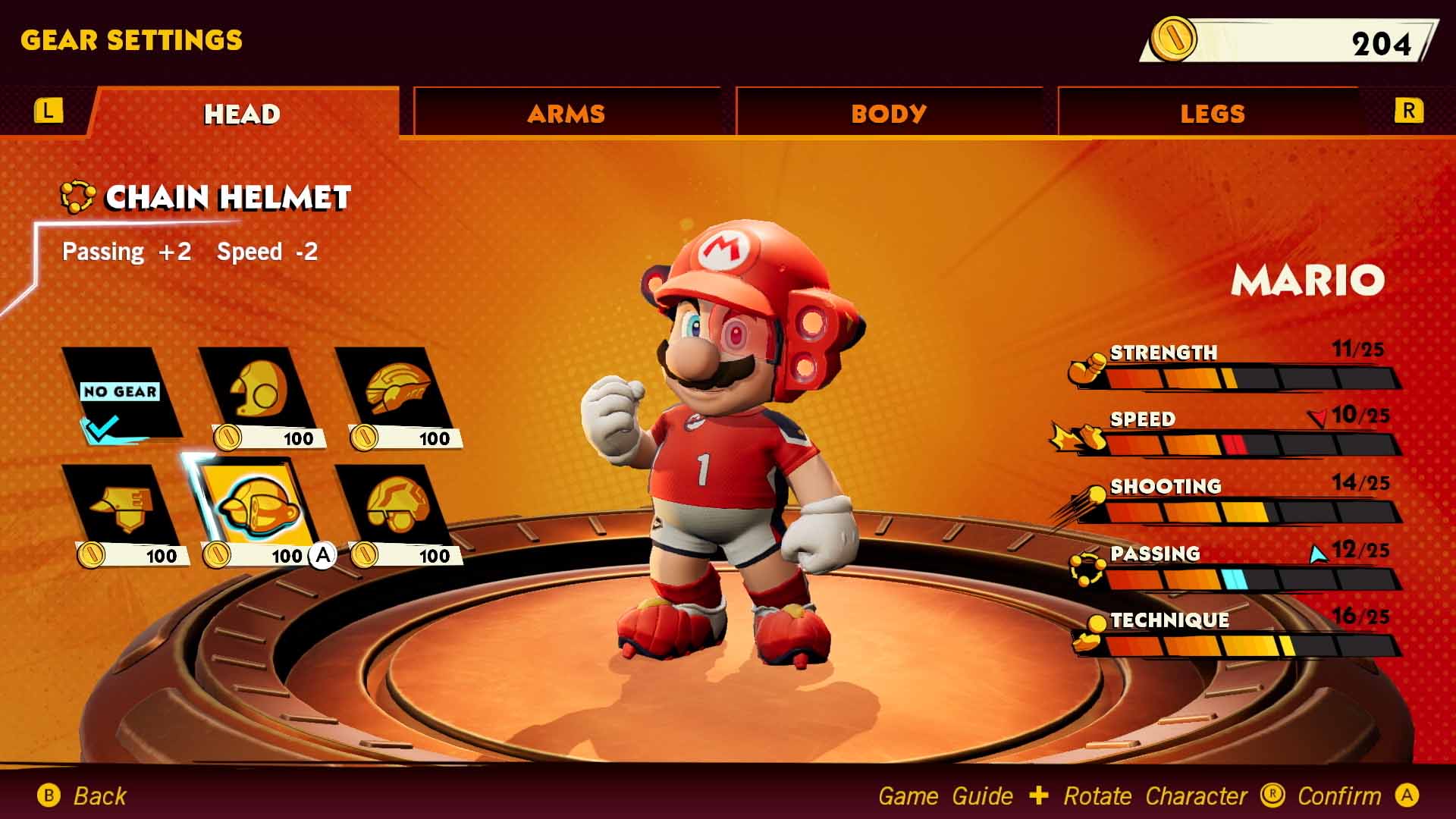 Piecing together all you learn from the tutorial into an actual match is initially intimidating, but by the end of the session I was feeling confident, enjoying the game immensely despite the little flaws, and went home desperate for more. The goalkeepers were a slight issue for me. Either superhuman or worryingly inconsistent, and sometimes the whole thing felt a bit too chaotic for its own good.

Up to 8 players can play couch multiplayer, which has beer-fuelled session times written all over it. This could also be an online winner for Nintendo, as you can participate in online custom leagues, and play co-op or against your mates. I want to do this, which is a good sign, as getting me to participate online has been described as being like removing Steve Smith from the crease. Looking forward to this one.

The king. If you know, you know.
MORE LIKE THIS
MarioMario Strikers: Battle League Footballnintendonintendo switch